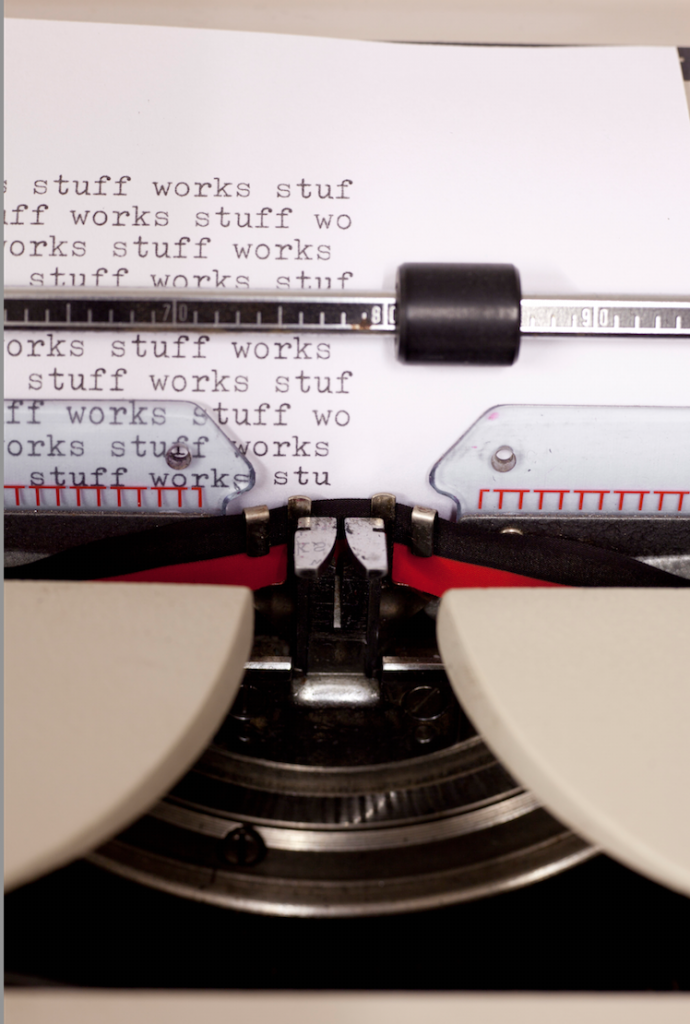 Last fall, Patrick Ebensperger opened his gallery in one of the most interesting forgotten spaces in town, a former crematorium in Wedding where you can still find ungentrified Berlin roughness. The place itself still looks entirely abandoned; the walls overgrown with moss and weeds. Finding the entrance is a bit tricky. It is just an innocuous rusty metal door in the stone wall with a bell and a handwritten note next to it that says “gallery.” Behind this first door there is a yard. There are recesses in the walls where the urns used to be kept, more walls, and more doors. One of them opens into the gallery.

Presumably there must be someone, somewhere, on the premises, but they are nowhere to be seen. Upon entering, the visitor is faced with two large noise meters mounted to the wall and a typewriter typing away by itself at the other end of the room. 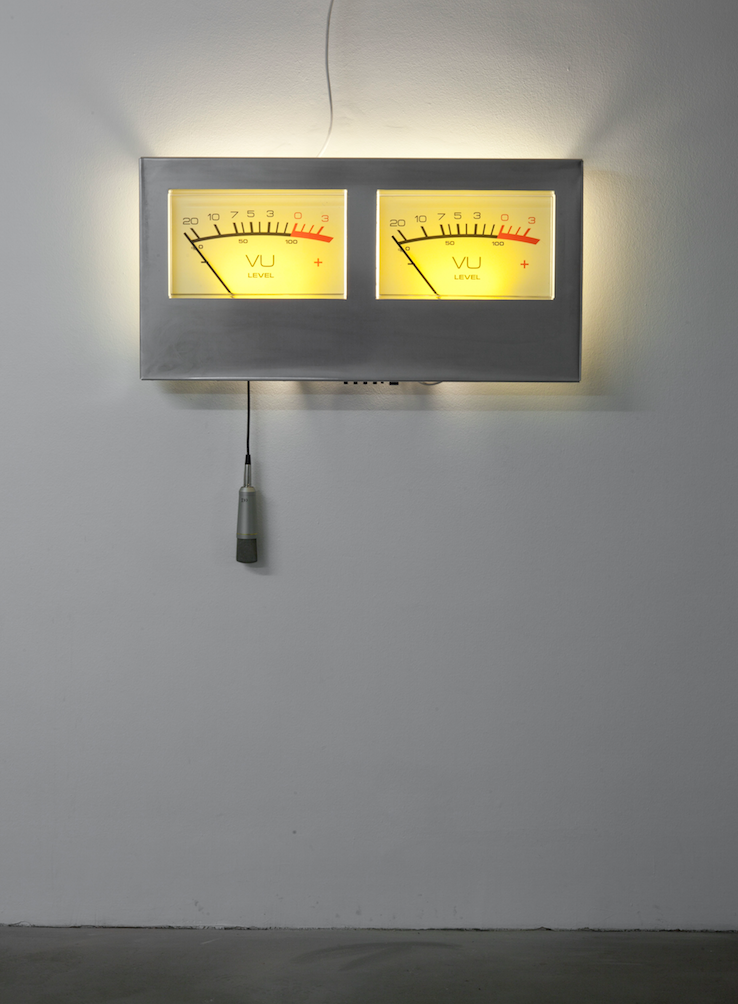 The needles of the noise meters move violently to the rhythm of the typing:

There is a sheet of paper in the typewriter and a large stack of paper next to the machine. All of them read:

Which incidentally is the title of this show by Austrian artist David Moises.

This Kubrik-esque installation straight out of “The Shining” sets the tone for this show that consists mainly of inanimate objects that seem to have come to life.

David Moises studied art and industrial design, and his work plays with recombining everyday objects into surprising and functional sculptures. His mechanical interventions are creepy, playful, and humorous, and seem to be in the tradition of engineer-artists like Jean Tinguely and Roman Signer. 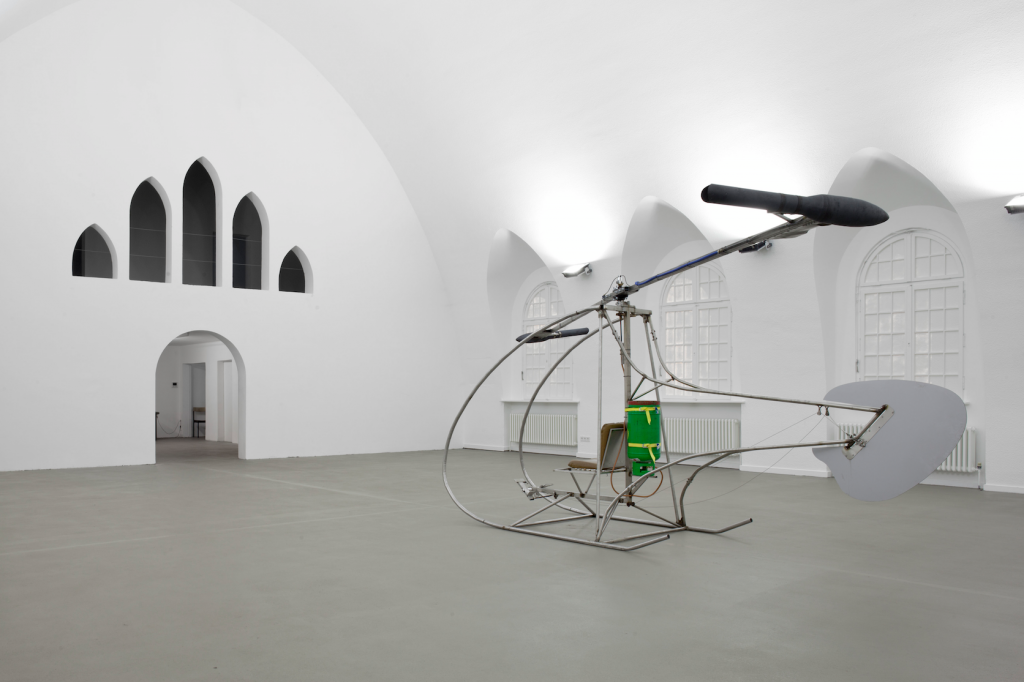 The space is big enough to dedicate the neighboring room to a helicopter, which it does. The propane-powered aircraft is an intriguing piece of engineering controlled with foot pedals and strings; the propane tank has unfortunately been removed, possibly to prevent theft.

“Catch 22,” three metal cans in the corner, is the most frustrating piece in this show. The can openers listed among the materials used are presumably contained inside the cans.

Despite the noise of vacuum cleaners from the basement, there is in fact no cleaning happening here. The vacuum inflates a big aluminum hose tied into a knot that occupies an entire room. In another room there is a chandelier with cigarette lighters that promise to light up if pneumatically pushed towards the ceiling.

And the basement also houses a machine that was used in a performance during the opening, the remnants of which can still be seen: ashes and cigarette butts.

Instead of light-emitting diodes, cigarettes are stuck into the sockets and a machine attached to the contraption controls which ones are being sucked on. Not surprisingly, the message spelled in glowing cigarette heads is:

Next post SFAQ Pick: "May Hands" solo exhibition by Emanuel Röhss at T293 in Naples, Italy.