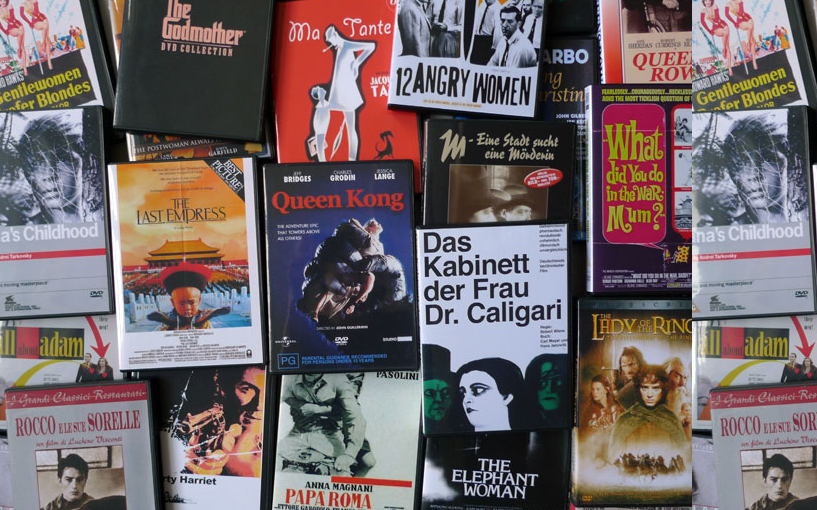 Does it strike you as a bit absurd that Hollywood, ever marketing itself as a benevolent warrior for human equality, for the most part, and its major trophy-awarding organizations—those Globes, those SAG awards, those Oscars and such—still bifurcate its recognition for acting based on anatomical gendering? Why do Best Female Director and Best Male Costuming categories not exist? Because that just seems absurd, really—What would differences in gender have to do with directing?

And yet Hollywood takes pause in their decision-making to adjudicate thespian triumphs based on differences in genitalia. Mind you, genderbending is often rewarded. At the 72nd Academy Awards in 1999, Hilary Swank received the Oscar for Best Actress for her performance in Boys Don’t Cry as Brandon Teena, a transgendered victim of hate crime long before the screams of Prop 8 started moving queer rights to the forefront of a Supreme Court docket. Seventeen years earlier, Dustin Hoffman was nominated for the Best Actor Oscar for his critically and economically successful cross-dressing performance in Tootsie, which told the story of a straight actor falling in love while donning panties to save his career’s ass. Tootsie‘s cultural success could be attributed to its farce, Hoffman’s aplomb in depicting the absurdities of a gendered society through his character’s experience of tucking-it-under for success, and his character’s character, his female persona’s role on a soap opera, overcoming scripted male chauvinism, sexual harassment, and the like. 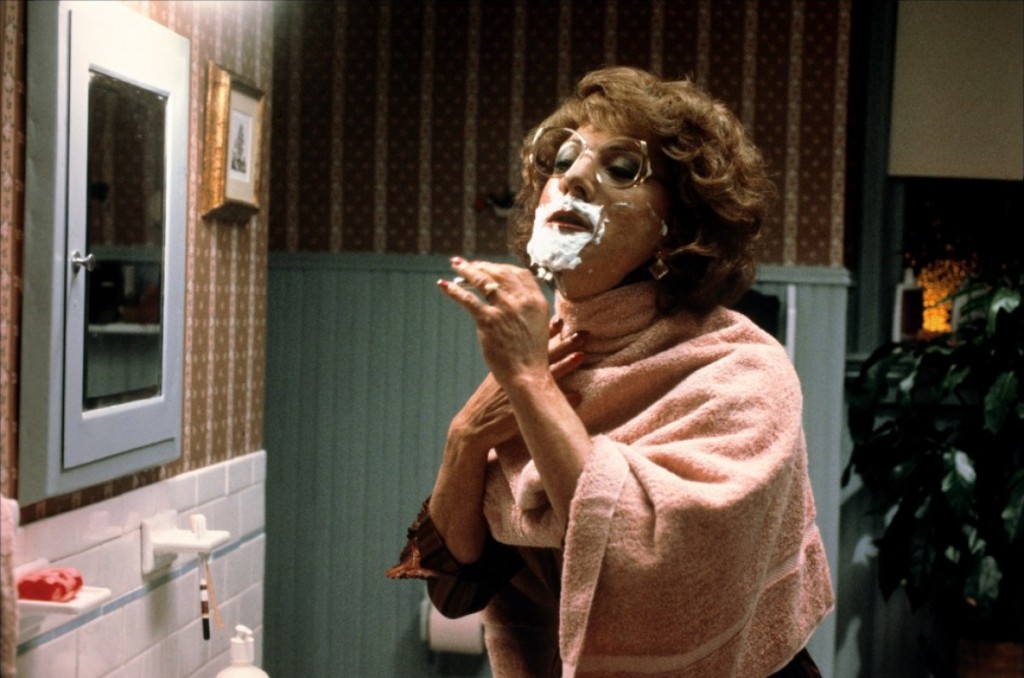 Gender is a great marketing tool; for decades its categorical imperative has doubled the marketable amount of consumer products America has churned out as it synchronously helped halve the perceived romantisexual combinations acceptable throughout society. This, based on biological differentiation. Dicks or cunts. Flaps of skin.

If those three major awarding organizations, the Screen Actor’s Guild, the Hollywood Foreign Press Association, and the Academy of Motion Picture Arts and Sciences, all still bifurcate their decisions based on flaps of skin, why are they not also subdividing the awards further, say, by color?

The timely exhibition of artist Daniela Comani’s re-scripting of film history, My Film History – Daniela Comani’s Top 100 Films, now on view at Charlie James Gallery in Los Angeles, is not to be missed, for it is now awards season at its best. This year, as is traditional, good acting will be equally recognized between the genders; non-white actors, however, will not. As Steven Zeitchik and Lorraine Ali report in their recent Los Angeles Times article, “Oscars 2015: Diversity is the biggest nomination snub,” many observers view the nominated lineup as an “insult.” Yes, it’s absurd, too — illogical, inappropriate, and unreasonable. At the very least, Chris Rock deserves a nomination for his recent diatribe on Hollywood’s racist entrenchment, although, sadly, it would be less for acting and more for documentarian perfection.

Comani has taken the classics of film history and genderbent their casts, their marketing posters, and, ultimately, each film’s meaning. Spiderman is now a post-op Spiderwoman, reminding us even anthropomorphism isn’t without its biases. No Country for Old Men is feminized, further noting how the eschewal of old women is industry normative, a fact Oscar winner Julia Roberts recently discussed when she claimed her lack of plastic surgery puts her career at risk. I smell a Tootsie reboot! Or maybe she could take Al Pacino’s place for a different reboot, Scent of a Man, another work where Comani steps beyond the implications of gender bias by not only homoeroticizing a storyline into something that sounds more pornographic, but also marks how gender even has its own accompanying natural and synthetic aromas. Aware of this, and aware of that lovely fragrance a well-aged paperback effuses, Comani reassigns literature as well, taking an Invisible Woman out of a dusty bookcase corner and coronating her, instead, as The Little Princess. Presented as framed unfolded movie posters, portraits of books, and especially as DVD cases, her work on view underscores how much value we imbue in shells, objective bodies and packaging — is an unframed DVD box leaning, on a shelf, against a wall any more or less art than a DVD box hanging in a shadow frame — and how simple differences in implementation can greatly change perception about, ultimately, the same body of things. 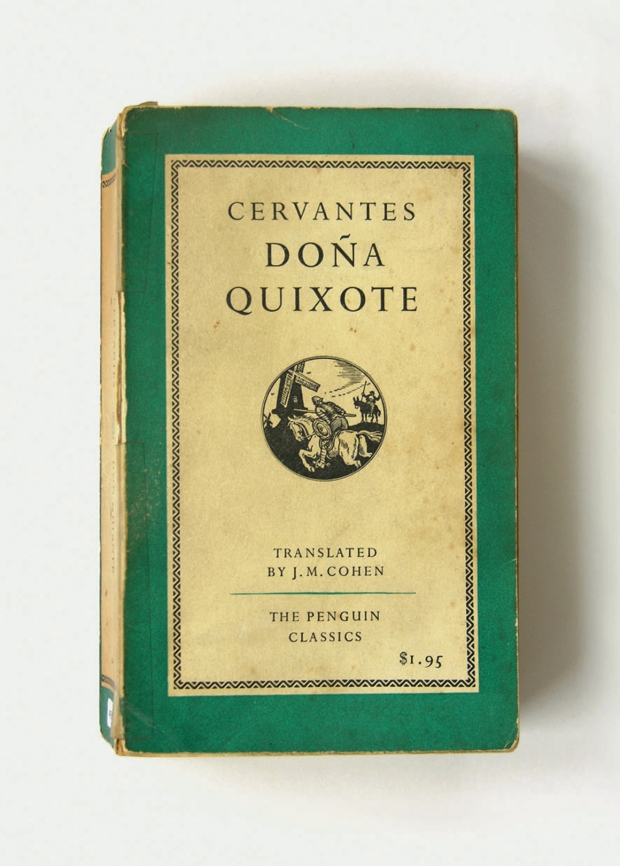 This is why separating out awards between genders is dangerous: It is a culturally powerful way of perpetuating traditions of bias through biological difference, particularly since repeated annual broadcasts further glorify such a practice. Tell me why we judge Idris Elba’s performances in a category apart from Meryl Streep’s? Naturally, separate categories have helped women receive recognition for many decades in a historically male-biased society, but it’s clearly time, given the perpetual absence of not only African Americans, but Asians and Latina/os from spotlit pedestals, to rethink how we recognize artists for their merits. It’s as silly that we first divide the party based on skin that we often do not see as it is that we divide it by the skin we do: Neither gender nor skin color are controlled by their holders and yet we still favor division by one as we purport to work against divisiveness based on the other. To continue such a process favors packaging over content. And, as Comani’s work asserts by leading us to imagine history’s triumphs in fiction re-cast and re-costumed anew, endeavors of creative excellence succeed not due to the covers in which they are wrapped, but on the spirits contained therein. 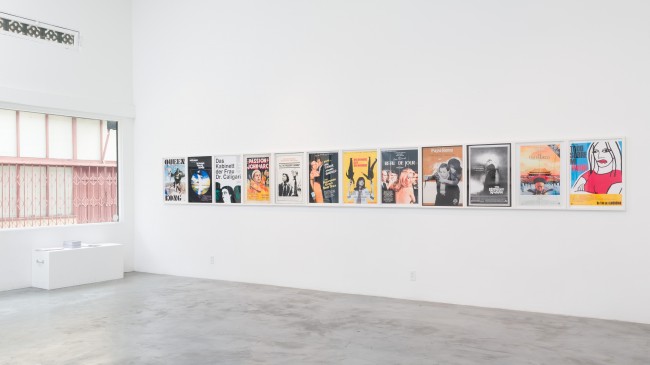