Miguel Ángel Cárdenas and Without a Body at Andrea Rosen 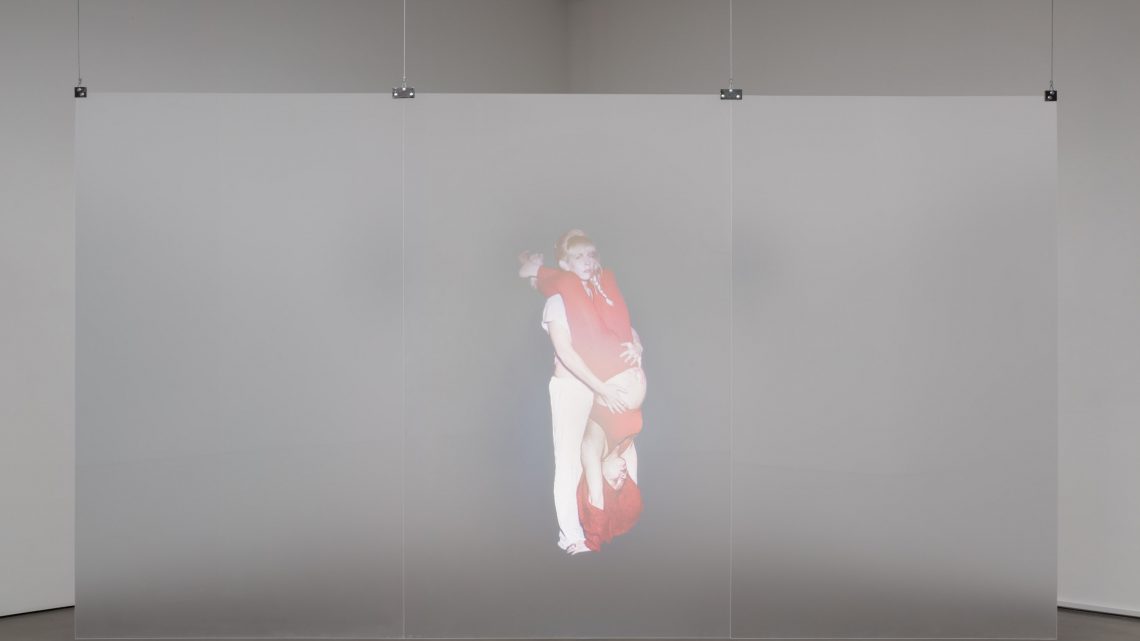 For every separation, there is a coming together.

Warmth rushes over my face and neck. I half-step forward. The edges of my reflection swell voluptuously while my eyes and nose tighten together. Gleaming an oxidized orange, the coil tucked between two arcs of aluminum suffuses the surrounding area with a delicious heat, drawing me into the sculptural, wall-mounted work entitled, Hot Vagina (1969). Full of suggestive mix-ups and titillating illustrations, Miguel Ángel Cárdenas’s posthumous show at Andrea Rosen’s main gallery spans the artist’s oeuvre from the early ‘60s to the late ‘70s. 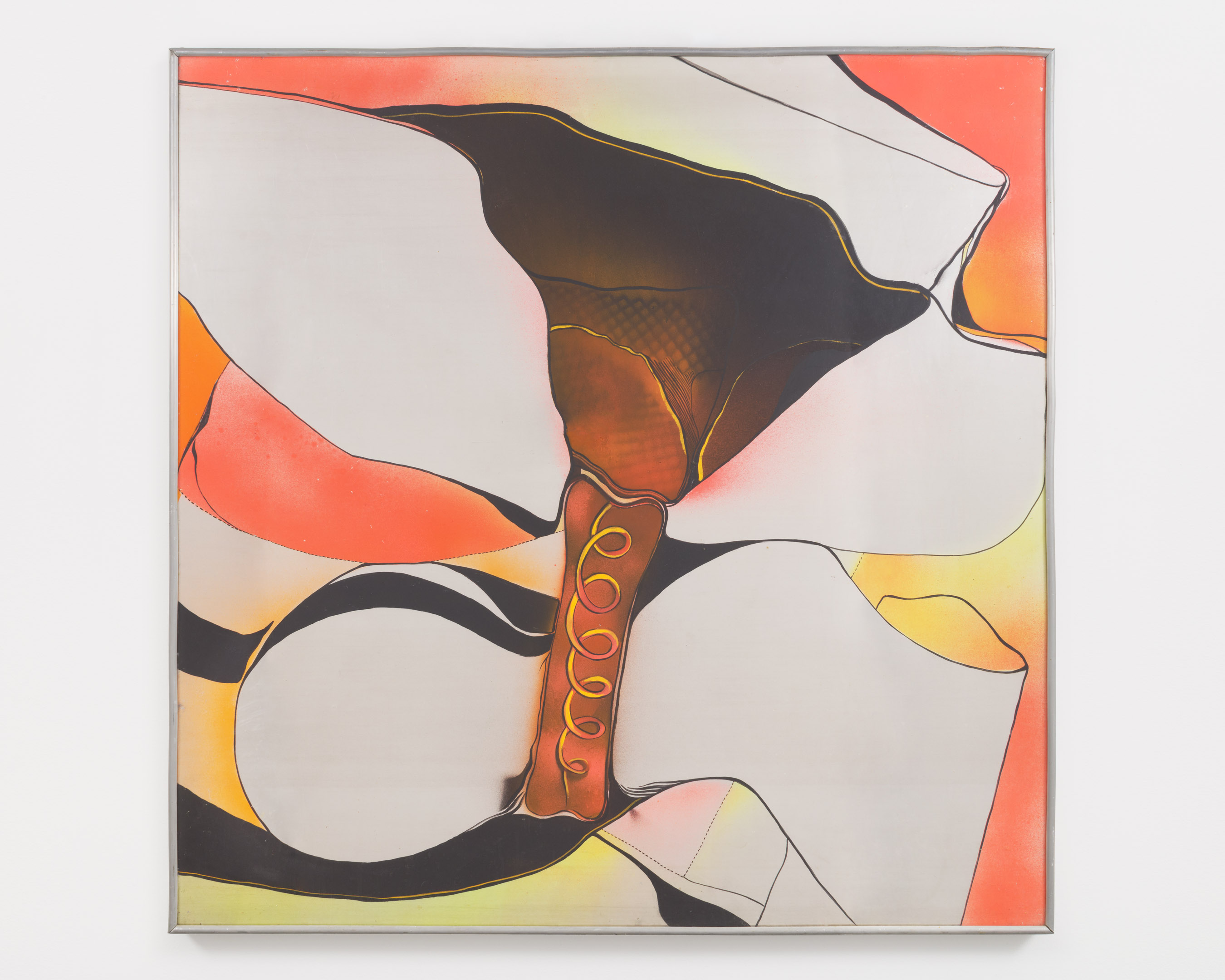 Proceeding through the gallery in paired unions, each work is mated internally or within the larger logic of the show; a square with a square, metallic painting with equally reflective surface, two cadet-like compositions with lowered flies. Even though not explicitly placed side-by-side, the guest list is clearly set and Cárdenas and Rosen both had trouble on the mind. Tied up and tied down in a crazy, colorful circus of lovemaking, the hedonism might never end with such playthings as this; latex stretches over the tautly curved length of a banana, the very tip of which is tucked into a rectangular opening of pink and orange foam, sweet and softly colored like the insides of an open mouth. 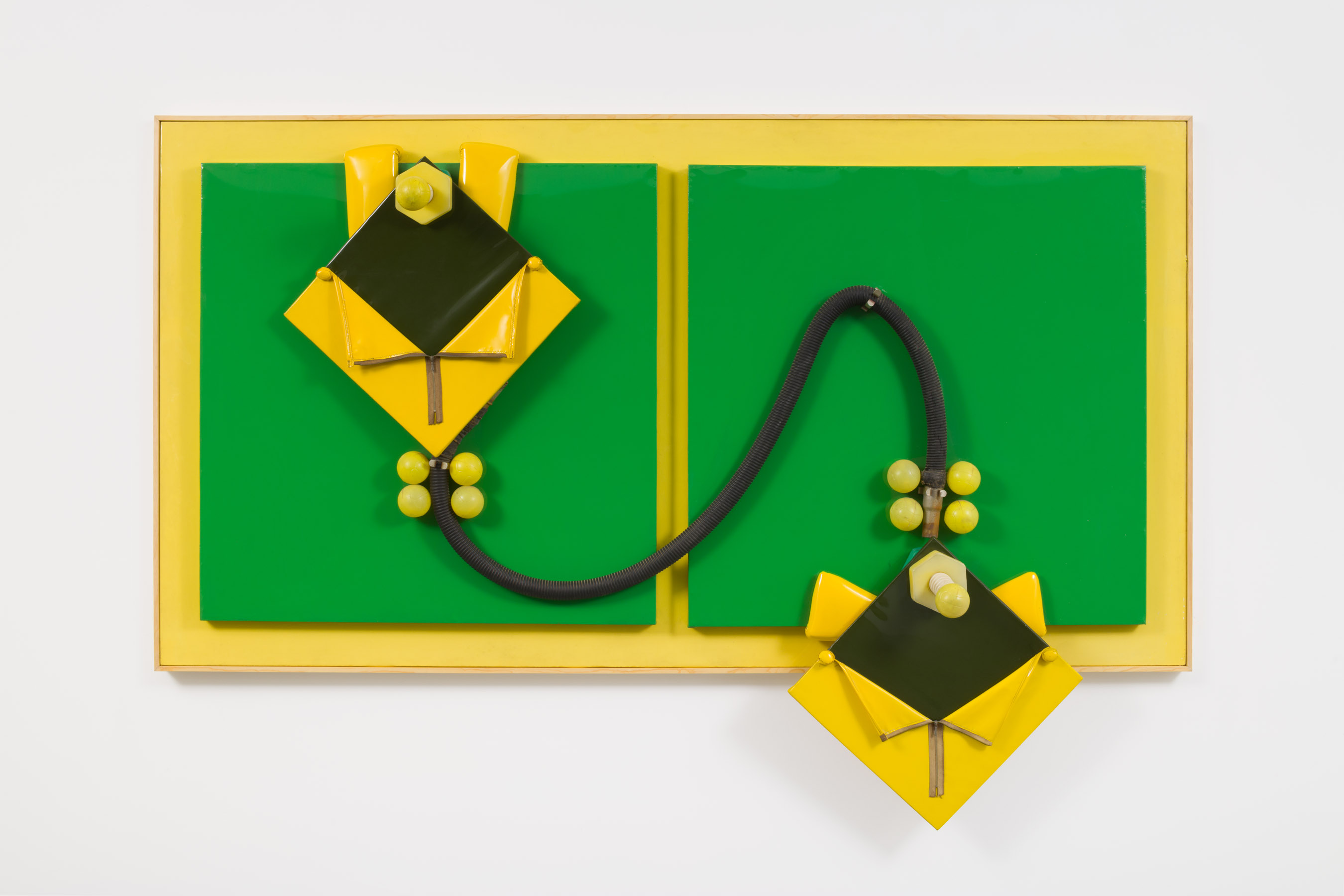 In mazes of organs and perplexing collections of skin, Cárdenas constructs a sexuality that is multiple precisely because gender is unfixed. In Green and Yellow Lovers (1964), a shared pipe plugs into one figure above, the other below, each joint adorned with two sets of balls apiece. Between unzipped lapels, folded neatly down as though around a collar, these geometric figures expose the same joystick-erections for heads. In this delightful, effusive peek-a-boo lies a hopefulness for an identity that is myriad and ambiguous, a sex that is both and neither male-female, homo-hetero. Cárdenas’s sculptural paintings are proposals for alternate identities constructed in found materials, celebrations of the self that may be dreamt into being through such base means as commercial objects.

Less than halfway down the street at Rosen’s Gallery 2, the mood is somewhat more somber. If the main gallery show is about the elation of embodiment, the work in the smaller space seeks precisely to speak the inequities committed against those whose bodies are treated as less than human, in identifications with objects that are not emancipatory but fettering.

The space is dominated by three frosty sheets of glass that cover the room’s northwestern corner. Illuminated from behind, the viewer has to shift along the wall to perceive the two projected figures, which remain ghostly, even in their fullest flesh. FlucT’s Sigrid Lauren and Monica Mirabile stir into and out of sight in dances that imagine the human machine broken and hysterical. Lauren mimes grocery shopping with a blank face and unseeing eyes. Later, on the floor, Mirabile grips Lauren’s breasts forcefully before bending her own head to a nipple like a child to be nursed. In moments more, both women will be gyrating uncontrollably, crawling on all fours and panting, doglike and content. These gestures communicate selves whose consciousness have been expunged in the most complete sense, leaving empty shells that have no shame or desire, only an automaton’s compulsion to express behaviors no matter how machinic. The women’s robotic motions are backgrounded by a soundtrack of Marxist quotes and cheery working songs, grainy as though played through an old loudspeaker. Alienated Labor (2017) conflates different brands of obedience, grammars of possession that have not learned to pass beyond language: the woman to ‘her’ man, the dog to ‘its’ master, the workers to ‘their’ company.

These are stories of being possessed or taken into possession. On this week of them all, it is good to remember that such captivity is rarely deserved and that the guardians of justice are not always righteous. Sable Elyse Smith’s textual message boards broadcast the irreconcilables of our judicial system that cannot see a jailed man as a loving father. Donning the anonymous public voice of lettered boards, Smith tells us about loving through plexiglass and over circuits of barbed wire. 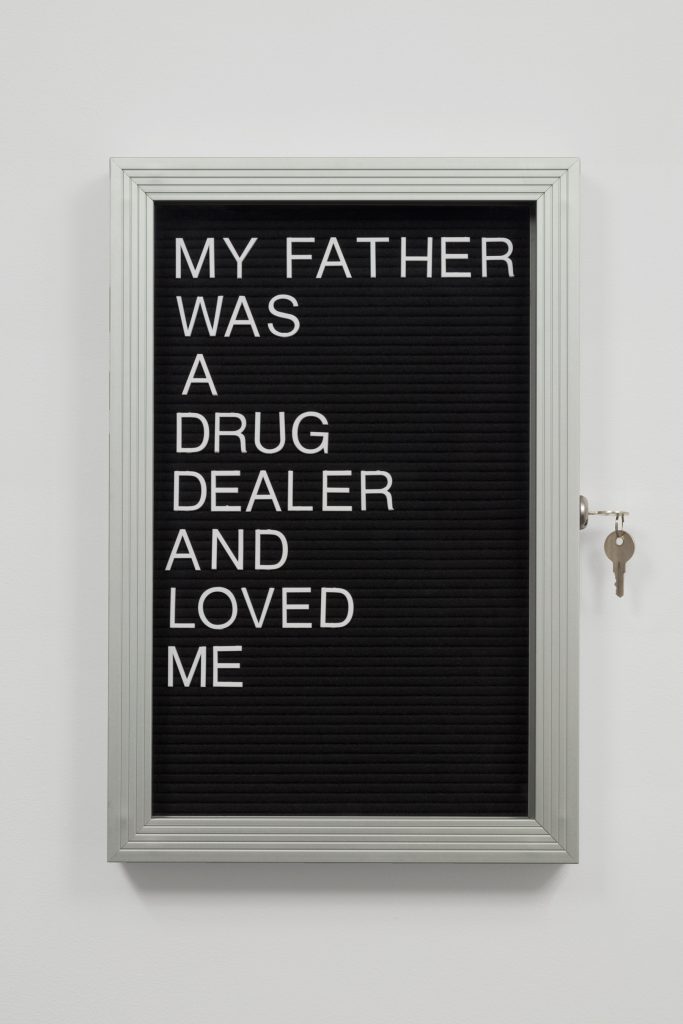 While Smith and FlucT look to the world for the authors of their suppression, Ivana Bašić sees defeat in the failures of the body itself. Three foggy globes trailing hollow tails are suspended in vises along two walls. Blown with brittle breaths, these spheres transform the concept of capacity from an expression of fullness to one of limit, the ceilings to which we should not be pressed but are. To the left of the palest pink globe, a transparent glass crumples, a moment more of the lightheaded loss of breath before a fall. Pressure is an ingredient to Population of phantoms resembling me #2 (2016), a maker of bowed backs and wan, skeletal forms. Uncomfortable for their uncanny verisimilitude and amputated anatomies, Bašić’s sculptures are impaled and strung up like pinned butterflies, a torso like a stag’s head, mounted on the wall. 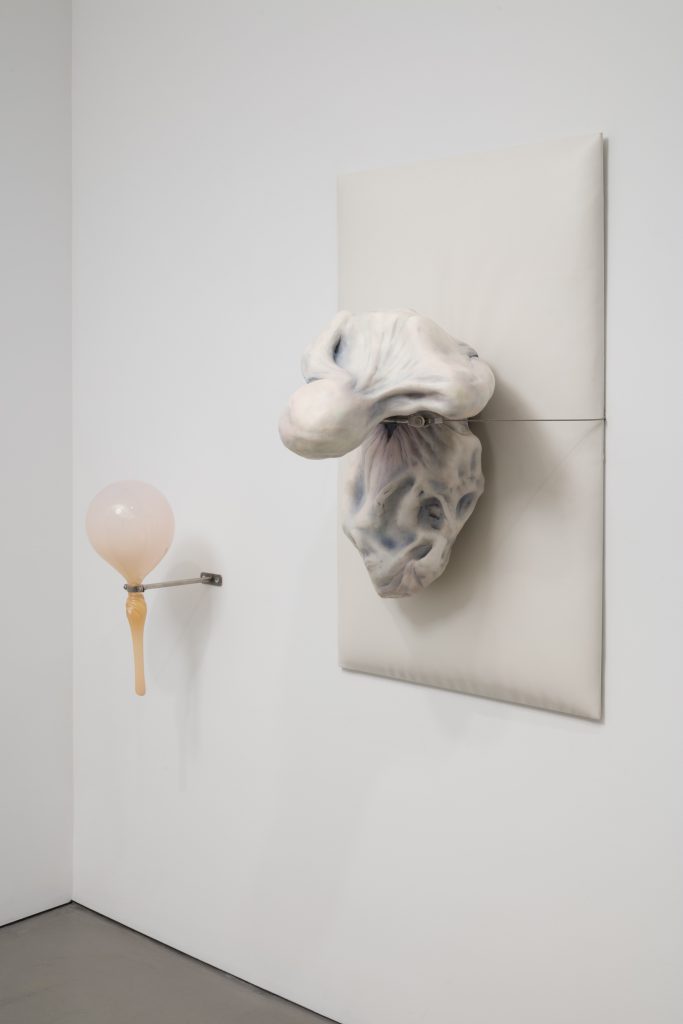 Hosted by the same gallery, these two exhibitions paint worlds at odds: flamboyant excess meets utmost poverty, ecstatic unions learn Marx’s theory of alienation. Such are the beauties and the hurts of our embodiment, which can be distilled to difference between giving and being taken. Closeness and distance are like the alternation of lapping waves that contract into the horizon and crash upon our shores in an infinite cycle that, at long last, is erosion. Perhaps one vision offers solace to the other; FlucT, Smith, and Bašić speak to the perilousness of a polar world, one that could learn from the fluidity of Cárdenas’ vision. With an honesty that does not pretend certainty, these shows seem to observe that while hard lines may blur, some locked doors never open again.

Next post De-Manufactured Machines: A Profile of Survival Research Laboratories