Playing the Field with Ryan Gander 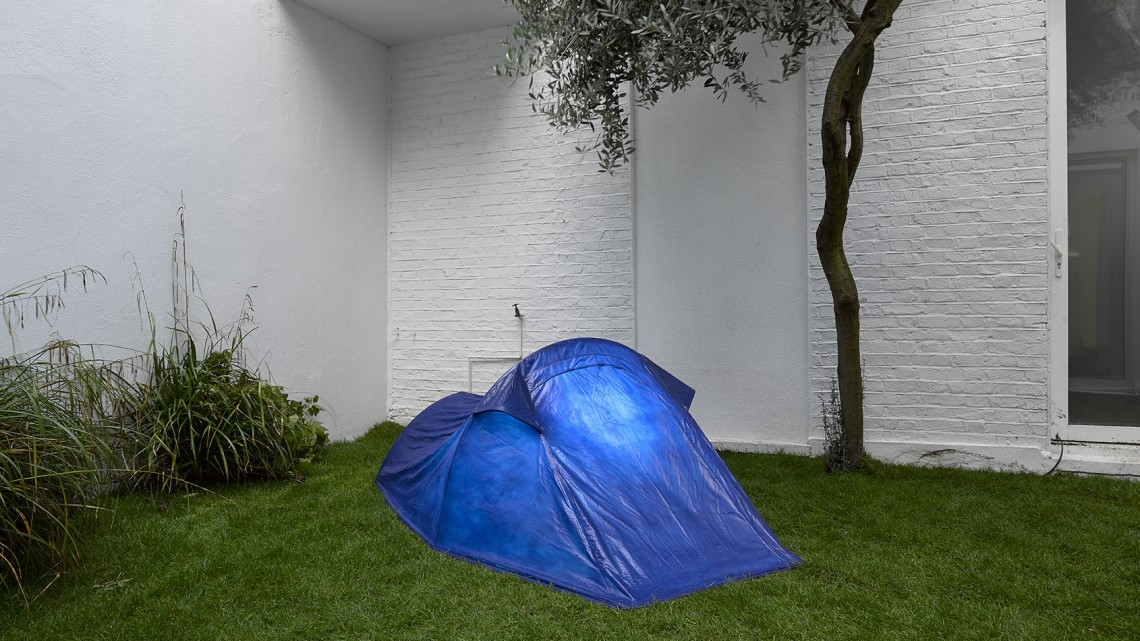 The role of artist-as-archaeologist is commonly associated, nowadays, with artists like Mark Dion, Damien Hirst, and the duo of Paul Noble and Sue Webster. They collect and reassemble objects found in the world to tell alternate narratives of our internal and external living conditions. Ryan Gander is also among them. His work is often traced back to his lifelong disability, as being confined to a wheelchair prevents him from executing each individual project, himself. Yet, his documentation of observing and navigating the world (whether it be from a physically compromised position or not) engages other questions beyond his embodied state. He gently pokes at the appeal of the “handcrafted” (a.k.a. “hipster-bait”) item with works like The way things collide (condom meet USM cabinet) from 2012, with the condom atop the dresser carved out of the same block of beechwood. He also satirizes the sacramental effect of marble as sculptural material, draping it over a series of umbrellas in I is…(vii) from 2013. Gander ups the ante on all of these concerns for his solo presentation Fieldwork at Lisson Gallery in London. 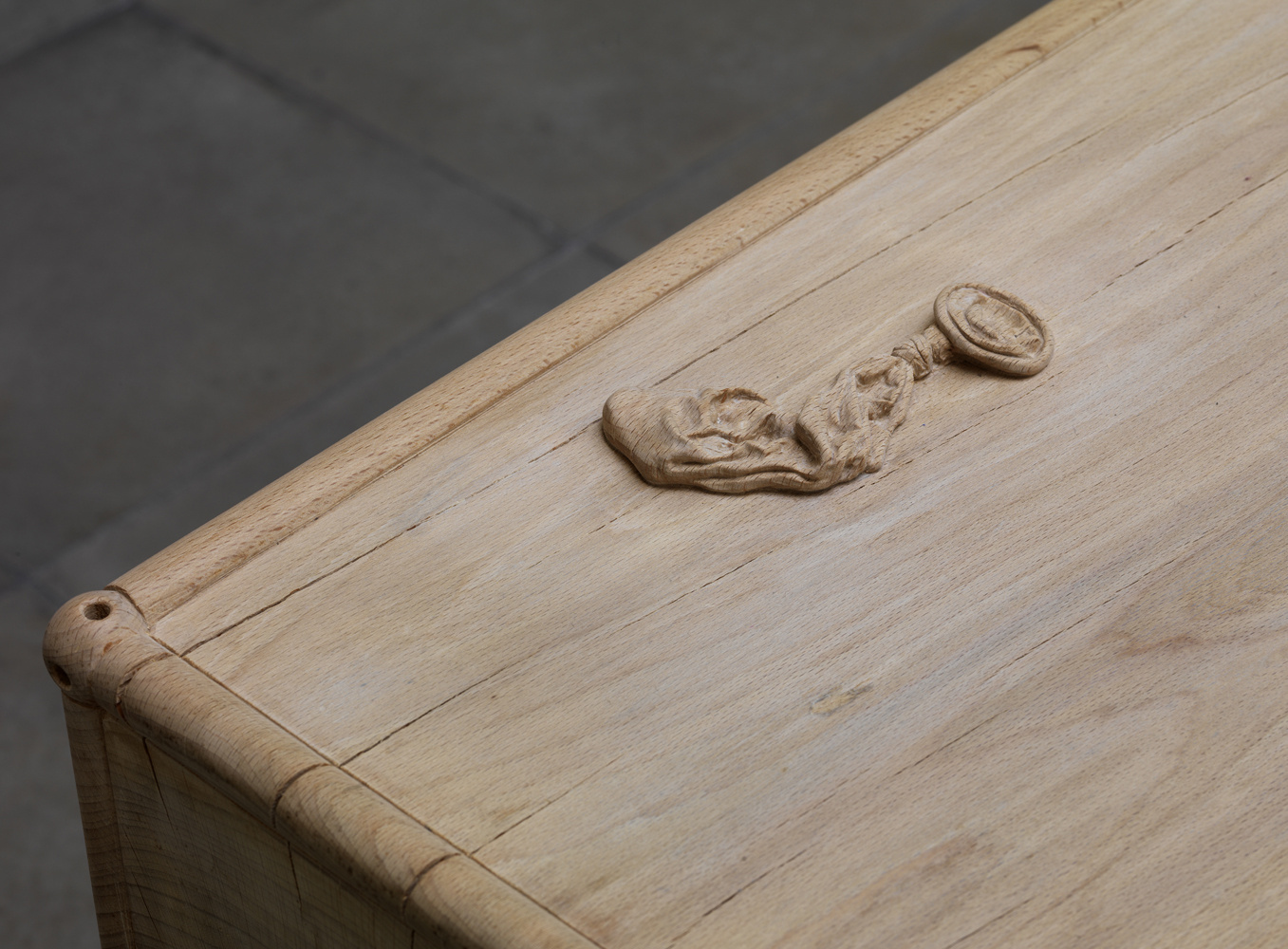 It was an appropriately dreary day, with the heavy grey light filtering through the gallery with perfect uniformity. Nothing was blaring, drastic, or flamboyant in its presentation. Seen through a large aperture in the first room was a series of seemingly random objects, placed on individual wooden blocks that were carried along a conveyor belt. It was as if each item (or sometimes collection of one or two items) were being shown for the viewer to judge and then, presumably, buy or consume. But each item was pointedly unattractive or nonsensical. Two dead pigeons sprawled out, a pair of soiled sneakers atop a pile of broken auto glass, or a discarded pile of tabloids pinning down a sole black balloon couldn’t possibly be pretty enough to own, right? So the next step was to consult the green booklet attached to a nearby chair. In it, Gander lists a personal experience or anecdote that prompted or informed what appeared on the platforms. Effectively, the objects became a kind of personalized archaeology, where their values are known and appreciated only by one. Questions of value are taken further as several mirrors and wall sculptures are interrupted by white drapes laid over them. The drapes are fashioned from white marble, recalling the grandiose monuments and sculptures of Ancient Greece or the High Renaissance. The same drapes could easily be seen on tombs, war memorials, religious icons, and Pagan deities. Gander confounds the immediate association of white marble by having it interact with seemingly non-artistic or neutral elements. 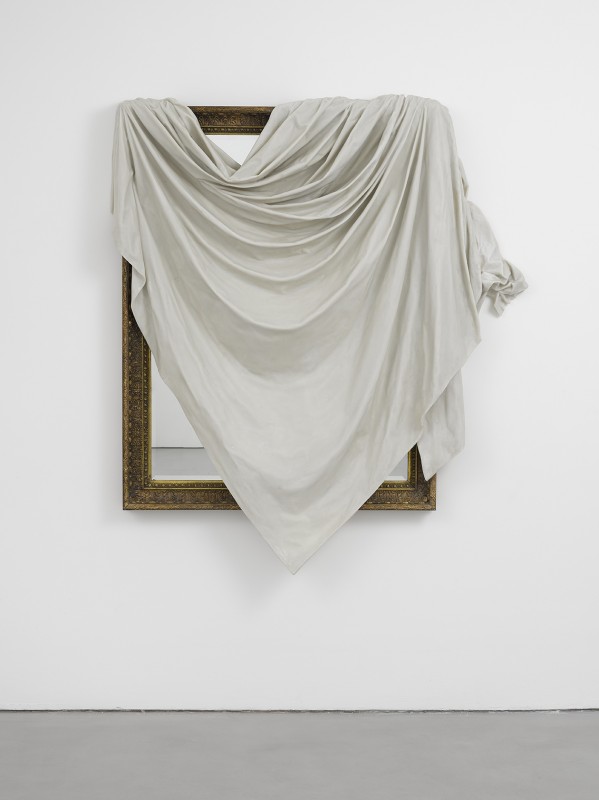 Less successful works in the show included a bright blue, one-man tent stationed on a small green patch in the gallery’s atrium and a giant billboard on the external façade displaying the artist’s own phone number. These pale, however, in comparison to the most puzzling of the exhibition’s offerings: an installation where the entire ground floor of the gallery is nearly filled to capacity with shingle pebbles. The lower stairwell is partially blocked by the presence of the stones, and only the overhead floodlights and ceiling panels can be seen above the stony mass (it was amusing, though, to see a sign near the stairwell reading ‘Exhibition Continues’ with an arrow pointing downwards). This work, entitled Never enough (2015) apparently refers to the rocky beaches near Gander’s home in Suffolk. It is enough to win over viewers with its operatic scale and its humorous jibe at rendering the gallery space practically useless, but unless the viewer is aware of the highly specialized reference to Gander as an artist and one living in the Northeastern UK, it offers little more than temporary bemusement. It’s possible that Gander planned it that way; a fleeting smile and laugh would be the only things that a gallery-goer would take with them when happening upon that massive work. It is that very reaction, perhaps, that Gander predicts as nominal when interacting with contemporary art, as a whole. Very rarely are we stopped in our tracks by contemporary art that exists without referencing something old or something borrowed. Gander’s larger practice plays on this existential crisis without losing sight of the reasons why we need art to begin with: to twist what’s normal, to disrupt what’s routine, and to be self-deprecating in the face of a stern and impatient world. All the silliness and absurdity Gander perceives in the world is funneled through specific channels of conceptual experiments. Some are more approachable than others. In the end, though, it cannot be denied that Ryan Gander knows his own environment well, and plays that field end to end. 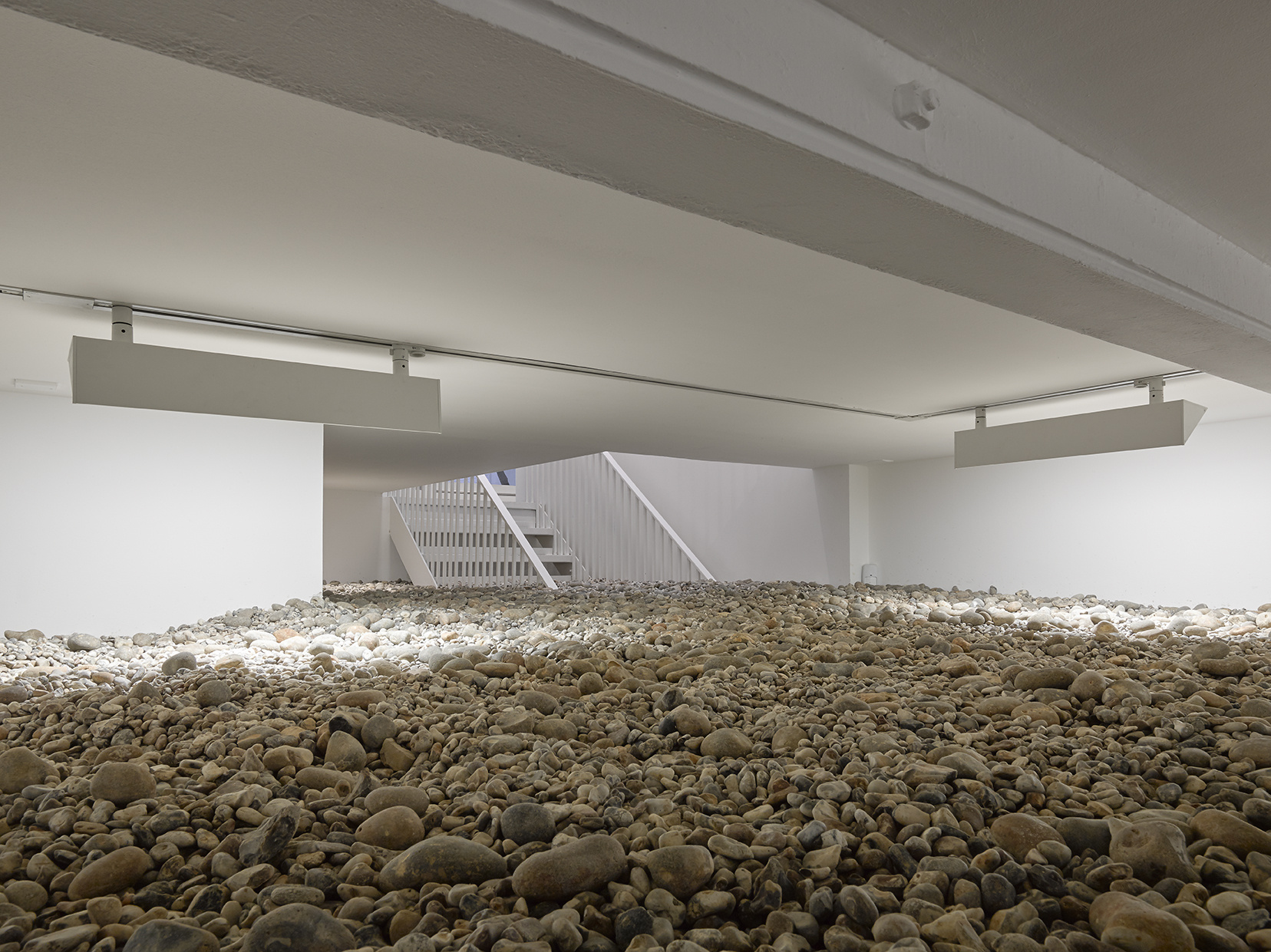 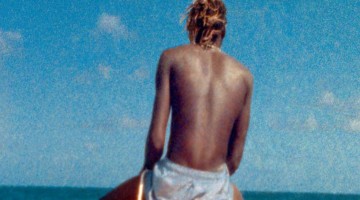 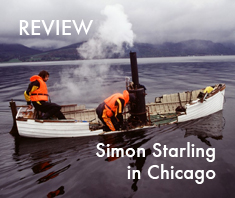