Now on view at the Brooklyn Museum, Agitprop! is a group exhibition featuring contemporary artists who attempt and achieve social and political change through their creative practices, complemented and contextualized by historical case studies of creative activism. Agitprop! is cumulative in the sense that the first group of artists included in the exhibition will choose a second group of artists and artworks to be added on February 17, and that second group will choose a third to be added on April 6. The exhibition opens with the work of twenty contemporary artists and materials from five historical case studies. These historical subjects include the cultural campaigns for women’s suffrage and against lynching in America, women as subjects and makers of Soviet propaganda, Tina Modotti’s socialist photography in Mexico, and the government-sponsored Living Newspaper productions of the Federal Theatre Project. 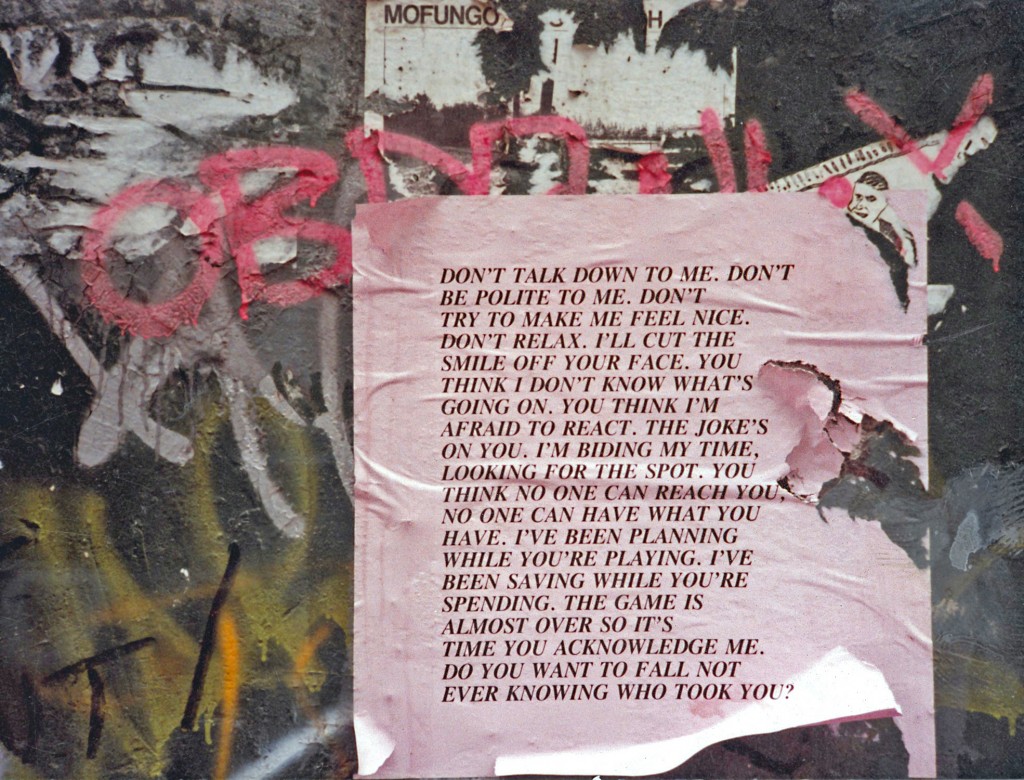 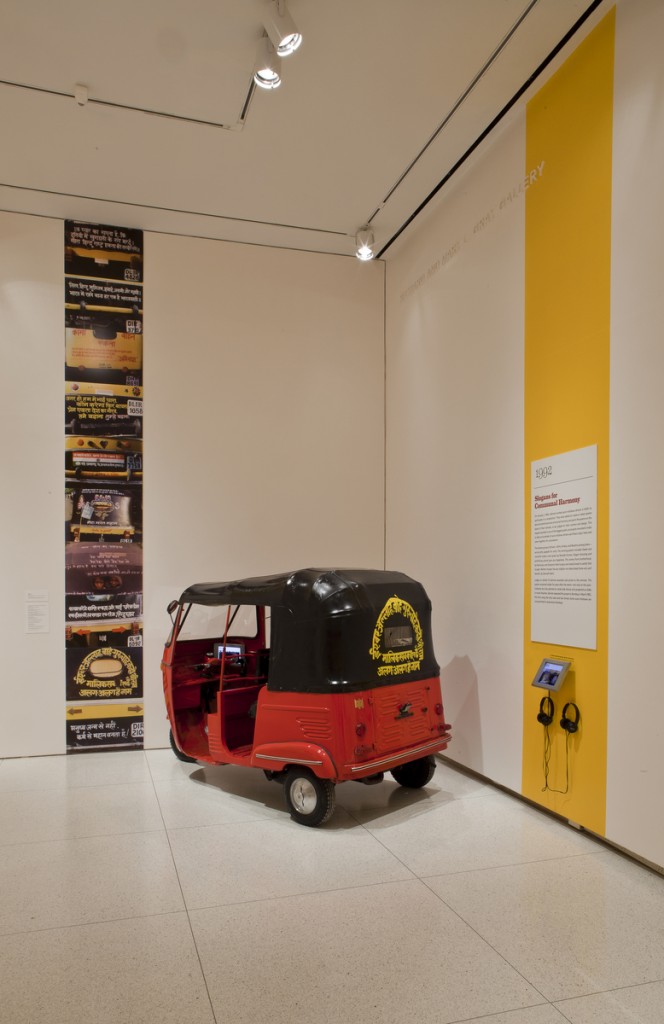 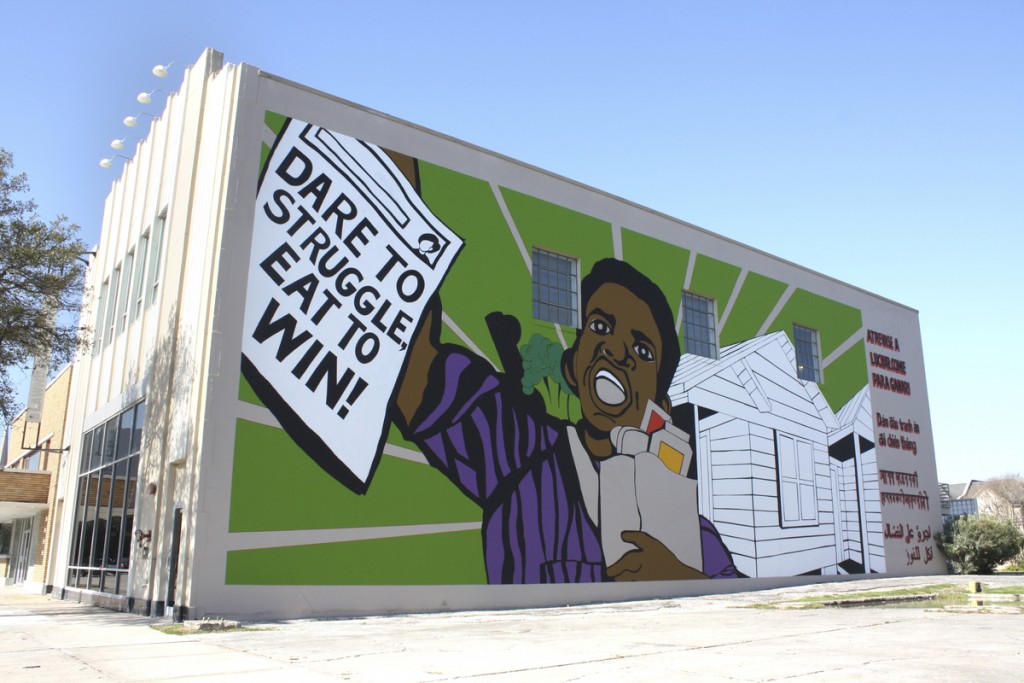 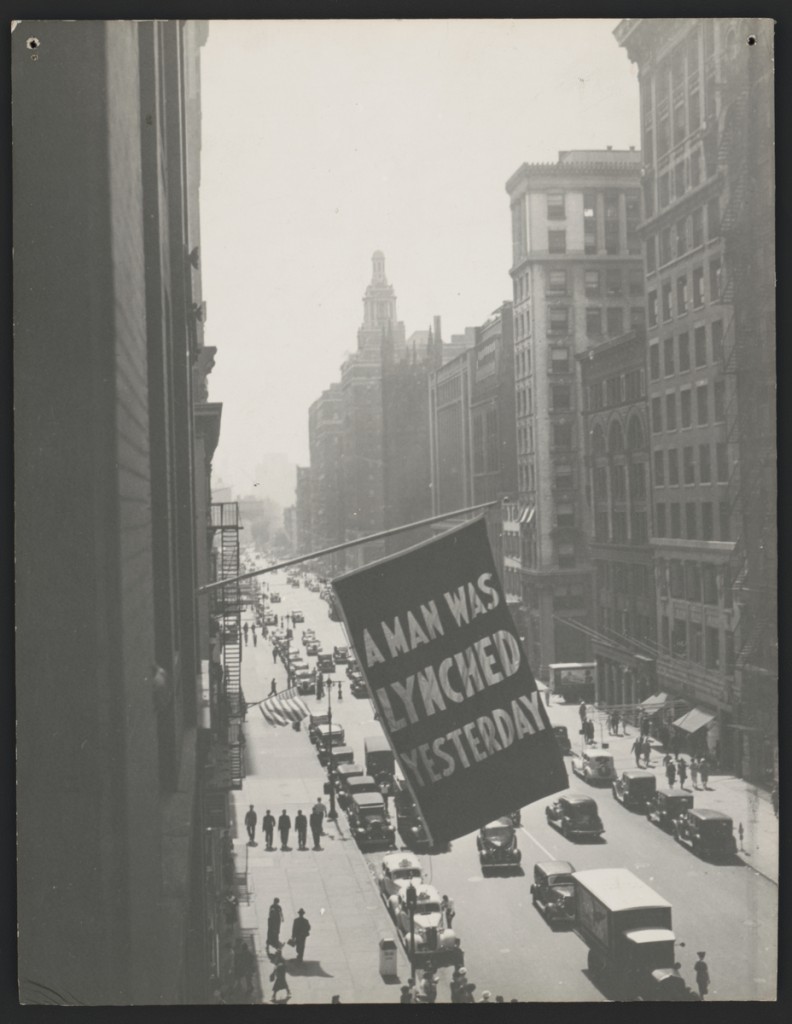 Flag, announcing lynching, flown from the window of the NAACP headquarters on 69 Fifth Ave., New York City, 1936. Photograph, 13 7/16 x 10 7/16 inches. Prints and Photographs Division, Library of Congress, Washington, D.C, LC-DIG-ppmsca-39304. Courtesy of The Crisis Publishing Co., Inc., the publisher of the magazine of the National Association for the Advancement of Colored People, for material first published in The Crisis. Courtesy of the Brooklyn Museum. 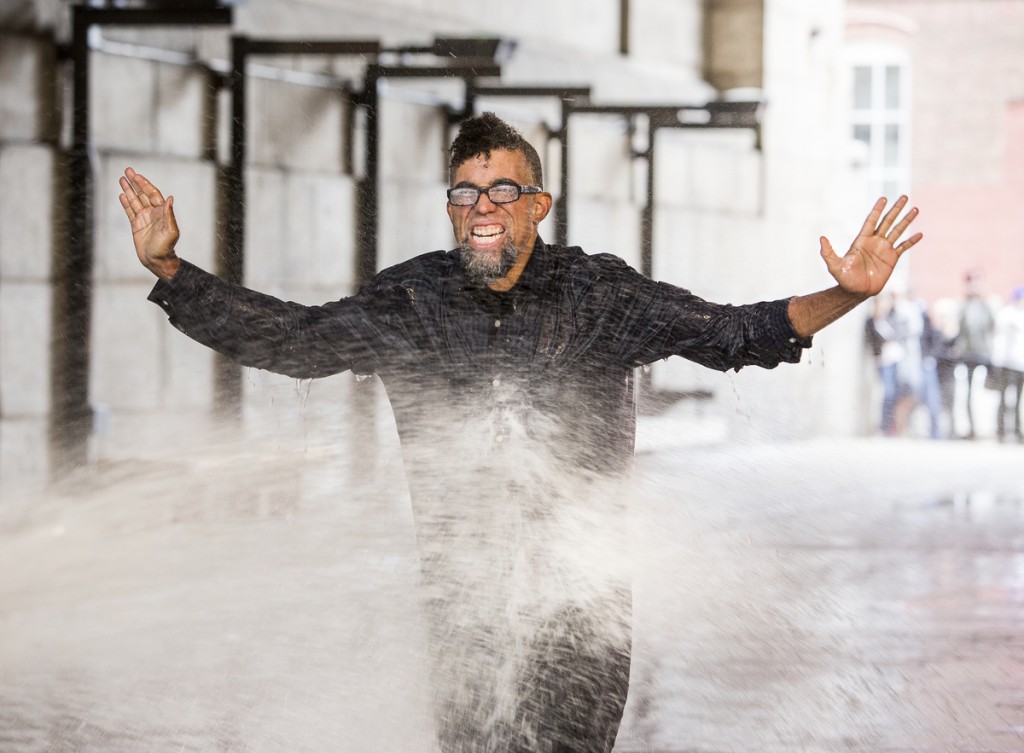