Ever Gold [Projects] presents RR, a solo exhibition by Paul Kos. RR, a previously unseen film from 1968, will be projected in the main gallery space, and Kos’ first video work, Warlock(ing) from 1971, will be shown with a new corresponding sculptural installation in the back room. RR was made around the time that Kos was making early multimedia installations like Sound Of Ice Melting (1970), as well as doing private endurance pieces, which were documented by a Super 8mm black and white film camera. With this camera he was also documenting actions such as Roping Boar’s Tusk (1971) in Wyoming, where the artist traveled frequently from the Bay Area. Unlike much of the artist’s early work, RR was shot in a studio. By stark contrast in imagery, tone, and content, Warlock(ing) was shot in a muddy patch during a rainstorm. Over the course of the performance for Warlock(ing), Kos constantly resets small game traps with thin plastic containers waiting for the rain to trigger them, while making sure not to trap his hand. 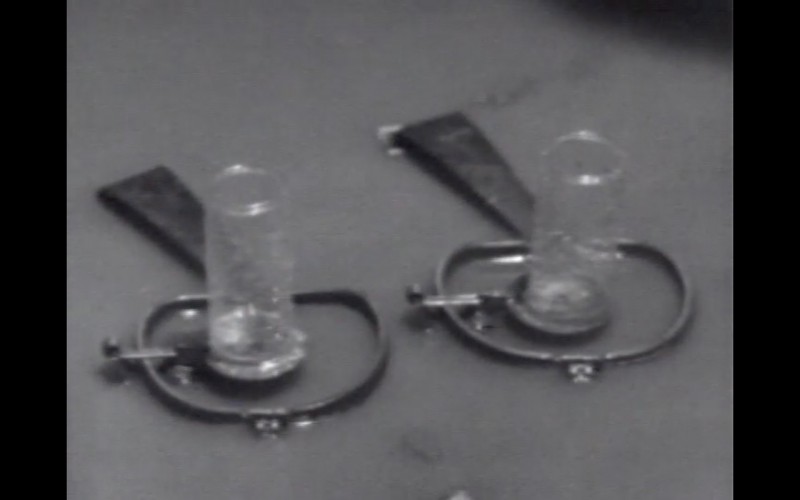 Warlock(ing), 1971. Half inch reel to reel video, black and white, 8 minutes 30 seconds. Courtesy of the artist and Ever Gold [Projects].