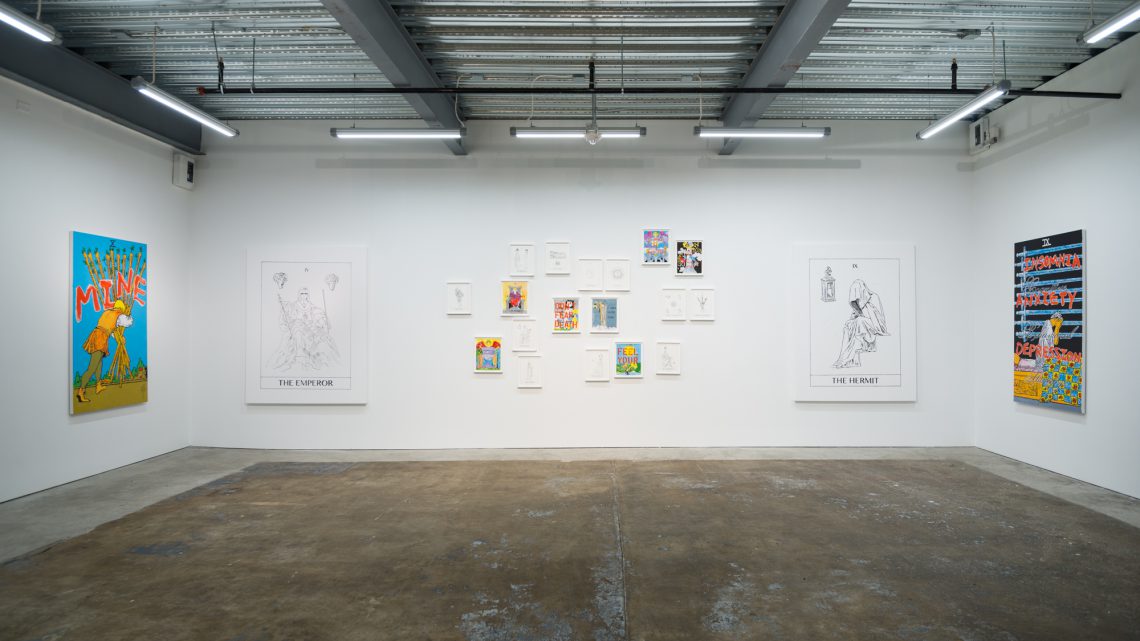 “The origins of the Tarot are so veiled in the mists of time that it is only natural for myths and legends to surround it. Superstition, flights of fancy, and speculation have added their own patterns to the rich and colorful tapestry of Tarot lore and have only deepened its aura of magic and mystery. Cults have grown up around one or another historical theory, and sometimes their adherents have become fanatical in proclaiming the one and only “truth.” But the better-informed investigators retain a certain amount of flexibility—even skepticism—and make no ironclad assertions.

The truest claim we can make is that the Tarot is a symbolic record of human experience.[1]”

The earliest tarot cards that survive today were used as playing cards by Italian nobles in the late 14th century. It wasn’t until the 19th century, when French occultists connected tarot imagery back to ancient Egypt, that the cards became used for divination. The Rider Waite Smith deck, which debuted in 1909, was the first deck to be mass-produced in English and remains the most popular today. It was intended for fortune telling rather than gameplay and is the deck on which Wang and Marple base their cards. Wang’s deck, Crystal Clear Tarot, defies the interpretative tradition of tarot through its inclusion of unambiguous and satirical text. Marple’s deck, Art World Tarot, features a network of art world compatriots within a world of minimal, black and white symbolism. The exhibition at Ever Gold [Projects] will feature drawings and paintings from each artist’s seventy-eight card deck. 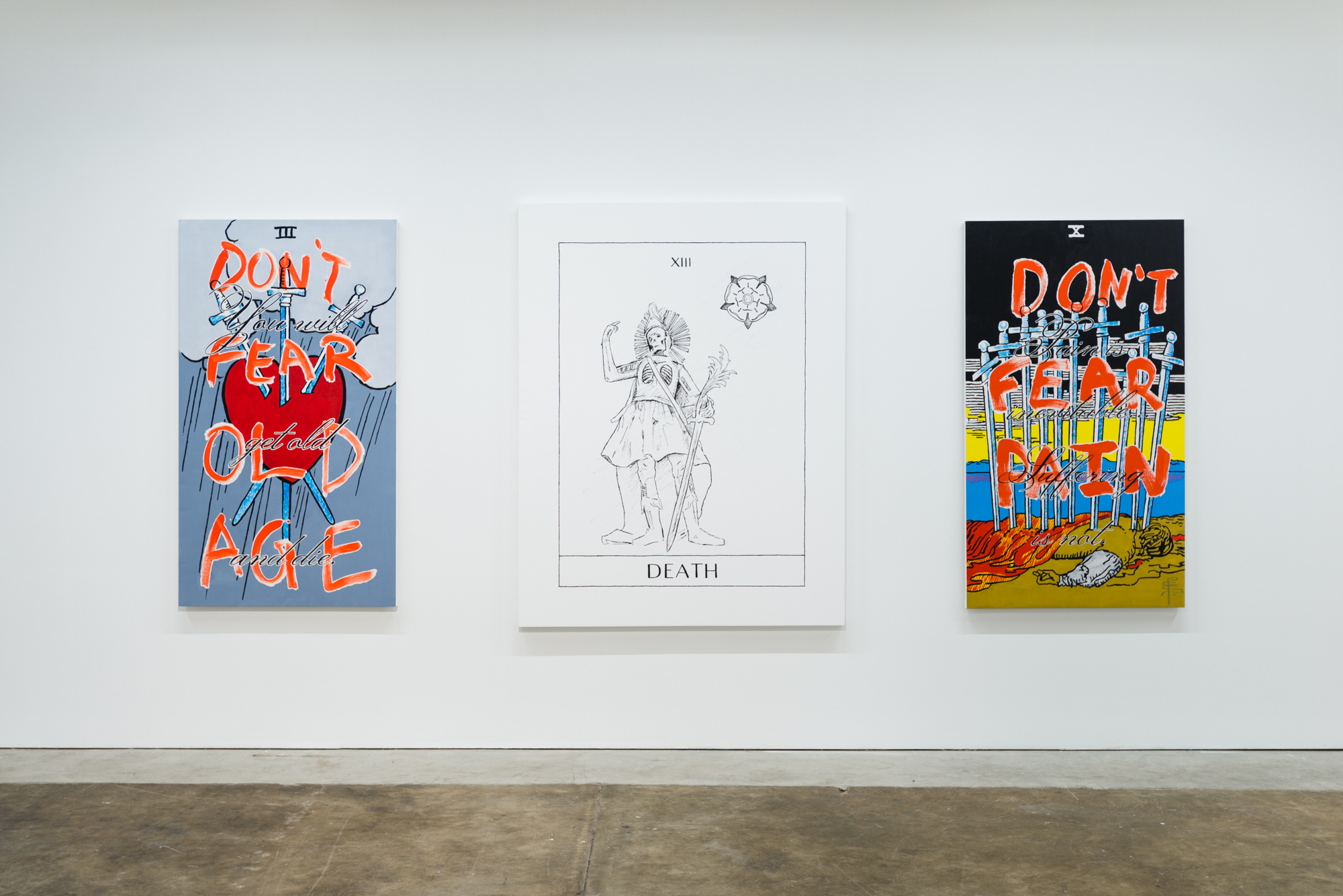 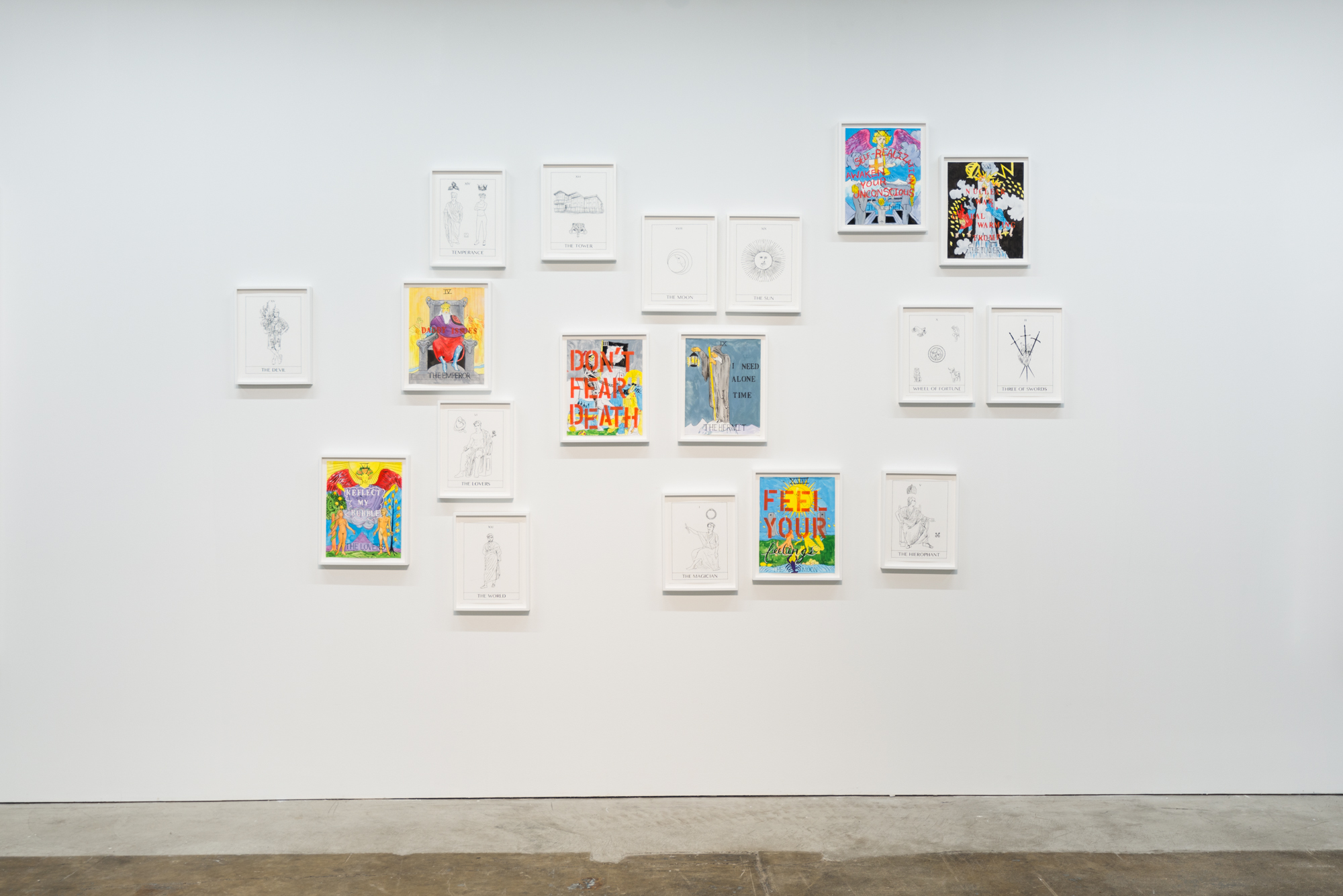 Christine Tien Wang received her BFA from The Cooper Union for the Advancement of Art and Science in 2008 and her MFA in painting from UCLA in 2013. Selected group exhibitions include The Privilege Show at Control Room (2013), Pushing Painting Paradigms at Rutgers University (2012), Shock and Awe Gatov Gallery, California State University Long Beach (2009). Solo and Two person exhibitions include Actions Speak Louder Than Fonts (2017) at Galerie Nagel and Draxler in Berlin, Gaseous Abstraction with Kelley Lowe at the Hamad Bin Khalifa University Student Center Gallery, I Want That Bag, and Devotional Art for Your Home (2016) at Night Gallery and The Gudelsky Gallery Maryland College of Art and Design. Wang is an Assistant Professor in Painting at California College of Art in San Francisco. Wang is currently represented by Night Gallery in Los Angeles and Galerie Nagel Draxler in Berlin and Cologne.  Forthcoming exhibitions include a solo booth at the Independent Art Fair in March 2018 with Night Gallery.

Mieke Marple received her B.A. from the University of California, Los Angeles in 2008. She was co-owner of Night Gallery, Los Angeles, from 2011 until 2016, and has been written about by The New York Times and W Magazine, among other publications. In 2012, Marple produced the web series Feast of Burden, directed by filmmaker Eugene Kotlyarenko and distributed by MOCAtv. In 2014, she also co-founded the “Sexy Beast Benefit for Planned Parenthood LA,” and remains on the organization’s advisory board. Marple lives and works in the San Francisco Bay Area and is currently an artist in residency at the Internet Archive in San Francisco.

Next post Paula Cooper: In Conversation With Constance Lewallen