All Too Familiar @ Hungryman Gallery, SF

Be sure to check out the closing reception for All Too Familiar at Hungryman Gallery in San Francisco this Saturday from 6-9pm.  The show features works by Matt Nichols and Kate Steciw.  See below for more details or follow this link …
All Too Familiar explores the line between aestheticism and functionality. It’s the feeling you have when you return to a place you’ve been before. Visual cues lead to assumed conclusions before you’ve really made it passed the introduction. Nichols uses seemingly simple methods of construction to create aesthetically appealing images and uncanny objects. Common materials accumulated from accessible sources such as Wal-Mart and Home Depot are transformed into mystical objects, inspired from Spirituality and World Philosophy. His pieces are simultaneously holy and wholly consumerist. Steciw appropriates photographs as sculpture, utilizing stock photography to represent the familiar and utilitarian. Installing hardware directly onto the wall, Steciw assigns value through function. In the end, All Too Familiar leaves the viewer questioning – is it with form or function that the artists are concerned?

Matt Nichols (b. California) is a New York based artist. He completed his undergraduate studies at the University of California Berkeley in 2003, and was a Merit Scholar at the School of the Art Institute in Chicago, earning his MFA in 2010. His work has been shown throughout the United States including the Green Gallery in Milwaukee, Dorsch Gallery in Miami, and Heaven Gallery in Chicago.

Kate Steciw (b. Pennsylvania) is a New York based artist. She graduated from Smith College and then went on to receive her MFA from the School of the Art Institute of Chicago in 2002. She has shown her work throughout the United States including a solo at Primary Photographic Gallery in New York, and an upcoming solo exhibition at The Composing Rooms in London. 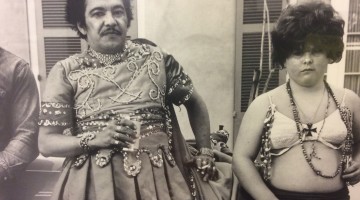