During an early visit to Oakland Art Murmur’s First Friday, I came across Jasmine Moorhead setting up a show at her gallery, Krowswork.  The show, Markers, features a video installation, works on paper, and sculpture by Christina McPhee and an installation of photography by Ryan Chard Smith.  Between two rooms of Smith’s photographs taken in Nebraska and California, a sense of narrative emerges from their arrangement. 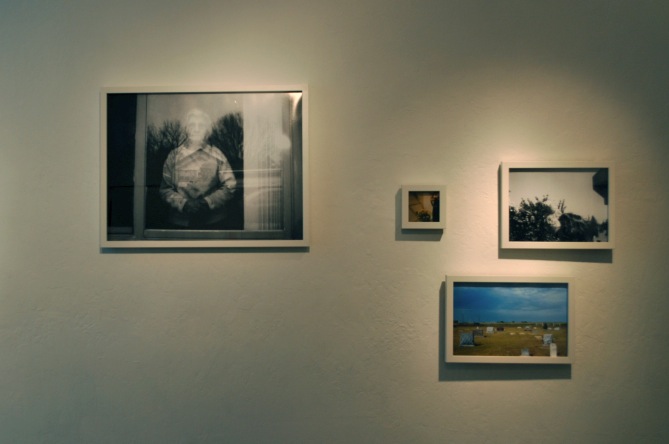 McPhee’s work in the show spans two rooms, and includes Shed Cubed, a video installation that features marks and actions of her artistic process, the product of which is on view in the other room.  Projections on four walls and audio make for an experience of envelopment, and the interaction of the projection with the shape and texture of the space creates another dimension of visual interest.  In the other room are several of McPhee’s drawings, as well as two sets of stills from Shed Cubed, which are a thoughtful compliment to the installation, as objects or artifacts and as alternative ways to visualize a process. 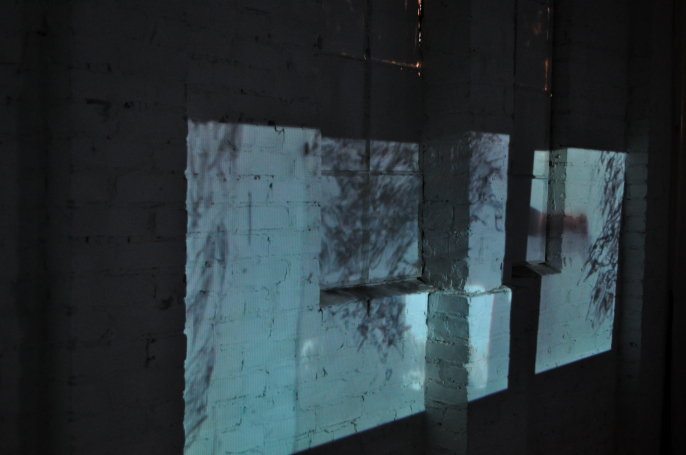 Markers will be on view until the 13th of October.  Krowswork Gallery is located at 480 23rd Street in Oakland but tucked slightly off the street on the north side.  It is right past (if you are coming from Telegraph) Chandra Cerrito Contemporary, where Cumulous, another show worth seeing, is up until the 28th.