Fredrik Söderberg presents us an impressive collection of new works at Galleri Riis, in Stockholm that displays his expertise in intricate painting techniques and color theory.  Söderberg’s work also displays an array of symmetrical compositions that depict a world full of vibrant colors and spiritualist ideals.  When looking at his works the relationship that mankind shares with world around us emanates through Söderberg’s imagery resembling what people describe as a religious experience as if they were within a sacred space such as a church, temple, shrine, etc. A few of the works in the exhibition break the rigid technique Söderberg uses in his mandala influenced paintings through depicting what looks to be like skyscapes during the moment of dusk.  These pieces are a perfect companion for the rigid paintings, giving viewers’ eyes a breath of fresh air when visiting Galleri Riis.  If your in Stockhom, make time to see this exhibition before it closes November 11, 2012. 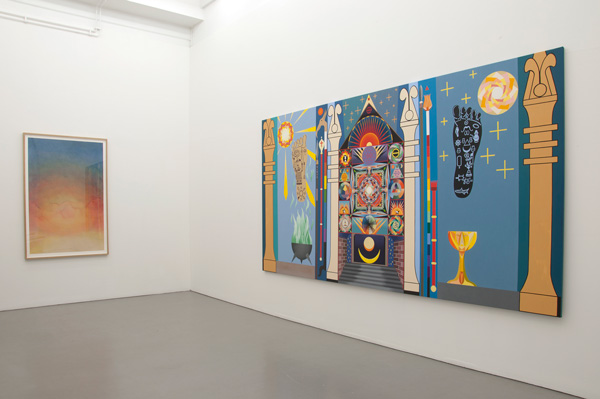 Galleri Riis is pleased to present our first exhibition with the Swedish artist Fredrik Söderberg (b. 1972). Söderberg is known for his complex and technically skilful paintings with precise and often symmetric compositions. The works treat vast and related subjects such as spiritualism, mysticism, esoterism and the occult. Created in moments of meditative flow, the painting-act becomes an exploration of the unknown and intangible. As in the works of Hilma af Klint, one of the pioneers of spiritual abstraction, art becomes a tool for connecting with something greater than the meagre life on earth; a dimension of spirituality, a gateway towards cosmos and a preparation for the unavoidable – death and possible afterlife. This exploration has become more relevant in a contemporary context severely marked by consumption and a fixation with the private and superficial self.

The exhibition borrows its title from the British author and occultist Kenneth Grant’s (1924-2011) collection of short stories: At the Feet of the Guru, describing Grant’s travels in India and his encounters with gurus and wise men. The exhibition will include nine new works, among them two large watercolour diptychs depicting the Swiss psychiatrist and author C.G. Jung’s house in Küsnacht, as well as a monumental allegorical oil painting on canvas. The works, all made this last year during a residency in London, are the most complex and ambitious works Söderberg has done to date. 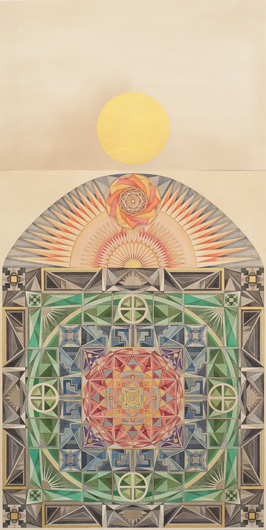 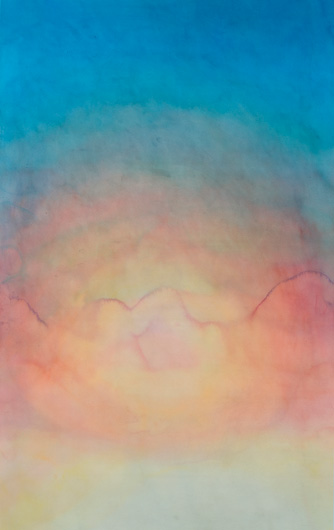 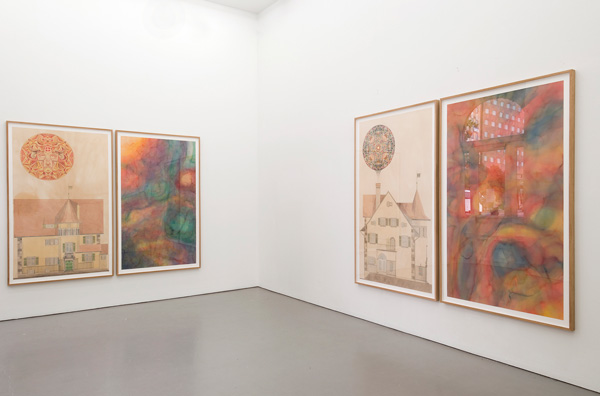 Next post "Poetic Politic" an exhibition of Vietnamese and Cambodian contemporary artists at KADIST, San Francisco