Opening tomorrow night, Ecstatic Contact is a solo exhibition of new works by Jules de Balincourt. Jules is an alumni of the California College of the Arts (CCA) and continues his practice in Brooklyn, NY. Known for his paintings Jules has rendered scenes from everyday life, geometric compositions, and abstracted symbols incorporating painterly gestures that show his true alliance with the brush and the process of pushing paint. His range of paintings is immense and what’s great about Jules is that he is willing to make the risk to switch the content and imagery in his paintings. His body of work is expansive and continues to grow organically in his studio. If you’re in New York, check out this exhibition tomorrow night. 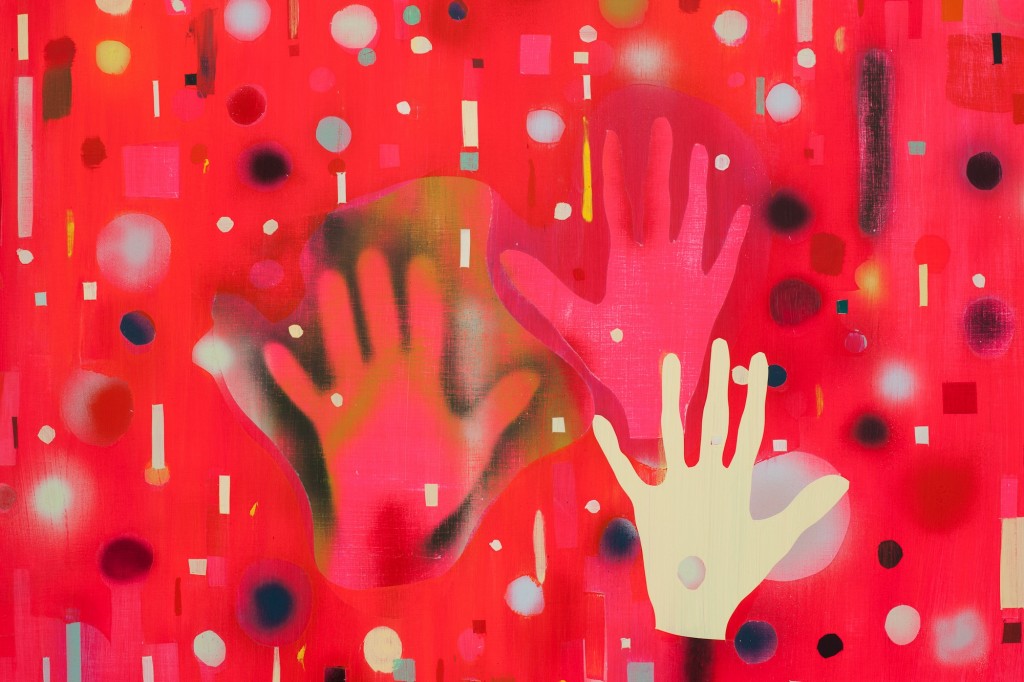 Known for his abstract and figurative paintings of utopian, dystopian and marginalized communities as well as American politics, de Balincourt breaks new ground in an exploration of collective global anxieties. Without a unified linear narrative, de Balincourt sets his lens to both macro and micro, zooming in and out of physical and psychic realities that comprise individual and collective experiences. The resulting works are a collision of the chaotic harmonies between disparate human experiences.

In his studio, de Balincourt simultaneously paints up to 10 works. Without preparatory drawings, he intuitively moves from painting to painting, allowing one to influence the next.  The painting process reveals itself as images and elements are layered with thin washes of oil and acrylic paint on wood panels.  Often small vignettes are found close-up in the paintings, scenes that are played out within the context of the larger composition.

This new body of work addresses the uncertainties of contemporary human life. The viewer may be unable to discern whether the burst of color over the ocean in Fireworks signals a celebration or an artillery explosion; whether the crowds gathered in Idol Hands are partying or protesting. This ambiguity is furthered in Off Base, in which soldiers are transformed into approachable boys affecting a pose for an official military photo. The overlay of green, red, brown and yellow camouflage on the soldiers’ bodies and faces unite them in a single abstract composition in which they are at once hidden and rendered visible. Ecstatic Contact, glows in fluorescent pink and red handprints, spray-painted dots, and linear paint strokes. In the artist’s own words this piece “emphasizes the metaphysical unity and underlying energy behind all exchanges and relationships, acting as the conductor, transmitter, and orbital center to the entire show.” 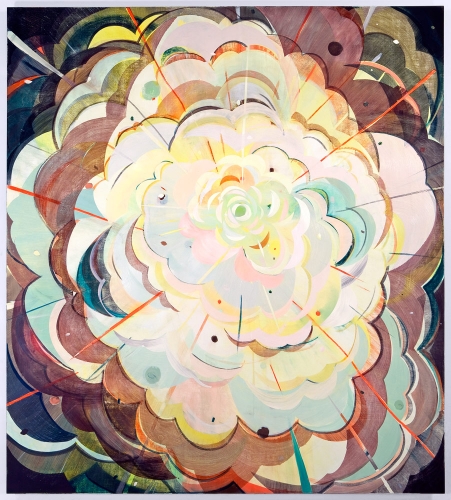 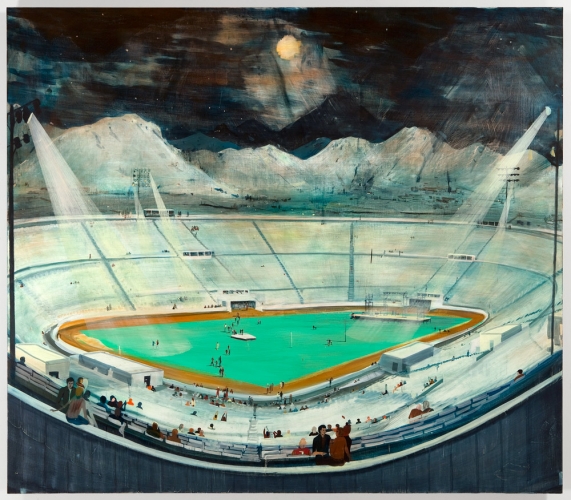 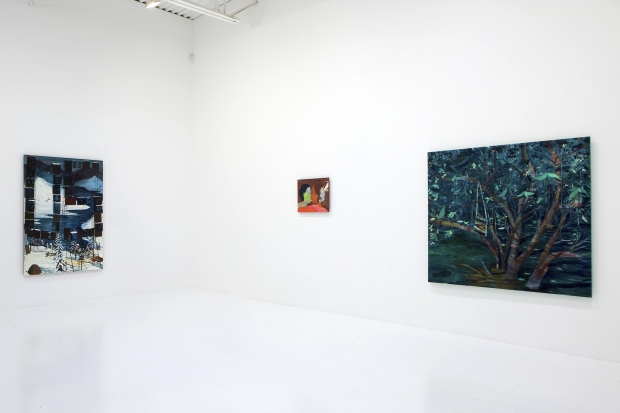