Below is a collection of images for the upcoming exhibition at Carmichael Gallery in NYC.  An exhibition composed of photos by Eriberto and Estevan Oriol, a father and son duo.  An interesting dialogue between the two artists due to their photographs’ content and relationship in and outside of the studio.  The show opens November 8th.  Go and check out this show at Carmichael’s NYC location.

Press Release (courtesy of the gallery): 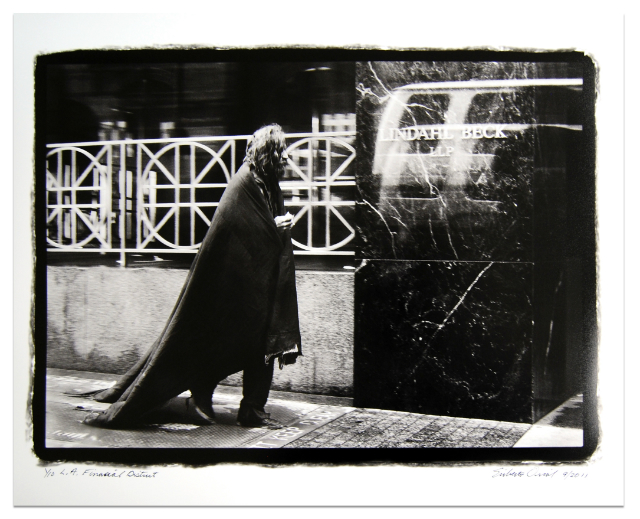 Carmichael Gallery is pleased to announce Like Father, Like Son : NYC, a retrospective survey of works by renowned Los Angeles-based Chicano father and son photographers, Eriberto and Estevan Oriol. The exhibition debuted at Carmichael Gallery’s Culver City space in the fall of 2011. The New York edition of Like Father, Like Son : NYC will comprise fifteen limited edition black and white, color, silver gelatin and digital c-prints from each photographer, including works exhibited in Art in the Streets (April 17 – August 11, 2011) at The Museum of Contemporary Art, Los Angeles (MOCA). The exhibition, which offers a dramatic taste of the urban California lifestyle, marks the first showing of the Oriols’ work side by side on the US east coast.

There will be an opening reception for Like Father, Like Son : NYC on November 8, from 6 to 8pm at 303 Tenth Ave in Chelsea. Both Eriberto and Estevan Oriol will be in attendance. The exhibition will run through November 24, 2012. 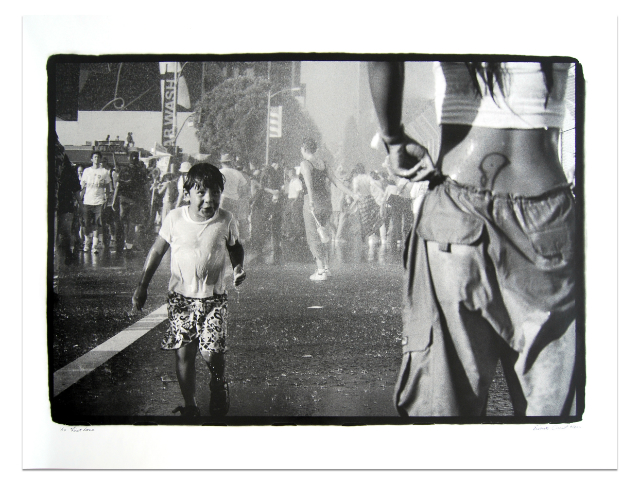 Whilst often distinguished by a complex melange of memory, emotion and intimacy that can manifest itself in equally terrifying and wonderful forms, the relationship between a parent and his or her child is a particularly unique human exchange and can hardly be defined in generalized terms. For Eriberto and Estevan Oriol, who are often cited as two of the most important contemporary documentarians of urban, hip hop, lowrider and Latino culture, the deep familial tie they share extends into and only serves to empower the unique nature of their professional relationship and the intense puissance of their work. Whether viewed together or apart, the Oriols’ photography presents the multitudinous contours of Los Angeles and urban life through a piercing, visionary lens that lends a fascinating, almost hyperreal layer to the earthy, often confrontational authenticity of their subject matter. 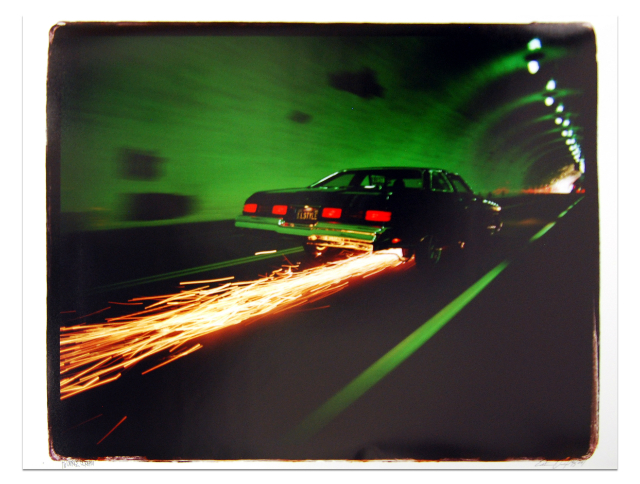 Perhaps one of the most interesting aspects of the Oriols’ oeuvre to date when considered as a whole, as in Like Father, Like Son : NYC, is its ability to complement and contrast the talents and purports of each photographer. Both are long-time observers of city life and the experiences of its inhabitants; Eriberto, whose understanding of shape, line and shadow are key features of works such as LA Financial District, 2011, The Thinker, 1974, and Need A Helping Hand, 2000, which define with gut-wrenching elegance the struggle and strength of the poor and homeless in Downtown Los Angeles and San Diego, form an effective and deeply affecting concordance with Estevan’s depictions of these communities, who, in works such as Skid Row Body Bag, 2009, Chestnut Family, 1998, and Pepper’s Shopping Cart, 2011, combines brutal honesty with rich sagacity to uncover a subtle, fleeting beauty that might otherwise have disappeared unnoticed. 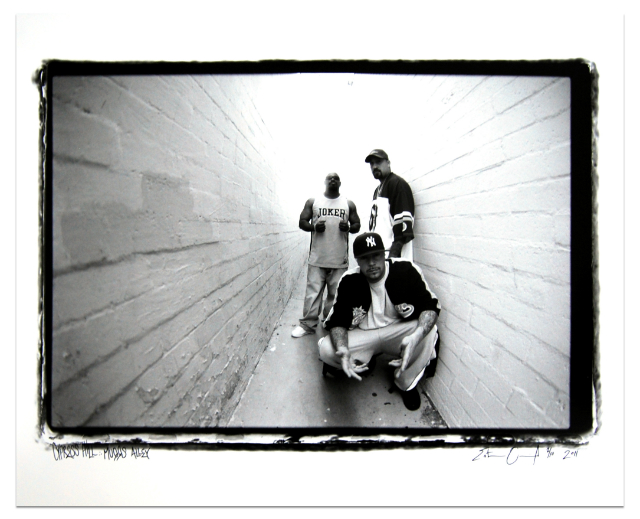 Other series represented in Like Father, Like Son : NYC include the photographers’ varied and illuminating portrayals of LA’s lowrider culture, dramatized to distinction in Eriberto’s color photograph Las Vegas Lifestyle Car , 2004, and the city’s gang life, exposed in a singularly vulnerable light in Estevan’s Bullet Holes and Stab Wounds, 2002, and Shaving the Dome, 2008. In addition to these and Estevan’s portraits of celebrities, including Dr. Dre, Ice Cube and Dennis Hopper, both Oriols will present a selection of their exquisite, oft-touted photographs of LA women, from Eriberto’s Traffic Jam 110 FWY, 2011, to Estevan’s Erlinda, 2003.

Next post Interview with Ryosuke Cohen from the National Art Center in Tokyo, Japan.