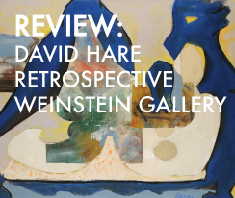 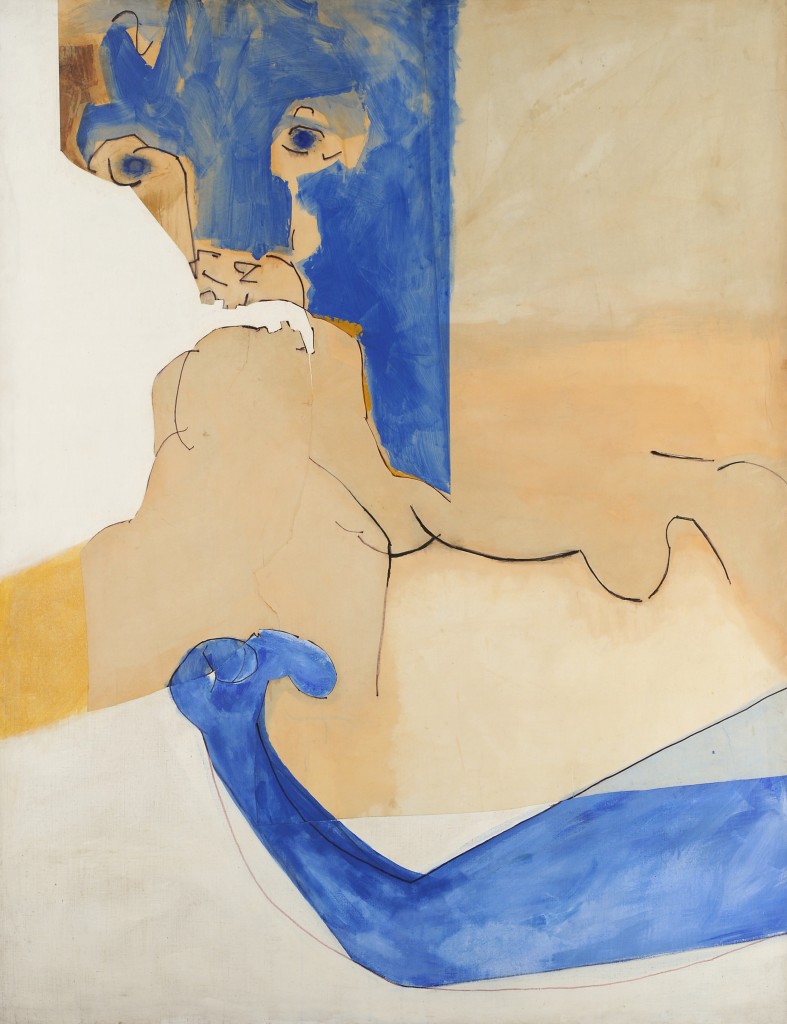 David Hare was more personality than painter, his pampered upbringing impacting upon his ambition and distain for self-promotion, which otherwise may have propelled him to the front ranks of American art history. He certainly had all the hallmarks.
His mother, Elizabeth Sage Manning Goodwin Hare, was a major benefactress of the 1913 Armory show, and he grew up in an art salon attended by such artistic luminaries as Arthur B. Davis and Walt Kuhn. Hare’s entry into the arts as a photographer, was paved by his mother securing portrait commissions from upper crust New York society, including President Franklin D. Roosevelt. His marriage to the daughter of the United States Secretary of Labor placed him in an advantageous position in aiding his cousin, Kay Sage, in securing the necessary papers, not only for Sage’s husband Yves Tanguy, but for the whole Surrealist “boatful of madman,” including Andre Breton, with Hare legally vouching for the Surrealist Pope’s moral character in order to gain entry to the country (not without risk, as Breton was an avowed Communist). Breton appointed Hare the titular head of the important Surrealist-in-Exile journal, VVV, Hare in turn, seducing Breton’s wife, Jacqueline Lamba, moving with her to France and causing Breton to title his next novel, “Young Cherry Trees Secured Against Hares.”
Encouraging her husband’s turn toward sculpture, the couple had instant entrée to the art world, securing the sponsorship of Jean-Paul Sartre, showing at Peggy Guggenheim’s Art of This Century, capturing the attention of Grace McCann Morely and Douglas MacAgy and securing a show of both their work at the San Francisco Museum of Fine Arts in 1946. Hare was taken in by leading gallerist, Staley Koontz, befriended by Marcel Duchamp, and secure enough in his own skin to take on leading Abstract Expressionist Robert Motherwell in print. In 1977, The Guggenheim Museum showed his “Cronus Series,” comprised of paintings, drawings and sculpture.
But it all came too easy, and perhaps wearied him. Shedding several wives and New York studios, he eventually settled in Idaho, content to make that art that, “shouldn’t be accepted by the public…(The public) may agree in the course of years. They won’t agree now.”
The sumptuous Weinstein exhibition finally presents us the opportunity to appraise Hare’s work in full, from all periods and mediums of expression including plaster, iron, bronze, painting and collage. A scholarly catalog and symposium accompanies the show, attempting to establish Hare as an important bridge between Surrealism and Abstract Expressionism, which he was. This is a museum quality exhibition marking Weinstein Gallery’s continuing evolution as an important San Francisco venue for overlooked artists and their estates. Next up – the long awaited Hassel Smith reappraisal.