Robert Hughes’ “The Shock of the New”

Before PBS’s accessible and entertaining lesson in contemporary art, “Art 21,” there was Robert Hughes’ distillation of modern art, “The Shock of the New.” Broadcast in eight, hour-long segments that aired on the BBC in 1980 and PBS in 1981, the series spans art history from Impressionism to Pop. Hughes spent three years writing essays for each episode and filming them around Europe—he later compiled them into an equally great book—and the time spent is evident in the series’ intelligence.

Without a highly abstract way of thinking about matter, there is no technology. Likewise, there can be no science. If this power to abstract was the least common denominator of a coming society whose modernity would depend on scientific progress, then its proper art must be abstract too. Abstraction, for the Russians, was reality (Episode 2, The Powers that Be).

And then Hughes had a filmed interview with sculptor Naum Gabo back up his thesis! One of the things that makes “The Shock of the New” so special is primary evidence, from interviews with Marcel Duchamp to Dada home movies. Another is Hughes’ episodic interweaving of his interpretation of history and endearingly humanist opinions, (like genuine hope in art’s ability to positively change society), that credit the viewer for paying attention.

It’s a little irking that one of the best object lessons on art analysis I’ve ever encountered was initially created for TV, considering the number of books I’ve slogged through. It’s also delightful, and has all of the filmed sculpture-in-the-round and historical music an art nerd could ask for. Granted, Hughes wrote scripts like essays, but gathering the necessary breadth of information is difficult: political events, technological advancements, philosophy, the zeitgeist, the artists’ personal relationships and psychological mechanics. What is even more important than collecting that fact soup, is making new and profound connections between cause and effect or superficially disparate subjects. “The Shock of the New” series and book have so many of those inspired connections that it became a sort of source material itself.

We keep reading, and watching and absorbing because the more you learn, the more connections you make between art, subversion, psychology and perceptual change on a cultural scale; even if your parents knew all about that connection thirty years ago, it’s a hell of a thrill. 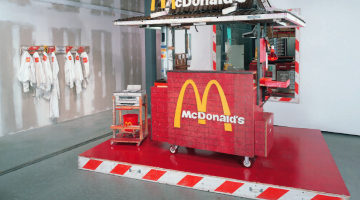 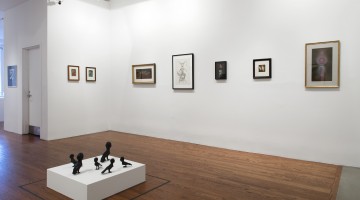 Language of the Birds: Occult and Art at 80WSE Gallery