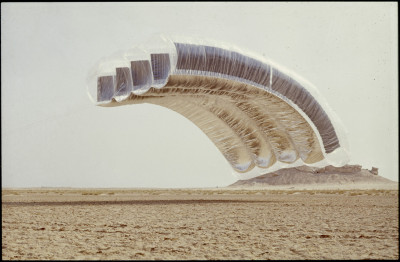 “Far-out Voices” is currently on view at The National Museum – Architecture in Oslo, Norway. “Far-out Voices” presents a selective insight into the pioneering origins of what we today call green design, revealing links between current notions of “sustainability” and the counter-cultural movement of the 1960s and 1970s. The exhibition is a point of entry into the early advocates of alternative architecture and technology, who experimented with “sustainable” design long before sustainability became a buzzword.

The exhibition is built up around a series of documentary interviews filmed by Caroline Maniaque-Benton. Do-it-yourself manuals, photographic documentation and ephemera linked to the work of Steve Baer, Mike Reynolds, Jay Baldwin, Graham Stevens and others trace out a legacy of direct action and experimentation driven by a desire for autonomy from the state and its infrastructures.

Previous post Tough Love for THE FUN at the Museum of Art and Design, NY