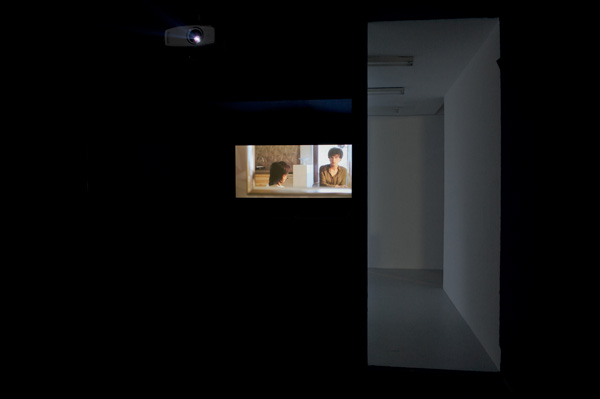 Currently on view at Air de Paris in Paris, France is “Bons Baisers d’Hollywood,” a solo exhibition by Brice Dellsperger. Dellsperger exhibitions come with a built-in paradox: everything is repetition and reprise, but at the same time exhilaratingly new. “Postcards from the Edge” comprises new additions to the cult series “Body Double”, with the artist reworking sequences from art and mainstream movies to create already fantasized scenes that lend themselves to further fantasizing. Memory effect has an immediate impact on each of these scenes, the most frequent feature of the “Body Double works” being the playing of all the parts by the same actor transformed into an actress.What the viewer is witnessing in this use of reprise and recursiveness is nothing less than the infinite multiplication of forms of desire confronting its object, and this in its purest state: a projection.