“OTHER STATES” is an evening of sounds and film performances/screenings by Paul Clipson, Chris Duncan, and Collin McKelvey at the Echo Park Film Center, Los Angeles tomorrow, February 1st.  The event is in celebration of LAND AND SEA’s twentieth release “REEL” By Paul Clipson, a 287 page book collecting over 10 years of drawings from his job as head projectionist/av tech at SFMoMA. The drawings illustrate the moment before the “cigarette burn”(a symbol used in film projection to indicate when to change the reel of film) will show as reference to the part-time projectionists. As well as insight into Clipsons largely unknown drawing abilities, REEL archives a partial history of the films screened at SFMoMA. 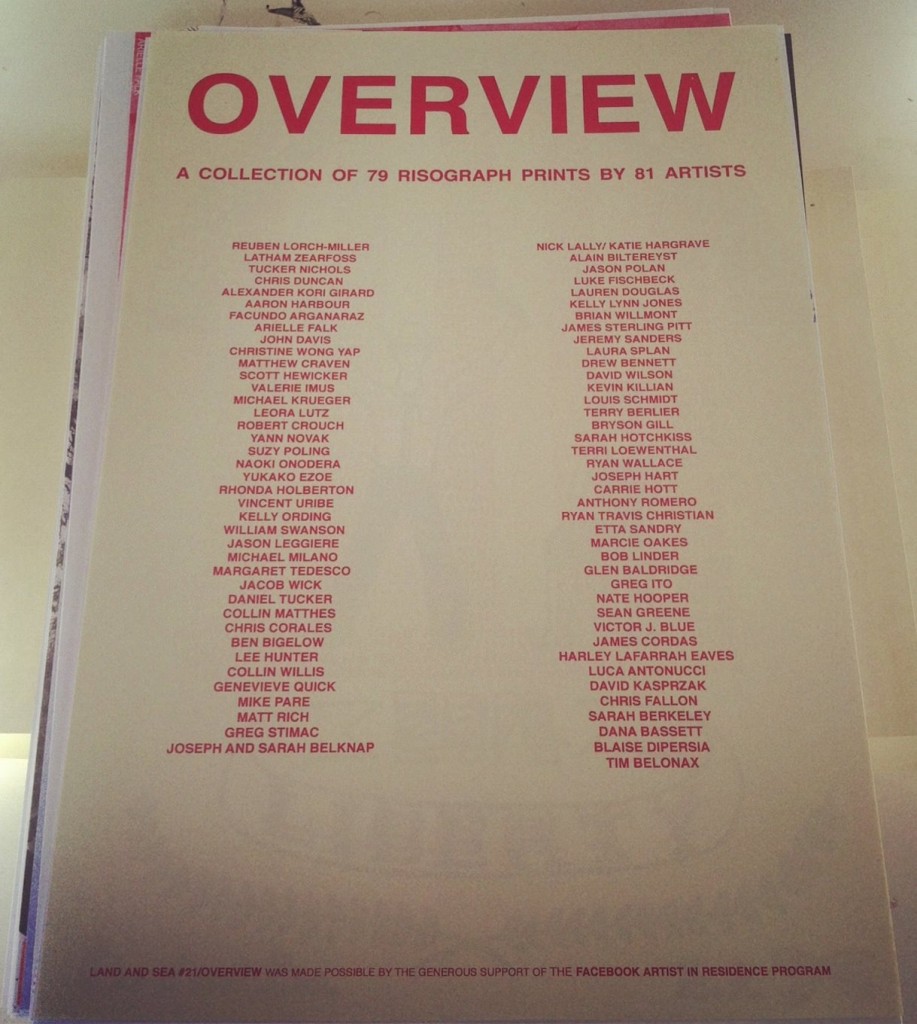 Courtesy of LAND AND SEA.

LAND AND SEA also released “OVERVIEW,” a collection of 79 risograph prints by 81 artists made in edition of 200.  LAND AND SEA will be at the Los Angeles Art Book Fair this weekend.  Find some time to visit them and their new website: http://landandseaeditions.virb.com