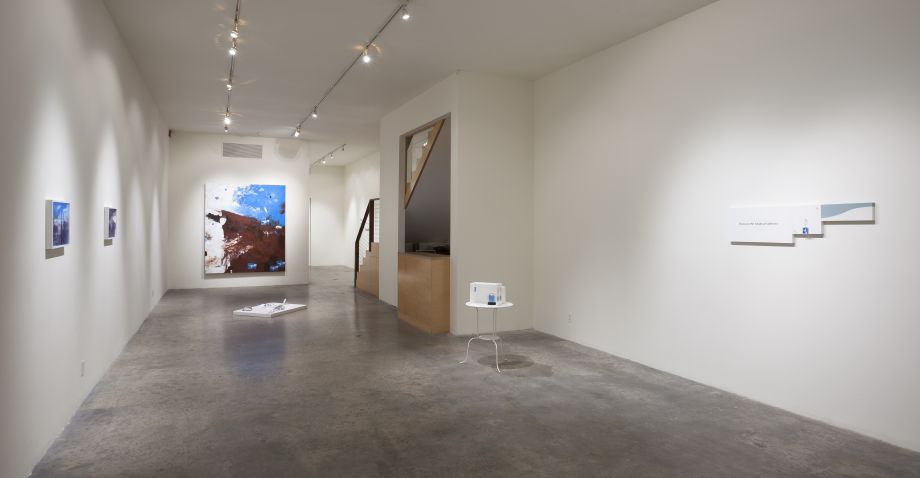 Opening Saturday, January 4th at Steve Turner Contemporary, Los Angeles is “Single Image,” a two-person exhibition by New York-based artists Brendan Lynch and Alex Ito. The works on view all stem from a pact between the two artists whereby each agreed to make work inspired by a found photographic image that depicts a white sheet billowing in the wind. They chose this innocuous image so that each would have to draw heavily upon his own imagination to create works—and viewers would have to do the same. 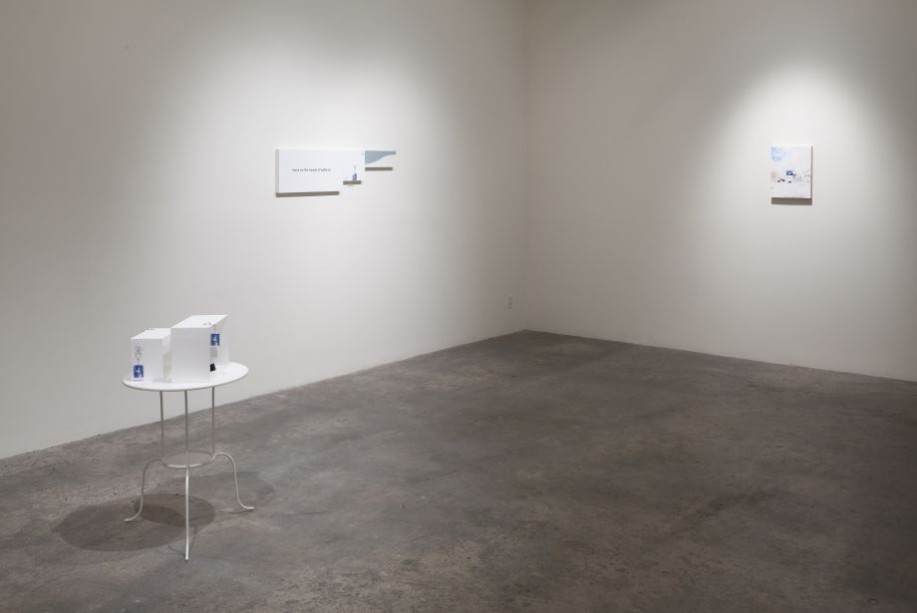 Lynch will present a group of paintings and a sculptural installation. His paintings incorporate multiple copies of the found photograph with a range of painterly effects over the image. Ito will present a mix of painting and sculpture. His paintings consist of three abutting panels, one with stream of consciousness text that he wrote in reaction to the source image; one with hooks holding keychain picture frames that house the source image; and one with an abstract wave painted in two colors. His sculpture consists of a group of installations comprised mostly of office materials (paper clips, office frames, binders) together with the found image, ink drawings and some plaster lumps that resemble moon rocks. He thinks of all these works as “open-scripts” with multiple meanings.