Maria Park’s solo exhibition “Composition” at Toomey Tourell is inspired by Francois Truffaut’s 1966 film “Fahrenheit 451” which is based upon the science fiction novel by Ray Bradbury. Simply put, the movie is about government book-burning and the eradication of language and knowledge for the polis at large. The implications of the story weigh heavily toward censorship and the existential angst of those who dare to question fascist mediocrity in a dystopic society. However, Park’s work leans toward the art of film and emphasizes fragments of scenes through the representation of specific objects. Her choices for subjects in her work are emblematic of the film’s general theme while at the same time emphasizing the impact of film itself. The result is a collection of works that capture the sadness of extremes in moments of loss. 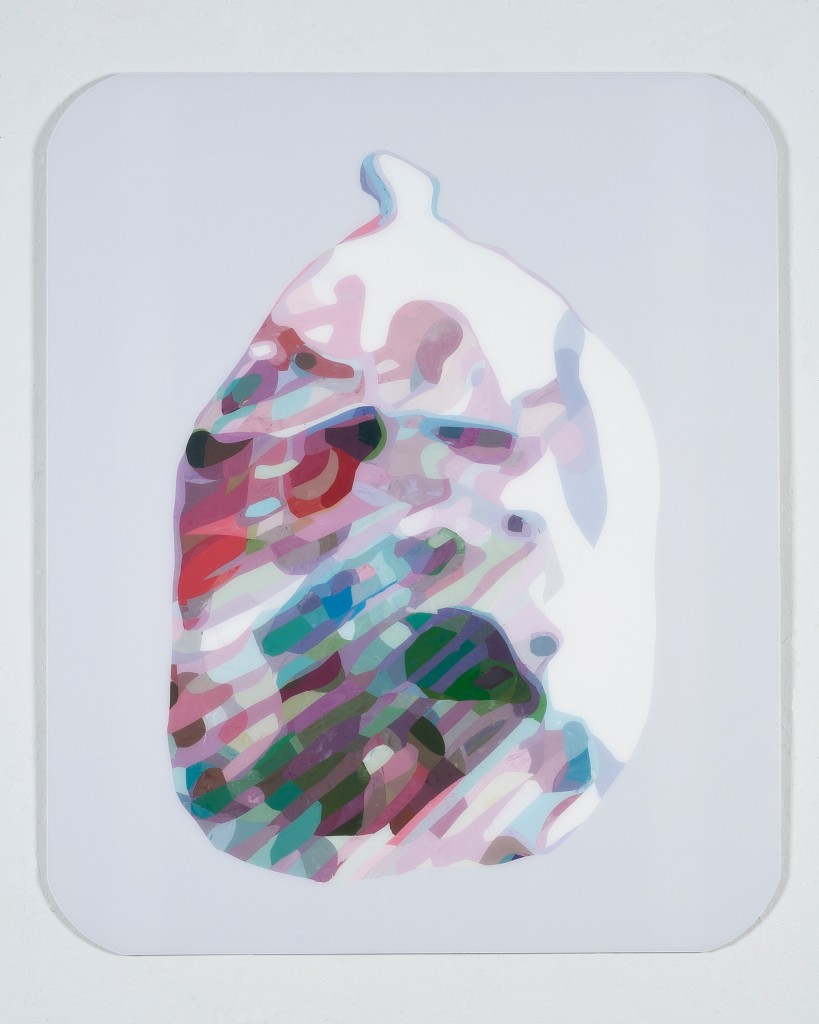 Two series, titled “Still 1-9” and “Compositions 1-12” feature paintings of a bag of books that are in the opening scenes of the movie as they are flung from a balcony, falling four flights below to their inferno demise. Taking the same image and repositioning it and rendering it again differently several times acts like the rewind button pressed on a video player. Yet, each time new enhanced meanings arise from the repeated iterations, driving home the notion that there is something amiss and something to be seriously considered.  The “Stills” are small works – 8” x 10”, while the “Composition” pieces are quite large and almost life-size at 36” x 30”. The small works are painted in realistic colors, while the larger works are very pastel tones of lavender, various shades of white, pale blue, greens and soft browns. The effect is ghostly, as if foreshadowing the smoke and ash of the books’ future fate to the pyre. 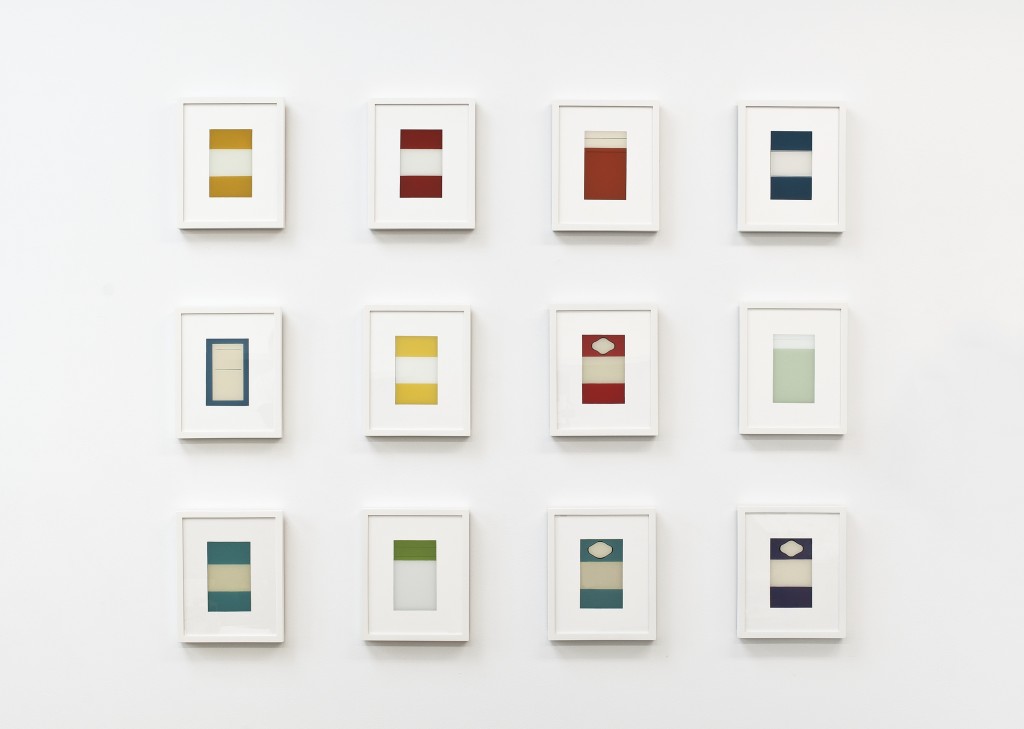 Other works in the exhibition include “Cover 1-12”: paintings of Penguin Book covers without any text. These abstract works, like much of the work in the show are reverse paintings on transparent surfaces. The book covers are on glass, whereas other works are Plexiglas and clear polycarbonate sheets. The use of this material seems to mimic the television screen—a key component to the daily lives of many in 1966 and one that is slowly fading away, with print publications following suit—the television screen and books both replaced by the computer screen. Simple consumer preference of visual stimulus in favor of objects is a current and timely happening, with rapid obsolescence waiting patiently for the next new thing to replace the old. If anything, Park is reminding viewers that some things should remain—not for the sake of nostalgia, but materiality is part of history, be it film or books.

“Composition” is on view through