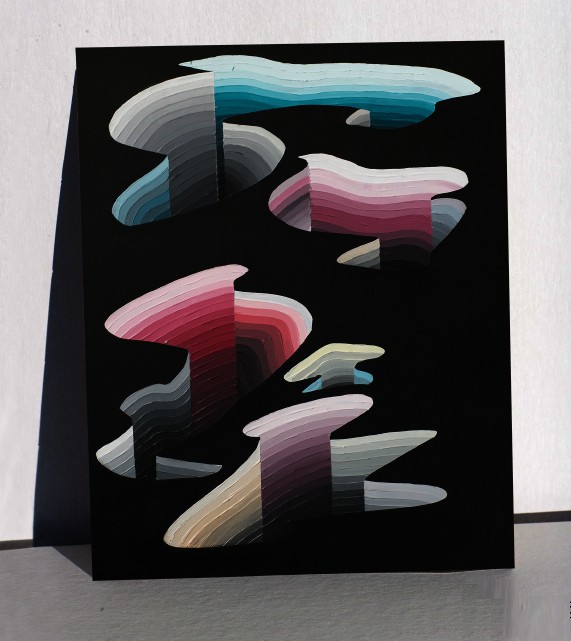 Opening Friday, February 21st at City Limits, Oakland is “Circuiting,” a solo exhibition of new paintings by Justin Margitich. Noticing the liminal forms created by sharpening his metalpoint stylus on fine sandpaper, Margitich began using his own incidental marks as beginnings of compositions, painting striations of color on what was previously scrap material. Influenced as much by Frank Stella’s early “black paintings” as the subtle gradients of Andreas Schultze, the works in Circuiting are an exercise in precision and repetition, finding new value in various kinds of mark making and leaving little to be discarded.