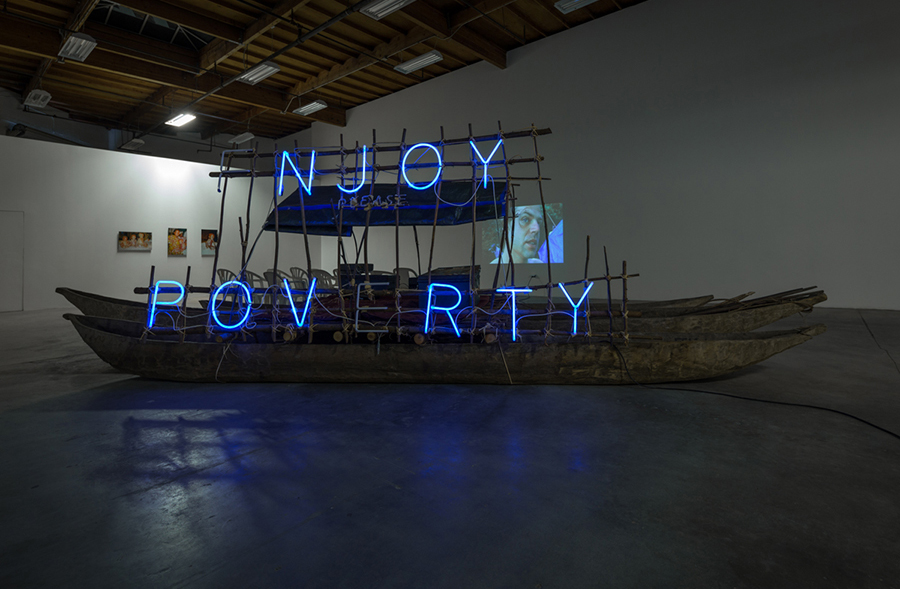 Currently on view at The Box, Los Angeles is “Episode III,” the first solo exhibition of work by Renzo Martens in the United States.  We are proud to bring the work to LA specifically because this is the city where Martens developed the ideas that he employed for both of his films: “Episode I” and “Episode III”. “Episode III”, also known as ‘Enjoy Poverty’, is a 90-minute film registration of Martens’ activities in the Congo. In an epic journey, the film establishes images of poverty as the Congo’s most lucrative export, generating more revenue than traditional exports like gold, diamonds, and cocoa. However, just as with these traditional exports, those that provide the raw material, the poor being filmed, hardly benefit from it at all.  “Episode III” will be projected from the mobile research platform-a three part wooden raft on which the film was produced while traveling down the river Congo during the filming.  Also included in this installation will be photographs taken by the Congolese photographers featured in the film.