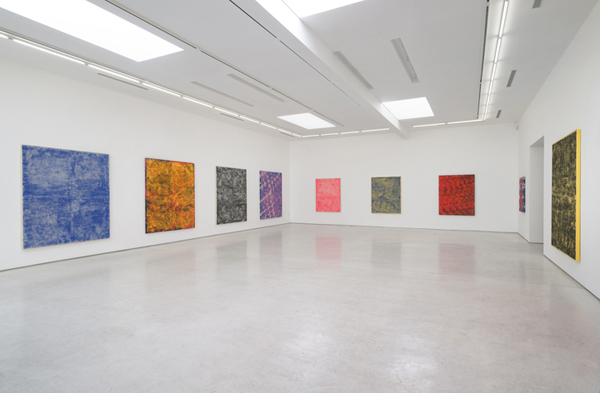 Currently on view at Roberts & Tilton, Los Angeles is “/ˈkaɪˑæzəәm/” a solo exhibition by Evan Nesbit. “/ˈkaɪˑæzəәm/” features a new body of work exploring the physicality of vision and visceral systems within painting. Nesbit incorporates striking colors, vivid textures, and volume to create paintings that elicit an experience reaching beyond the confines of what is seen, to summon what is perceived. The results provoke the viewer to engage in an active participatory role, as the gaze conflates the static physicality of the canvas with the natural saccadic movement of vision. Highly influenced by phenomenological philosopher, Maurice Merleau-Ponty; Nesbit harnesses philosophical investigations of human perception to address issues within image making in an effort to not only exist as an object, or momentous glance, but as an invitation for a suspended visceral exchange. 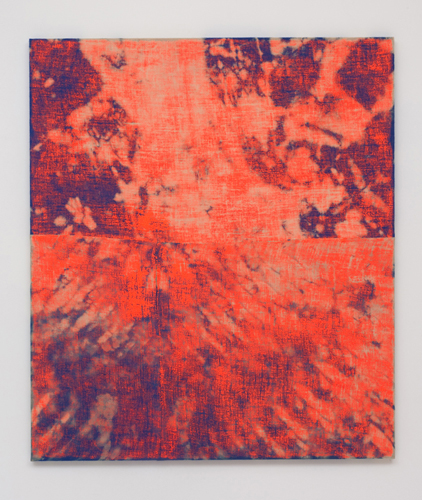