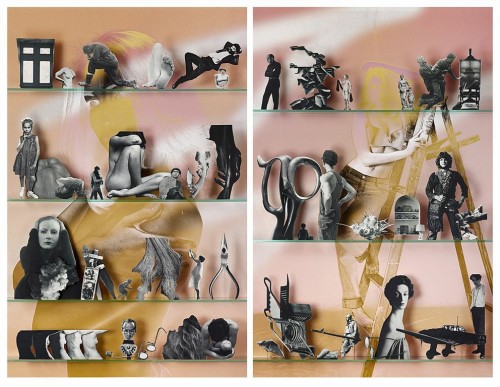 Opening Friday, March 21 at Jessica Silverman Gallery, San Francisco is “The Populist Camera,” a solo show of new photographs by Matt Lipps.  The exhibition consists of intriguing still lives that combine appropriated imagery with personal photographs. Using collage strategies, sculptural tropes and theater staging techniques, Lipps’s series is a requiem for analog image-making, which is relevant to the ubiquity of photography in the digital age. Lipps’s series comes from a seventeen-volume set of books called “Library of Photography,” that he cut out and assembled almost 500 figures from the books, building cardboard structures for them, so they become autonomous, moveable “actors,” representing divergent realities, on a multi-tiered proscenium. 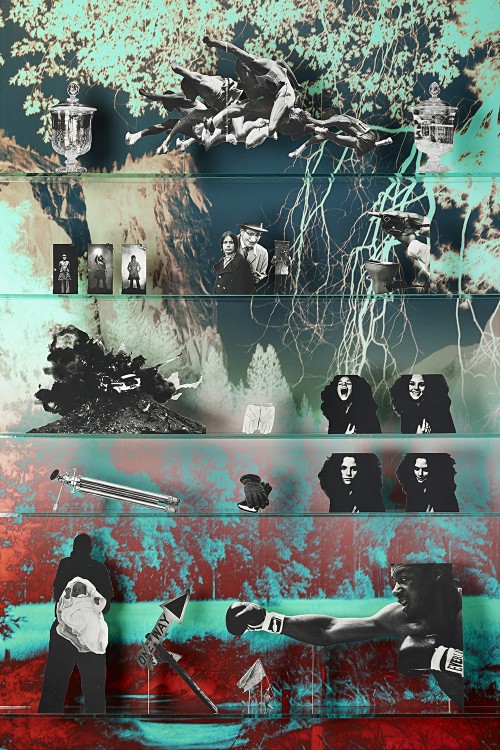