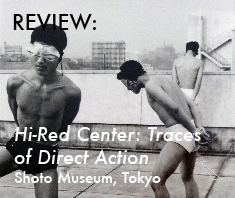 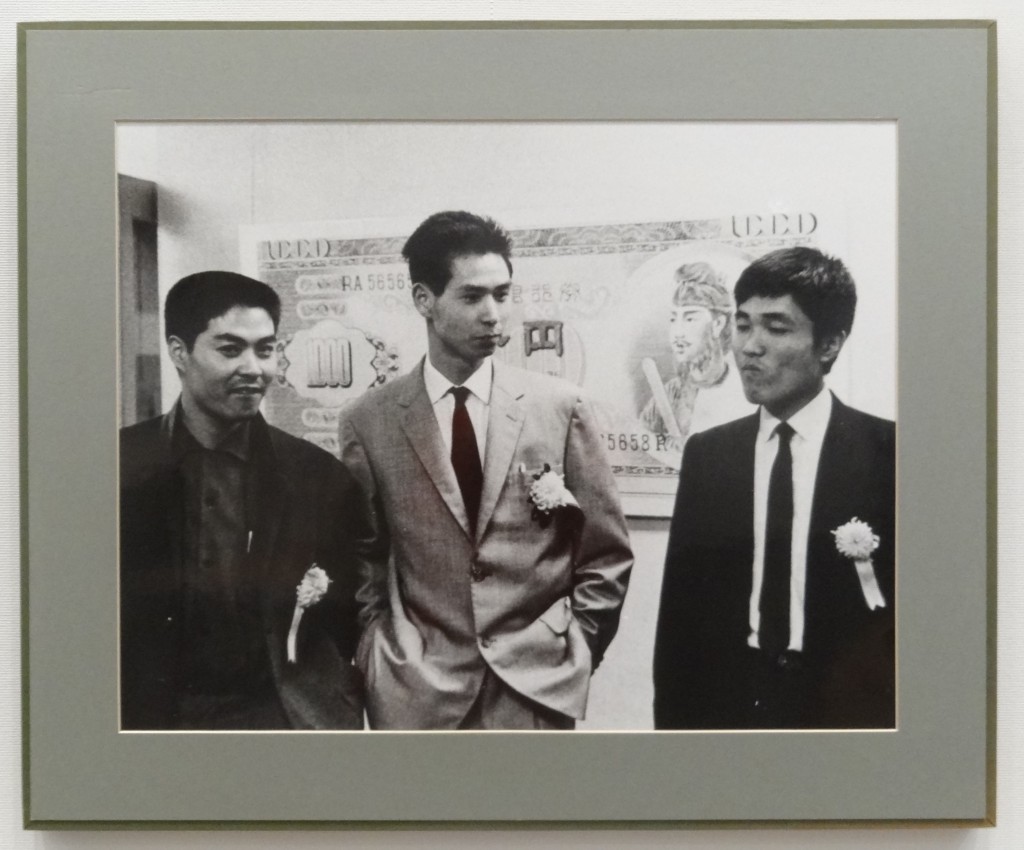 The Shoto area is tucked away in a quiet corner of the otherwise glitzy Shibuya Ward – one of Japan’s most popular youth meccas. This gentrified residential neighborhood is home to both old and new money, and it shows in the high walls surrounding exquisitely designed European-looking cottages and the BMWs parked in front of recently built houses. It would be interesting to ask Genpei Akasegawa, Natsuyuki Nakanishi and the ghost of Jiro Takamatsu (Image 1) what they think of Shoto as the site of the first major retrospective exhibition ever devoted to their youthful exploits. Fifty years ago a place like this could have been the target of their picaresque performances. Or maybe not, as they preferred more crowded and high-profile places.

Takamatsu, Akasegawa and Nakanishi occupy an important place in the history of the avant-garde as the funding members of Hi-Red Center, a group of cultural agents provocateurs that between 1963 and 1964 managed to shock and outrage middle-class Japan so much that not only the art magazines but even major newspapers got interested in their guerrilla-style actions. However It would be useless to look for deeper political meanings in their moniker as it was simply born by putting together the initial Chinese characters in their names (Taka = High; Aka = Red; Naka = Center).

The group was officially born in May 1963 at the 5th Mixer Plan, but the three former art students had actually begun to collaborate informally a few years ago. The exhibition kicks off with the photo documentation of the infamous Yamanote Line Festival (28.10.1962) (Image 2a, Image 2b) when Takamatsu, Nakanishi and their friends, after invading some of the stations and even boarding train cars, performed a number of nonsensical actions like painting their faces white, staring at strange objects they had hung from the straps and reading hole-filled magazines under the bewildered looks of their fellow riders. 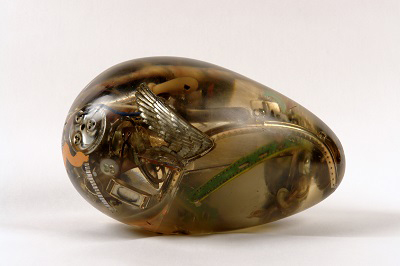 Among the things they carried around there were the “compact objects” (made by Nakanishi) (Image 3a, 3b) that would become a trademark of the group together with their identifying symbol – a bright red “!” (Image 4) These objects were egg-shaped plastic containers that Nakanishi would fill with any kind of consumerist detritus.

The critique of modern society was at the heart of the group’s actions. While their happenings were undoubtedly influenced by Gutai (a group born in Osaka ten years earlier), Hi-Red Center’s attitude toward art-making seemed to have stronger social implications, focusing as it was on the distortions of the booming Japanese capitalism and individual alienation in the big city. 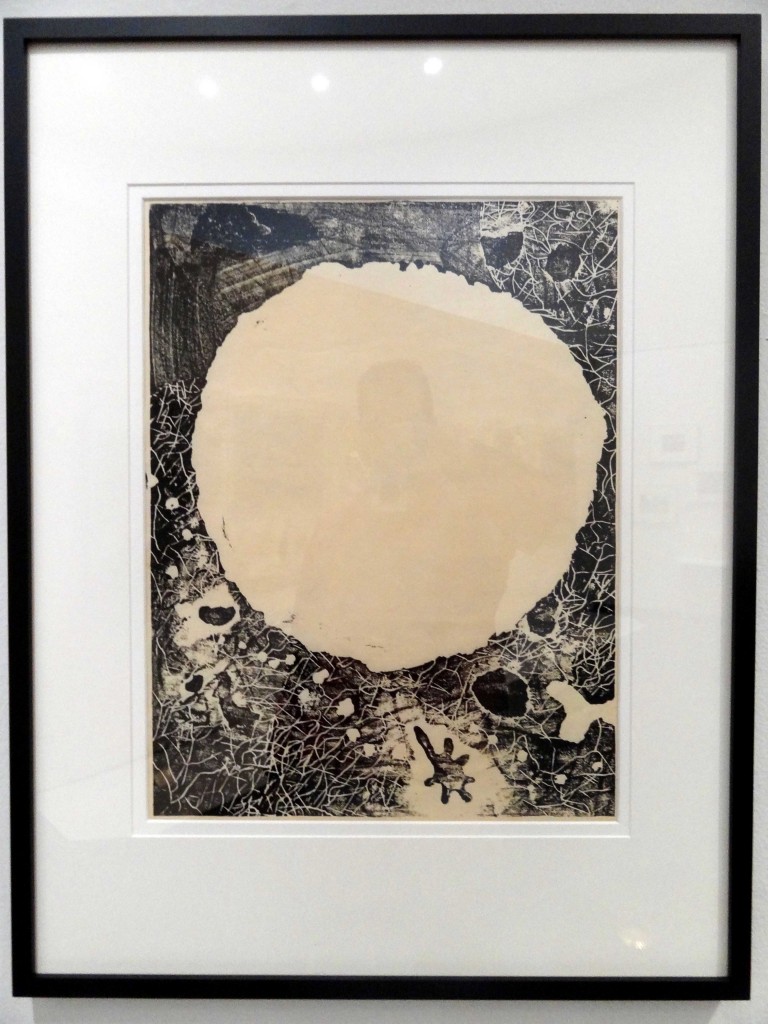 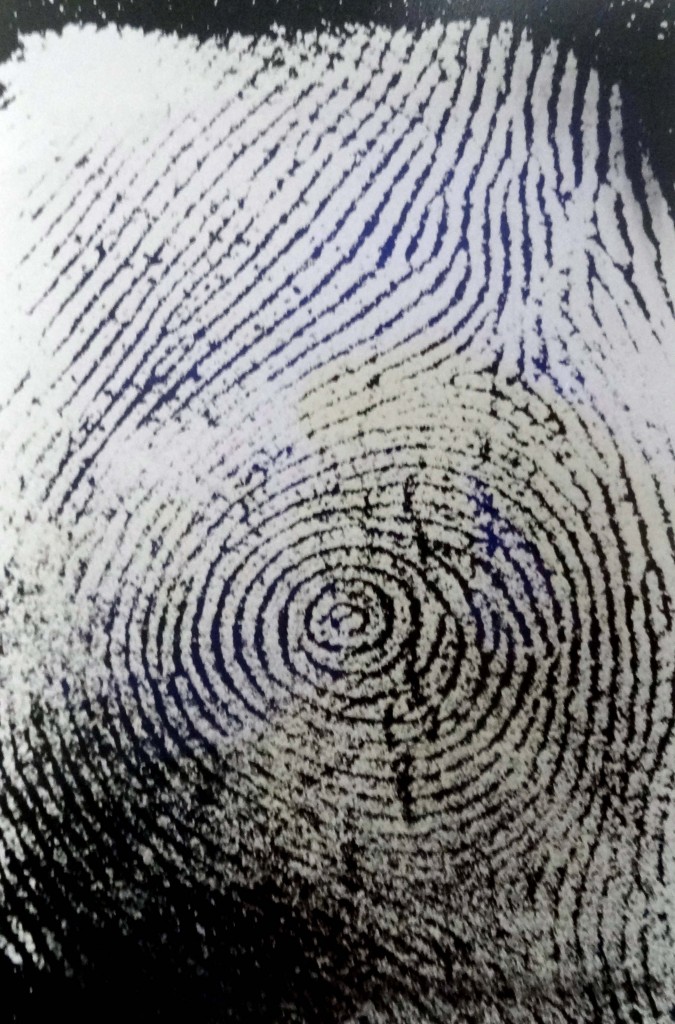 The city as an unfathomable living organism was another of their favorite subjects and already emerges in some of their older works, like Nakanishi’s “Rhyme” series (Image 5a, 5b) in which he portrays the metropolis by applying paint, enamel and sand to plywood and iron plates. The group’s imagery somewhat recalls the futuristic urban plans typical of Metabolism (an architectural movement that was born in Japan in 1959) while Takamatsu’s wood-block print of paper (Image 6) foresees the city voided of meaning that writer Kobo Abe will portray in “The Ruined Map” (1967), one of his best-known novels. Even fingerprints turn into maps, like in a close-up photo (Image 7) by Tatsu Waizumi who later joined the group. 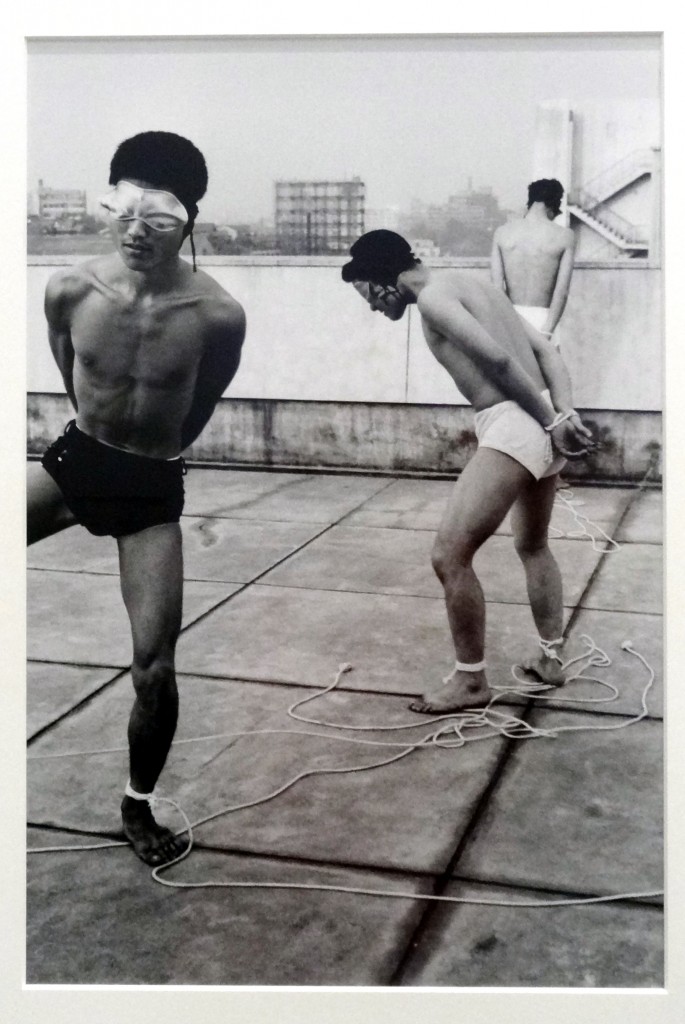 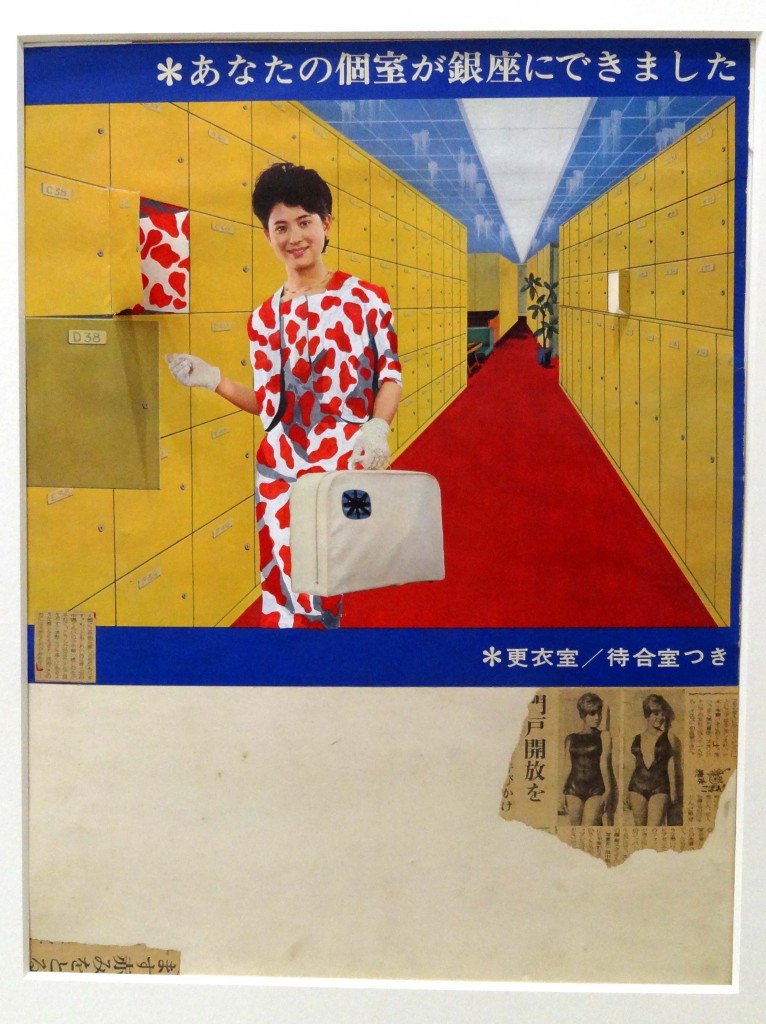 Eventually the trio became the center of an ever-changing collective whose modus operandi was to quickly strike in the streets of Tokyo, injecting art into the city before disappearing again. Among their pranks, they raided elite Waseda University and painted all the toilet seats red (apparently their favorite color), but in general their anti-commercial stance was such that they often did their thing where nobody could see them, like a building roof, where they played Rope-logy (15.8.1963) (Image 8) or from where they performed a Dropping Show (10.10.1964). This latter action (another example of their anti-consumerist attitude) consisted in the group dropping various consumer goods such as clothes, umbrellas, books and even a trunk. Then they gathered the whole lot – smashed trunk included – and put it into a random locker somewhere in the city, finally getting rid of the key (Image 9). 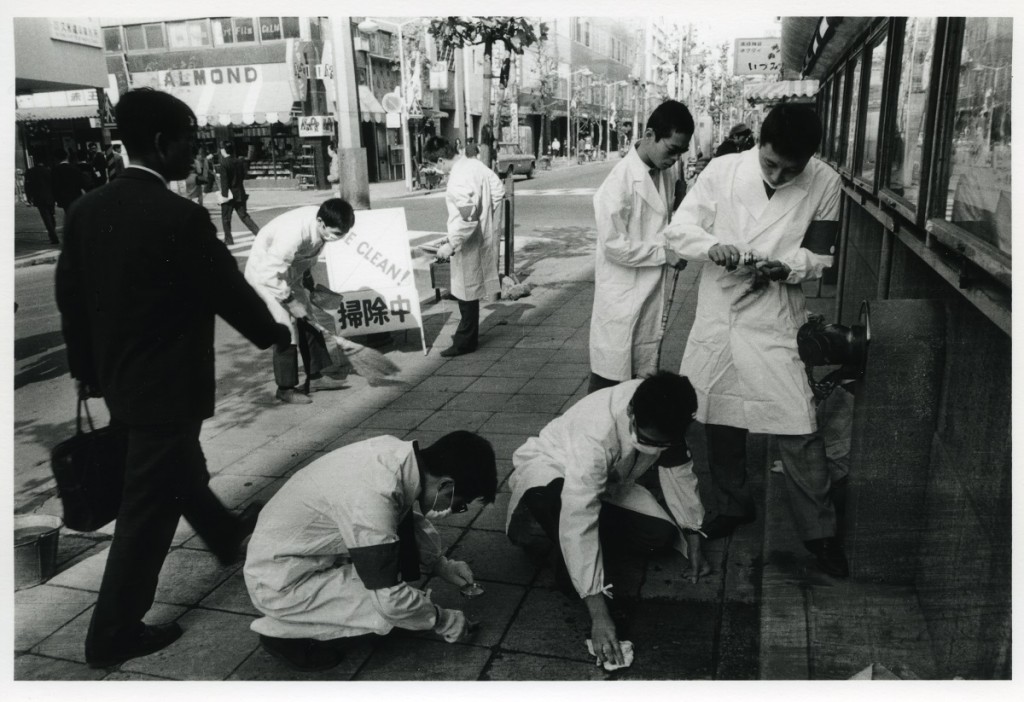 Arguably one of their most infamous actions was the “Movement to Promote the Cleanup of the Metropolitan Area (Be Clean!).” (Image 10a, 10b) In preparation for the 1964 Olympic Games, the authorities had encouraged citizens to give up some bad manners (e.g. spitting in the street) in order not to lose face in front of the rest of the world. On October 16 High-Red Center appeared in the fashionable Ginza district donning lab coats and surgical masks, and began to scrub sidewalks and manholes under the suspicious look of the cops – while most passersby actually believed they had been sent by the Tokyo Metropolitan Government. 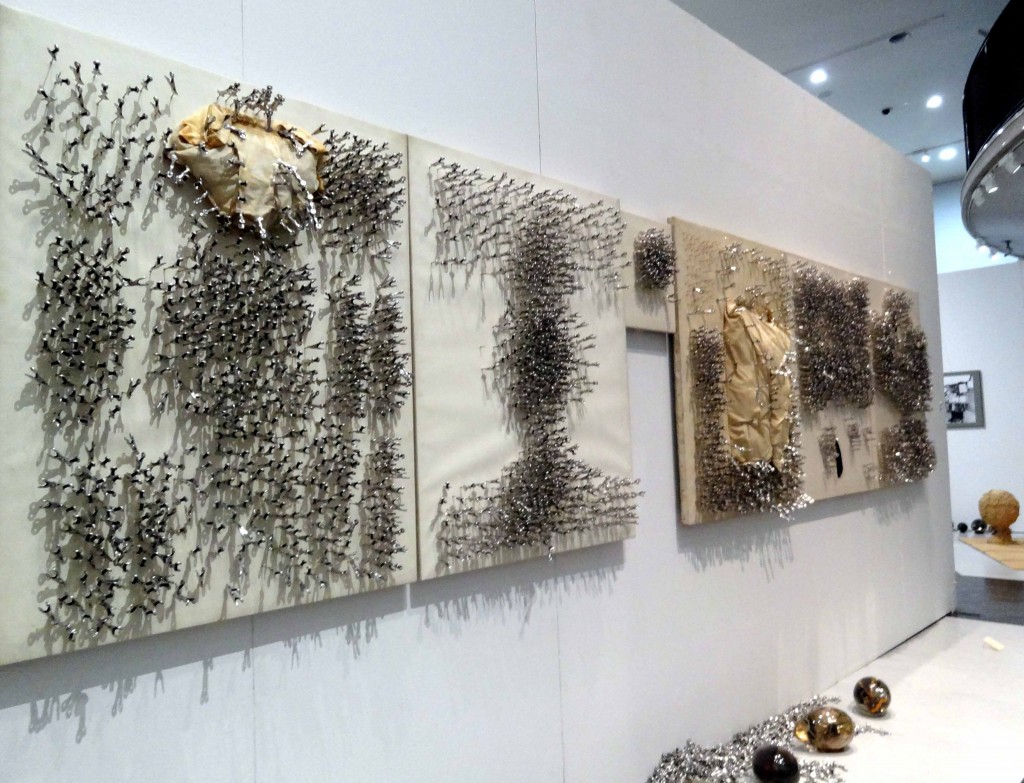 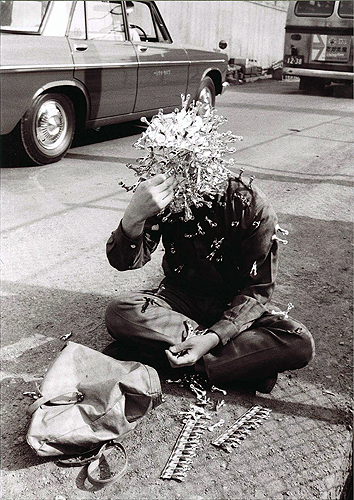 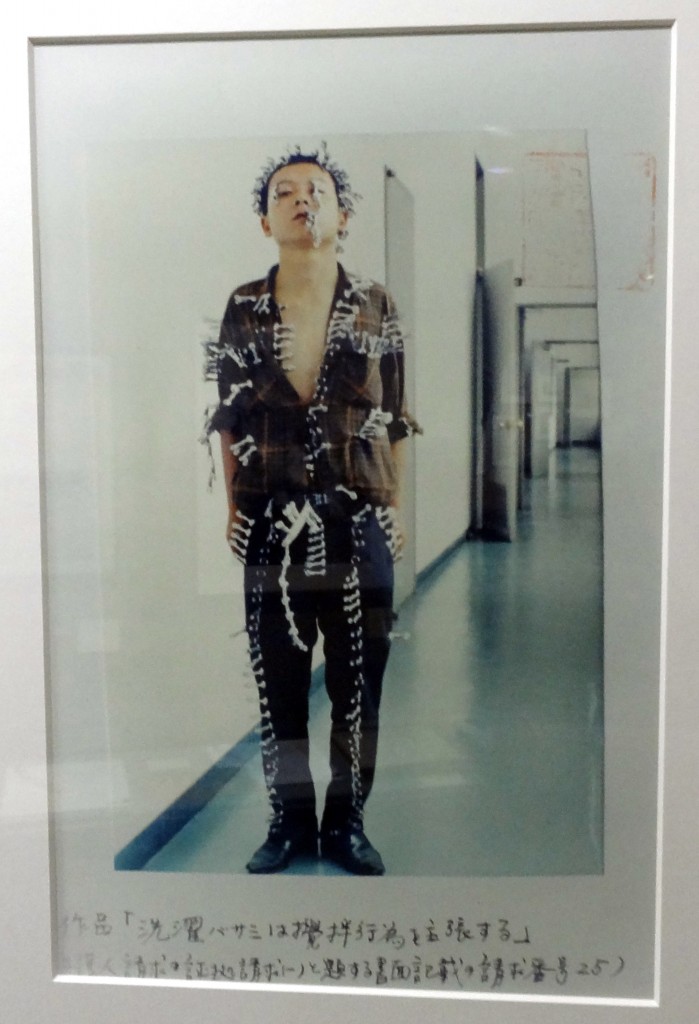 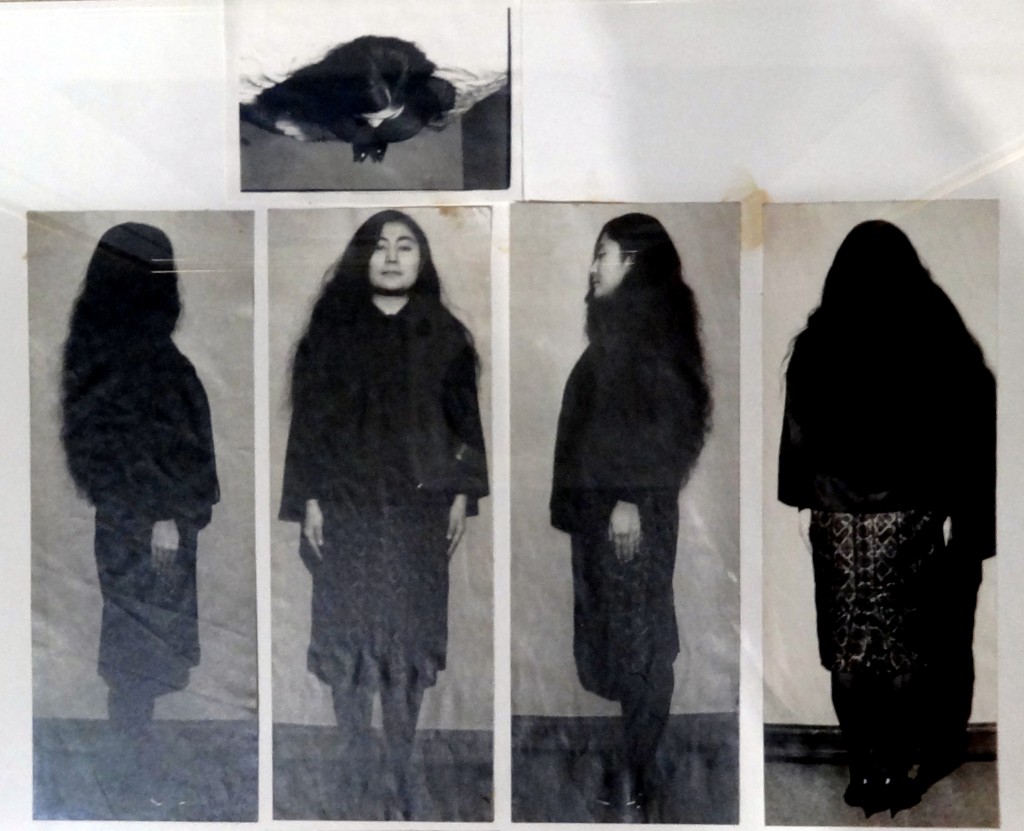 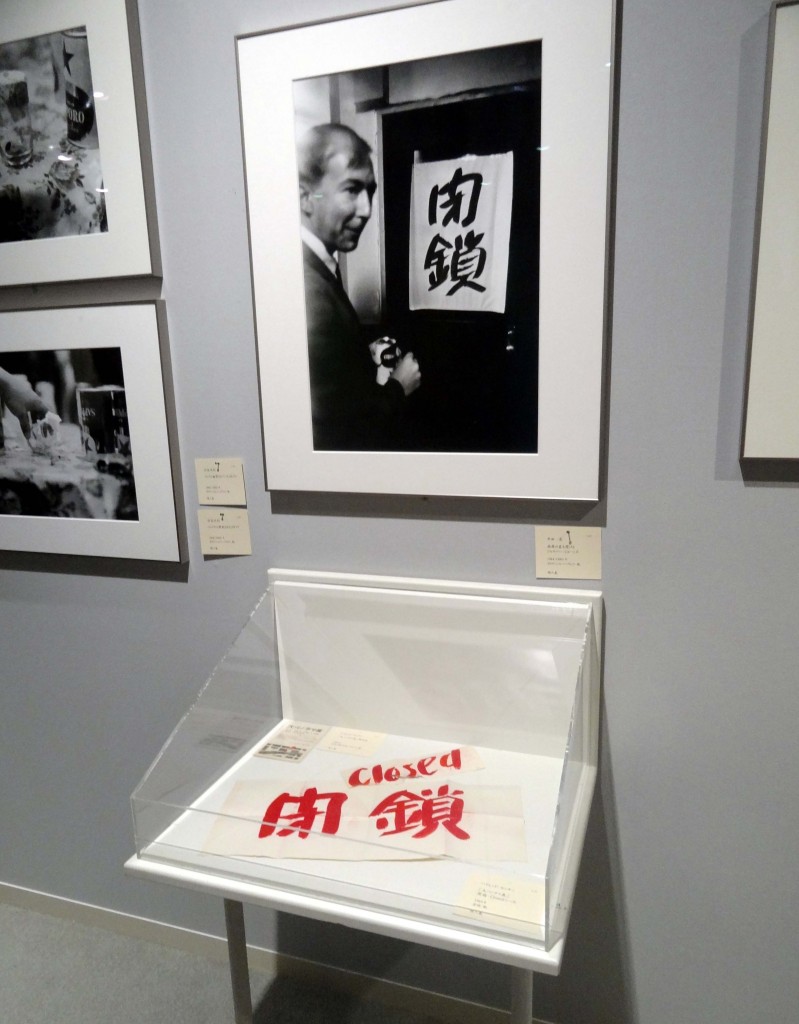 Probably it would be too much to define Hi-Red Center as proto-punk, but the group had a clear fascination with clothespins, that they used both to create their works (Image 11) and adorn themselves (Image 12a, 12b). In any case they were not fame-seekers. It is probably not just a coincidence that they disbanded as a group just when they began to attract the attentions of the international art celebrities. Before pulling the plug, though, they managed to involve a rather plump Yoko Ono in their “Shelter Project” (Image 13) and even Jasper Johns attended the opening – or rather the “closing” – of their “Great Panorama Show.” (Image 14)

The poster that Fluxus member Shigeko Kubota produced in 1965 as a posthumous homage to Hi-Red Center reintroduces the unconventional map as a form that goes beyond mere geography and by reimagining the urban landscape, directly imprints the group’s actions onto the city grid. (Image 15)