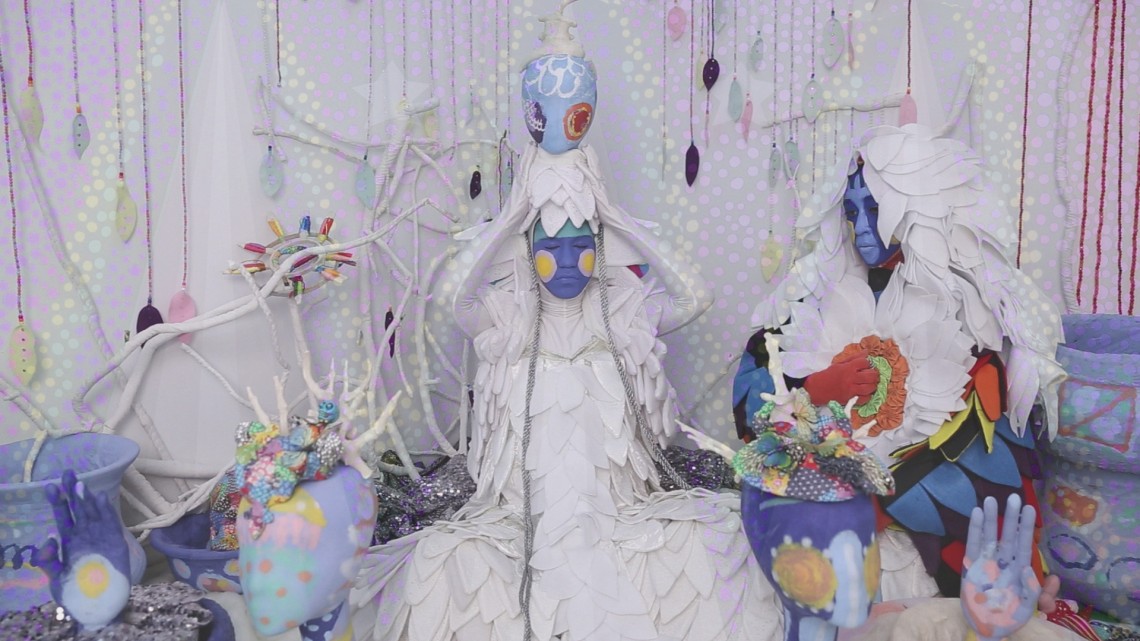 Tuesday, September 2, UC Berkeley hosts “Visualizing Consciousness – Hybrids, Fractals, and Ritual,” a conversation between artist Saya Woolfalk and Jeff Durham, curator of Himalayan art at San Francisco’s Asian Art Museum. This event is presented as part of the Department of Art Practice Wiesenfeld Visiting Artist Lecture Series, in association with the Berkeley Center for the Study of Religion. Born in Japan and working in New York, Woolfalk creates imagery and artifacts for invented worlds, as well as multi-media elucidations on these unfamiliar beings and spaces. The manner of display often references anthropological study, and Woolfalk’s multifaceted practice (including painting, drawing, sculpture, printmaking, installation, video, and performance) accommodates the grand scale of these constructed cultures and landscapes.

Currently in residency at Headlands Center for the Arts, Woolfalk has produced “ChimaTEK™: Hybridity Visualization Mandala,” a new multi-media work developed in conjunction with “Enter the Mandala: Cosmic Centers and Mental Maps of Himalayan Buddhism,” a current exhibition at San Francisco’s Asian Art Museum. This new performance, an exploration of Asian-American identity and hybridity, features the Empathics, a group of human forms that metamorphose and shape-shift based on interactions with their environment, as well as an original soundtrack by Paul D. Miller, a.k.a. DJ Spooky that Subliminal Kid.

The performance takes place at the Asian Art Museum on Thursday, September 4, from 6 – 9 pm. 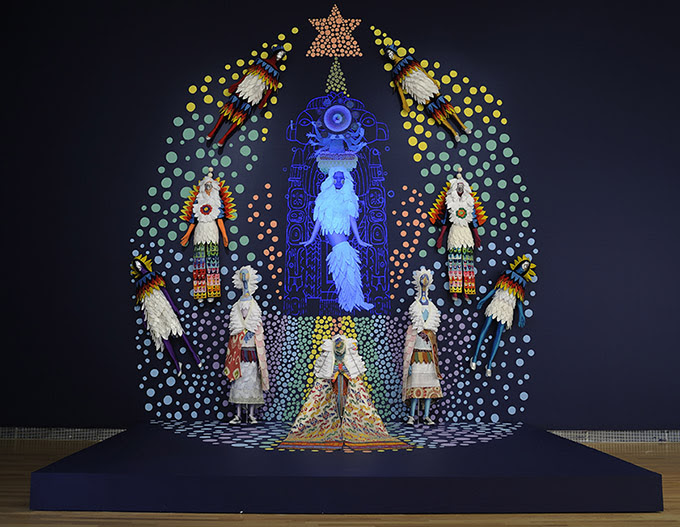 For more information on the conversation at UC Berkeley, please visit the website of UC Berkeley.

For more information on the performance at the Asian Art Museum, please visit the website of Headlands Center for the Arts.

–SFAQ Pick: “No Person is Without a Shadow,” group exhibition at Interface Gallery, Oakland.

Next post In Conversation: Shunya Hagiwara with Aaron Harbour and Jackie Im