The Losers of Chinese Contemporary Art

We have become familiar with the psychological condensation of political events and their media representation, with the changing dynamics of social welfare that lead to cuts in funding for culture, and the mainstreamed collusion of corporate capital with artistic economies. Such familiarization is often confused with what is a kind of “naturalization,” or the assumption of inevitability, but regardless, it seems to “make sense” that the representation of and systemization of art have become more and more overtly politicized. Of course, every country and every art scene has their own algorithm for taking in and reproducing these relationships, but the Chinese emergence within global contemporary art since the ‘90s is earmarked by its incredible productive capacities sparking a looming cloud of dust and smog over the rest of the world—both literally and metaphorically.

Call it the “Made in China mystique,” because production requires and begets new economies, but honestly, where the hell is all this money coming from? And who cares if what this entails for arts and culture within the mainland is fantastic? Cheap labor means that individual artists can create massive scale productions only accessible to art stars in the West; art becomes legitimized as a respectable career and investment; and artists who choose to politicize their work can make huge waves with international press at the risk of either being ridiculed for kissing white ass or getting trampled upon by authorities.1 Of course, the latter is what is heard about most in western media, but the irony of the matter is that whether looked at from East or West there is a certain ideological upholding of a concept of purity embedded within these politics. Either one maintains the purity of his/her artistic expression despite any kind of state authority, or one upholds the purity of artistic form without the need to play into the media spectacle of representation. In either case, however, it is the illusion of some artistic whole, either an individual or a collective one, that casts aside the small-scale players in China’s art world, because their precarious positions relative to finance and politics means that they have hardly the luxury to act full-on in either arena. As experimental musician and critic Yan Jun recently wrote about for The Wire magazine, “Beijing was a wonderful place for underground musicians, unknown artists, punks, neo-hippies and anyone who had no money but had a dream. Suddenly China has started emanating the illusion of being a major, rich country. Beijing was painted to resemble a monster amoeba by real estate developers and the Olympics. Then visa policies became stricter: losers out.”2 The “losers” here insinuate the non-wealthy foreigners who aren’t able to handle the authoritarian capitalist, anarcho-fun ride, but it also refers to the swaths of non-Beijingers who face discrimination because of the household registration policy (hukou) affecting jobs, education, and healthcare.

Some of the grassroots community publications that have popped up in Hong Kong in recent years.

What all of this creates the background for is simply another politicized reading of the context for art and culture in China. And maybe our interest in the “losers” is exactly why we have to move away from the art centers of the country, especially when those entail government sanctioned arts districts such as the now Disney-fied 798 Art Zone in Beijing and Shanghai’s Moganshan Road gallery area. The losers that don’t fit into those globalized treats of iced lattes and ridiculously high rents have to find other spaces and other means, and the result is that the do-it-yourself ethos that characterizes non-institutionalized practices must involve other forms of commerce, either by finding alternative means of funding incorporated into a space, or separate commercial endeavors pushing art to a part-time position. With a lack of government or foundational funding for the arts, there can only be fewer qualms about soiled artistic integrity, and both the winner and loser categories are populated with art and commercial space rental, art and fun products for sale, or fine art and fine dining.

Still, most of China’s independent art initiatives seem to face one of only two possible fates: either to expand and reconfigure as commercial galleries, or simply succumb to various pressures and disband.3 Maintaining a place within the “art scene” is, of course, not only a spatial question but a sociopolitical one. And if this is the case, it is perhaps in greater China—where the “winners” consist of Party members and tuhao, slang for the Chinese equivalent of trashy new money types—that there is lot more to be said about the “losers.” As noted by artist duo Sun Yuan and Peng Yu, even when individual efforts are collectively mobilized, as seen by the resurgence of collective practices in Chinese contemporary art, such solidarities are typically only made for greater impact within the competitive exhibition market hungry to peg the next big stars. Double Fly Art Center, a collective of young graduates from Hangzhou’s renowned China Academy of Fine Arts, are a perfect example, and their flashy, sophomoric antics have provided plenty a spectacle to counter the frustration of individual artists unsure of how to find their place within the art world after graduation.

So just who are the losers of Chinese contemporary art? While increased interest in self-organized practices since 2008 may historicize a certain number of small-scale initiatives, the tongue-in-cheek categorization sympathizes with the fall of most of these practices as a part of their “naturalization” in context. This is also the crux of their sociopolitical significance. Returning to the two destinies of Chinese independent art initiatives, we find practitioners such as Vitamin Creative Space (Guangzhou/Beijing), Long March Space (Beijing), and BizArt (Shanghai) falling into the former category of commercialization, and others like defunct LVXIAO (Beijing), HomeShop (Beijing), and Small Productions (Hangzhou) fading into the latter.4 As curators Bao Dong and Carol Yinghua Lu both insinuate, measures of economic reactionism occur as both a cause and effect of autonomous practice in China. For Bao, self-organization reacts contextually to the establishment of institutionalized artistic systems in contemporary China, and in the case of Lu and artist Liu Ding’s Little Movements research, cohesive artistic micro-economies are an inherent quality of independent initiatives. Such context specificity would then imply that it is the instability of modern China that conditions, for better or worse, an equal and reactionary instability of its progressive, critical cultural output.

Packing up the night that HomeShop closed its doors in December 2013.

The politics to be extracted from this broad overview occur as a dualism between majority and minority. If we can generalize further about the tolerance for minority voices, then the reality of China’s “anarchist spirit” destabilizing state authority precisely fits the ethos of self-organized and alternative practice. The ironic avant-garde of contemporary culture is to be found in the hackers and the forger-fakers, and perhaps the “copying” of such practices in art is one manner in which another form of multiplicitous, hybrid voicing can occur.5

An extremely pertinent example of this can be found in one of the biggest losers facing the fallout of China’s rise: Hong Kong. As relations tense and the Hong Kong sociopolitical economy bows to its “mainlandification” after the 1997 handover from the British, artists have been sensitive to the political gravity of the voice, and their reactions have charged everything from direct action in politics to the trend of community-based art engaging in local neighborhoods. Although the trending of terms like “community art” and “artivism” in Hong Kong can be viewed as cheap popularizations, it is exactly the possibilities created by the numerous independent broadsheets/newspapers and documentary works by artists in recent years that maintain a voice amid growing authority. Art space WooferTen’s work in the aging neighborhood of Yau Ma Tei on the Kowloon Peninsula of Hong Kong has been central to gathering a number of young activists and artists together with small-business proprietors and old neighbors in the area.6 Their self-published broadsheet WooferPost reported on daily happenings on Yau Ma Tei’s streets, announced WooferTen events, and gave space to editorial opinions from locals. Interestingly enough, when WooferTen lost its funding from the government-subsidized Hong Kong Arts Development Council (HKADC) in 2013, rallying by members and supporters managed to keep WooferTen afloat, though now under the sarcastic moniker of WooferHui (“Ruins of Revitalization”), insinuating their occupation of the space after the ruin of HKADC condemnation. But no matter if WooferTen has “lost,” its role within the resurgence of community discourse in ways that do not exist in the mainland is crucial. It has copied and been copied, influenced and continues to be an influence for its members who are now branching into other areas with the demise of WooferTen on the horizon.7 But this plethora of versions and voices is exactly part of a contemporary noise that opens up the discussion of what a more ideal politics could be. Initiatives such as artist Thickest Choi’s Lawnmap of green spaces in the city, and Guerrilla Gigs from Kwun Tong-based musicians and collective V-Artivist’s work documenting the people and spaces negatively affected by urban regeneration have all emerged from a sense of loss in the environment. And it is this collective loss, for both Hong Kong and its mainland uncle, that makes the voice of the loser one of the most important to listen to today.

1) The most obvious example of artistic hot-wiring on the precipices of sensationalism and censorship is Ai Wei Wei, who most recently sparked yet another polemic with his retaliation against the Ullens Center of Contemporary Art for withdrawing his name from the press release of a group exhibition. For further reading, see Paul Gladston’s text “The (Continuing) Story of Ai—From Tragedy to Farce”. http://www.randian-online.com/np_feature/the-continuing- story-of-ai-from-tragedy-to-farce/

3) As noted by Song Yi, managing editor of Leap magazine, during an online interview, 29 January 2014.

5) As described by author Yu Hua in his colorful recounting of the rise of the shanzhai (copycat) phenomenon in contemporary culture. Yu Hua, China in Ten Words, translated by Barr, Allan H. (New York: Pantheon Books, 2011)

6) WooferTen began in 2009 as a collective effort by ten artists, designers and critics to experiment with the possibilities of community-based art. They were granted a storefront space and funding from the Arts Development Council for four years, with activities ranging from workshops, window exhibitions and freely-distributed publications. The name in English is a Romanization from the Cantonese, which translates to “Living Room of Revitalization”. www. wooferten.blogspot.hk

7) WooferTen co-founder Luke Ching Chin-Wai has cited the space-hijacking interventions he saw from artists in the west as inspiration for some of his own work as well as one of the launch points for WooferTen’s activity. What may be regarded as simple appropriation, however, cannot be judged merely as such in the face of the specificities of cultural context and the conceptual waning of “the original” in any cultural production today. It could be theoretically argued, even, that all media is a form of appropriation, simply with varying forms of intent.

Next post Lecture by Katrín Sigurdardóttir at SFAI, San Francisco 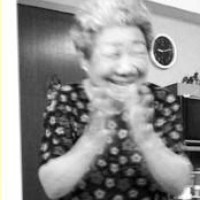 About the Author Elaine Ho

Elaine W. Ho works between the realms of time-based art, urban practice, and design, using multiple vocabularies to explore the micro-politics, subjectivities, and alter-possibilities of an intimate, networked production. She is the initiator of Beijing artist-run space HomeShop (2008–2013) and was most recently a fellow during the final semester of the Institut für Raumexperimente in Berlin.