Waiting In The Wings: James Welling’s ‘Choreograph’ at David Zwirner 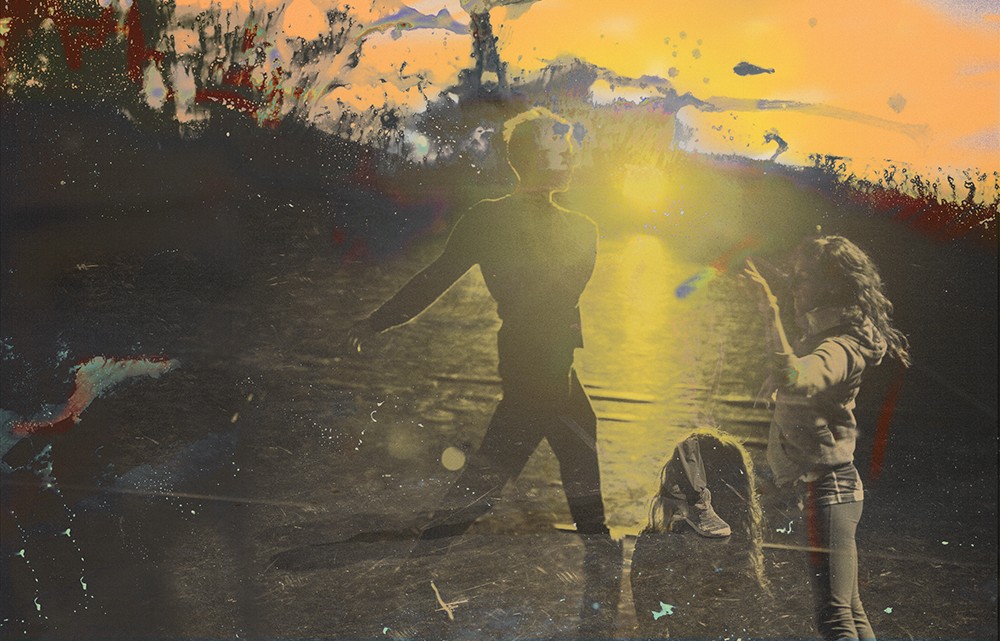 I was trained in classical ballet, tap, jazz, and musical theater from the age of four until seventeen. I can relate to the significance of the structural environment impacting a live performance. But what I also learned over those years is that when the company or the solo performer reaches that lofty, tingly buzz of harmonious action and passion, the stage, sets, lights, and even the audience simply slips away. You start to see blobs of color, your onstage colleagues rush past you becoming little more than fleshy streaks, and the music or soundtrack dampen into thuds and whistles. If all of this could be harnessed in a two-dimensional format, James Welling has achieved it. 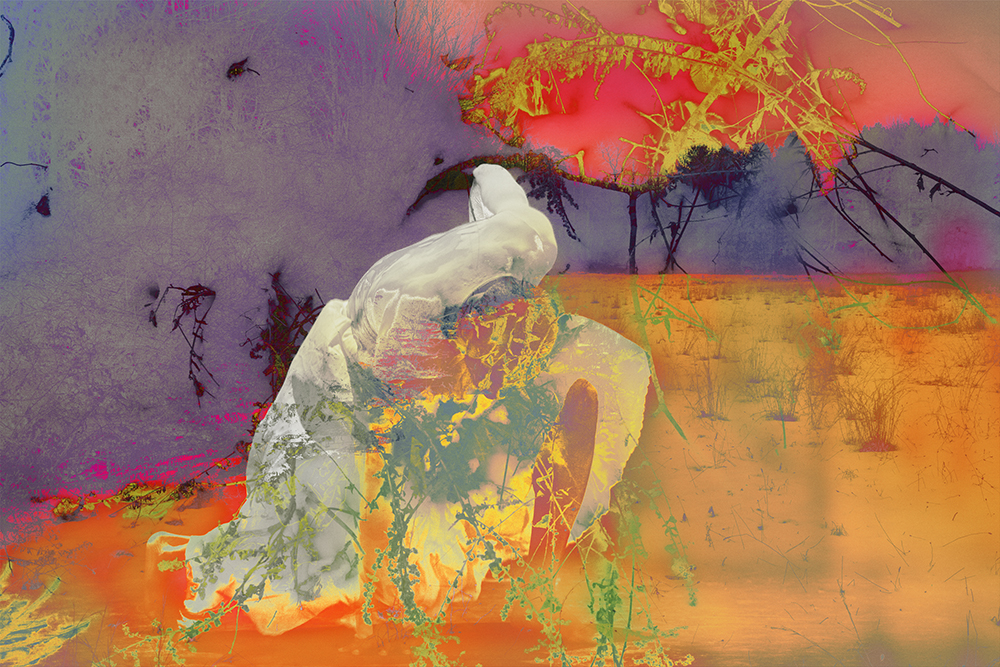 Welling’s most recent series Choreograph, at David Zwirner’s labyrinthine warehouse on West 19th Street in Chelsea, isn’t exactly triumphant or definitive for the Los Angeles-based photographer. Dynamism and simmering restlessness are not, at least, immediate qualities of Welling’s photographs. He was trained by Baldessari and is still regarded as one of Postmodernism’s prized visions of minimal photography. Between 1979 and 1982, Welling began experimenting with both positive and negative exposures of draped velvet over an upright mirror; sprinkled over the undulating surfaces were flakes of Phyllo dough. Yet, as explained by Tamie Boley in her 1982 interview with Welling, “he began to have problems with the references inherent in using velvet…it was too reminiscent of Julian Schnabel. In addition, it was a little too lush and precious, and Welling began to want a more high-contrast, graphic look to the photographs.”[1] Then came stark works of broken gelatin (1984), graphic-like arrays of tiles (1985), Polaroids of simple fabric drapes (1988), and then a major widening of his range to include pre-made antique photographs, outdoor still-life, artificial and natural light sources, and most notably color-filtered meditations on architecture, including Philip Johnson’s Glass House in Connecticut and the Maison de Verre in Paris. It would be convenient to call Welling’s work “sad” or “contemplative,” but Choreograph is a stark reminder that Welling’s subjects (whether animate or inanimate) possess an active charge; Phyllo dough recalls torn book pages or decaying skin, glass houses are vessels of simultaneous potential and nothingness, and colors perceived by the camera lens adopt anthropomorphic behaviors.

Dancers in motion (shot on location at several company rehearsals between New York and Los Angeles) are interspersed with vivid swathes of cyan, umber, citron that bleed and pool into outlines of foliage, stages, and one glass house (for good measure). Welling constructed these digital inkjet prints by taking the original black-and-white images and filtering them through Photoshop’s red, green, and blue color channels. The general impact of the images is, as with most of Welling’s signature work, not heavy or hard. They are subtle, quiet, colored negatives of the stillness of the body and the action of the world (and vice versa). At certain points, Welling accesses colors and shapes that we only see in passing and cannot describe nor duplicate. It is as if his lens succinctly translates the hazy registers of the “bokeh” effect: the shallowing of focus to produce the cheap and easy trick of “Impressionism via machine.” Welling is far too elevated in technique and interest to actually apply this effect. Instead, he sharpens all visible edges within the field of view and constructs the final image with a firm understanding of how each body (living or dead) will offset the other. 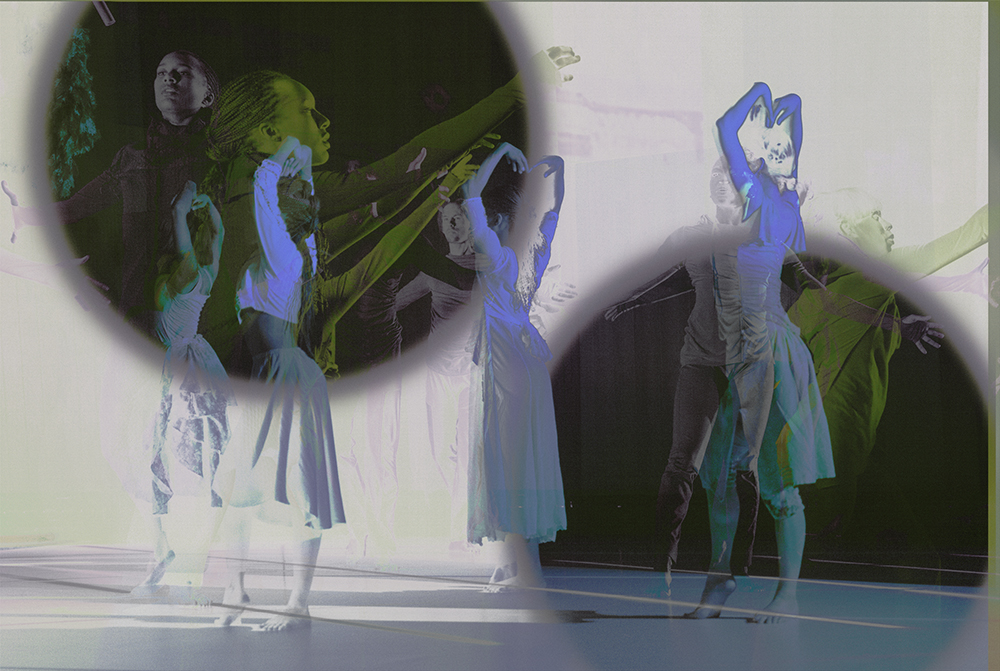 The exhibition’s title, Choreograph, is translated from the Greek “choreia” (circular dance) and “graph” (writing), which could literally mean a written form of dance. Just as photography is the scripting of light, Welling’s script becomes multi-dimensional with the inclusion of dance. His images seem to point towards the anticipation of a grandiose dance about to begin, on the verge of full realization, but proverbially “stays in the wings”. This isn’t an immediately satisfying thing for the viewer to experience, but getting lost in the unreal washes of color and how effortlessly they interact with forms and lines is where the primary pleasures of Welling’s work are found, anyhow.

Next post On The Waters Of History: The 14th Istanbul Biennial