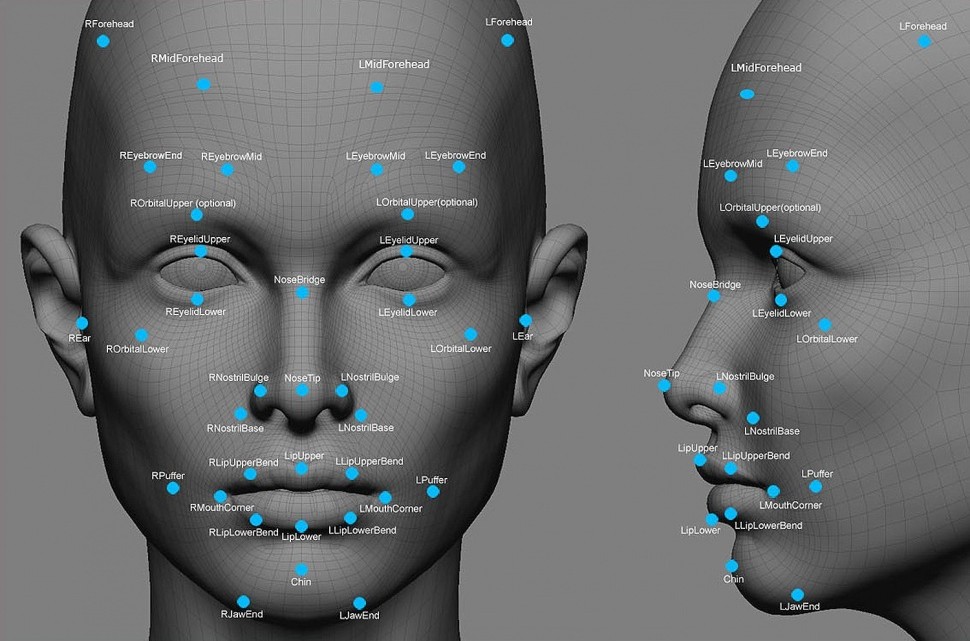 Living in Cambodia, I am sometimes offered brides. I go to eat dinner at a food stand and the owner suggests I meet her daughter, a thinly masked invitation to marry. My white skin is evidence enough for me to be seen as a promise to bring their family out of poverty. The idea of it is appallingly sad, but as people living in one of the poorest and most corrupt countries in Southeast Asia, they aren’t necessarily wrong.

Our lives are surrounded by data and data gathering that, when discussed at all, is marketed as being in service to us, but isn’t. The data we constantly produce is mostly hidden from us, and we don’t think about the consequences until it’s pulled out of the sea of big data and suddenly leveraged against us. Aside from marketing, which affects us all to varying degrees, data use is always political.

The terrifying power of data emerges when it is leveraged and made actionable. This is only possible for those transnational corporations and governments that collect it en masse and have the legal or monetary power behind that collection. The act of leveraging personal data defines us in a mechanistic and dehumanizing manner. Even if accurate, it is never the whole story. The potential for that data to be actionable—to rule over us—is growing, as there is ever more collected and a continued increase of more systems built on that collection. What is being collected and who can see this data is important, but understanding who can use that data is the real question of power in a networked world. These are questions of how power is spread and solidified.

There are 680,000 people on the FBI Terrorist Watchlist; according to declassified reports, 40% of this population has no recognized terrorist affiliation. The Intercept reports, “That category—280,000 people—dwarfs the number of watchlisted people suspected of ties to Al-Qaeda, Hamas, and Hezbollah combined.”2 Kyle Chayka reports in Newsweek that there are over 46 million faces compiled in FBI databases.3 These people are not necessarily terrorists. The US kills based solely on metadata.4

This network of extraction is by no means new. Colonial powers invaded lands to build roads to establish trade routes to extract natural resources or slaves in service to their kings. This physical imposition of state power was meant to improve the invader’s country, and to build up military might in order to continue expanding, or to aid in protecting their nation. As these networks of extraction were reconstituted into ever more granular iterations, especially now in digital networks, a new type of extraction became possible: that of raw data. This was market power, and it only needed you to be connected to impose itself. As the world became increasingly connected, physical barriers grew less relevant to the marketplace, and borders opened to greater cash and data flows. Meanwhile those very borders have become more militarized to refugees and immigrants.

This gave birth to what I’ll call the “neoliberal gaze.” This is a similar imposition of power to the colonial powers before it—a transnational means of looking that is invasive, self-serving, reductive, and restructures that which it sees to be more inline with the looker’s own understanding of the world—but only a few superpowers, together with many transnational corporations, were big enough to benefit from the neoliberal model. As security expert Bruce Schneier points out, despite the power the network brought to amplify citizen voices, governments and corporations had a lot more power to amplify.5

The neoliberal gaze possesses all the qualities of the mechanic gaze, but at the behest of transnational power. The mechanic gaze is a reductive programmed logic that cannot help but impose. It is a binary gaze in a complex world. The neoliberal gaze attaches that viewing to power, and acts on what is found in the pursuit of capital, or the preservation of power, which is increasingly synonymous.

Just as the French built roads in Southeast Asia to extract rubber and marketed this conquest to the locals as job creation and better interior transit, the neoliberal gaze fundamentally favors the wealthy who own the networks. That residents of then French Indochina got roads was an accidental side effect in the process of wealth extraction to the much larger benefit of France’s economy and international power. Now, too, we welcome the opportunity to be surveilled through our phones and computers—our instruments of connection—at the benefit of transnational corporations. The blood is less, but the power dynamic remains.

Hannes Grassegger, author of I am Capital, calls us digital serfs, writing, “We are about to enter a world that is half digital and half physical, and without properly noticing, we’ve become half bits and half atoms. These bits are now an integral part of our identity, and we don’t own them.” We don’t own that data, and those who do (and those who have unfettered access to that data) have their own goals.

The threat that constant and mass surveillance holds against journalism and activism—any forms of dissent—is an existential threat to our freedom. It is proposed that through enough surveillance those in political power can prevent anything. This is the expressed goal of the NSA in a post 9/11 world. Whether they stop events for the greater good or for the preservation of their own power is the question: a question we will be left guessing about over the rise and fall of many political parties all over the world. As dictatorships around the world have been found to be employing these tools, the idea that these tools are only used by advertisers wanting our money is outdated and violently ignorant.

The realities—both physical and intangible—of the neoliberal gaze reflect its desire to be ubiquitous, hidden, and unaccountable. Nielsen ratings, the measurements for radio and television audience habits, were achieved through a physical box on top of a pre-digital television where the viewers were expected to record who was watching the TV while it automatically recorded what was being watched. The famous system also included long interviews with the family and TV diaries. Though the box has become invisible to the average viewer, data collection capabilities have become exponentially more precise while moving into our phones, computers, thermostats, cars, and more.

The problem with the Nielsen meters was that they weren’t granular enough and were too reliant on the viewer’s active and accurate participation. US media and entertainment was a $479.23 billion industry in 2012,6 and nobody could really tell if you were watching their shows, what you did during commercials, who else was in the room, and so on. Now, online advertisers know where on the page you stop reading, when you change tabs, if you shared, what link brought you to their site, and so on.

The neoliberal gaze quickly moved from a desktop family computer to a personal cellphone with a password (even biometric passwords) making this data more specific to each user. Whether they know or desire this or not, this process is now seeking to connect the over six-billion people on the planet with cellphones to just a few companies and governments.7 Facebook—with more active users than any one country has citizens—is collecting real-name data, images, relationship information, private messages, our faces, and more. While this is an advertiser’s dream, it’s also the NSA’s. But what did we get in the exchange? More accurately targeted ads and compelling clickbait headlines?

Perhaps the most alarming aspect of this obfuscation of surveillance is not the use of surveillance as information gathering for physical force, but surveillance as a process that fundamentally corrupts that which it surveils. The neoliberal gaze is an invasive scouring of the world for capital while recreating the world in line with the politics of its maker—transnational businesses and political superpowers. The process of looking, gathering, and interpreting data holds as much agency in the shaping of meaning as the data itself. Data does not have objective meaning. Scientists understand this, but when data is collected and leveraged for companies, the goal is not to be accurate—it is to make money.

The monocrop is a perfect metaphor for the neoliberal gaze as a means of understanding a complex ecosystem purely in service to profit. The hopelessly reductive nature of this gaze—its shortsightedness—is baffling until you consider the market value that gaze creates for a few. This is a kind of viewing that, by being myopic and self-serving, extracts and destroys at the benefit of its maker. This is why Naomi Klein identifies neoliberal capitalism as the fundamental barrier to stopping climate change in her new book This Changes Everything. 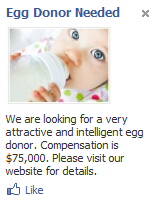 Now, consider the metaphor of the monocrop in a digital space like Tumblr. By distancing itself from Facebook’s goal of legal-name identities, or “accurate” data, Tumblr has become known as an online refuge where radical or alternative communities can find shelter and be nourished. However, the space remains subject to the realities of the marketplace; it is not outside of the neoliberal gaze. When Tumblr announced the implementation of advanced image-recognition software to identify brand loyalties in user posts, perhaps this information wasn’t as marketable as Facebook’s, yet the effects remain similar. “Are you a radical, queer woman of color? You need to buy ______!” The implementation of this image-recognition software could be construed as a corrosive co-optation of a safe space if it hadn’t always been a privatized space, and a system to produce capital.

The next step of the neoliberal gaze is to take the surveillance capabilities of the online world into offline space. We have long seen this at borders and in militarized spaces, but we are now seeing the beginnings of this in the home with Samsung’s SmartTV,8 Google’s Chrome,9 Amazon’s Echo,10 and Google’s Project Tango.11 These either seek to bring the surveillance and data gathering we’ve grown accustomed to with casual browsing online into the physical world, or at least make them visible. As we’ve seen in recent outcries against Samsung and Google for constant recording of audio, the privacy implications are astounding; the financial potential is bigger still.

This is the future of the Internet of the Things (IoT), or maybe the Neoliberal Net, where every thing remains in service to its seller or maker, even after purchase. The IoT already exists in small instances and is very revealing in its application. A chaotically stored Amazon warehouse is an IoT, and it orchestrates objects, robots, and employees in a highly productive dance, literally illegible to humans in its complexity. The employees are tracked through space just as your browsing habits are online, and then hired, promoted, or fired accordingly. There are already construction companies using drones to monitor large construction projects and automatically identify areas of delay.12

As the neoliberal gaze gets increasingly more accurate, the intentions behind it must dramatically change for it to ever benefit the majority. As Naomi Klein expounds, the current logic spells ecological doom for our planet, and therefore society. The more accurate the gaze, the more invasive it must be. The mass surveillance of this gaze is incompatible with the freedoms we hold dear. The question the neoliberal gaze now presents us with is: if we continue this way, how much of the world can we recreate in its image before it collapses? Singularity believers are taking a risky gamble as they proselytize fit-bits and brain freezing at the benefit of a wealthy few.