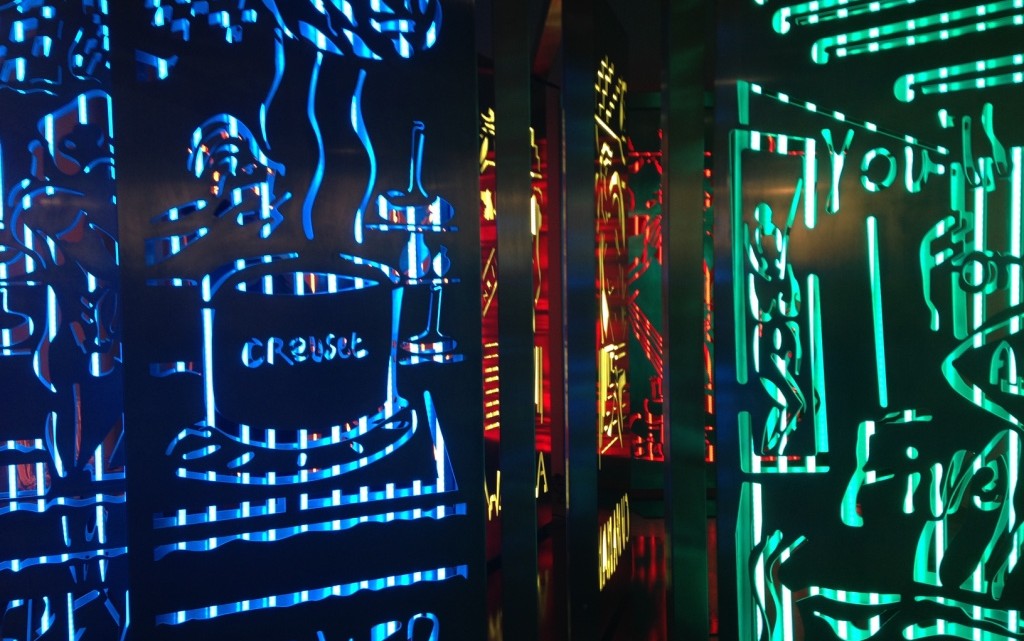 My, how color has returned! Dealers and artists certainly did not shy away from bold, outrageous hues and complex installations replete with neon lights, razor wires, woven carpets, and even a pair of warring blue polar bears (one can always count on Paola Pivi’s resplendent sense of humor). Sizes and scales were variant: from a mammoth Robert Longo palm tree charcoal to a pair of small, intimate oils from emerging talent Sam McKinniss, back up to a leviathan Pier Paolo Calzolari, and back down again to a tiny photograph of pin-up goddess and photographer Bunny Yeager. No medium was left unexplored, with everything from mylar potato bags to taxidermic hares to halved Romanian coins stacked floor-to-ceiling. Mercifully, the “broken record” syndrome of having artists (even with similar or the same works) reappearing at different booths was minimal this year, with Korean monochrome master Lee Ufan being one of the more recognizable repetitions (I counted four different instances) as well as David Shrigley with two appearances close by with Stephen Friedman Gallery (London) and Galleri Nicolai Wallner (Copenhagen). 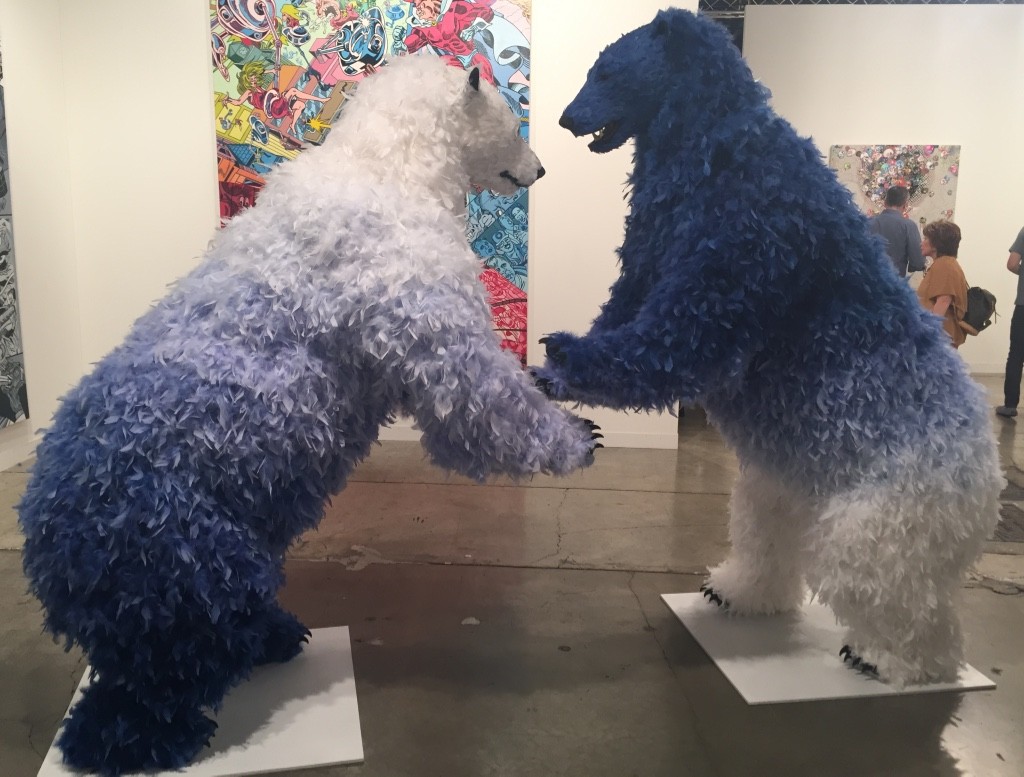 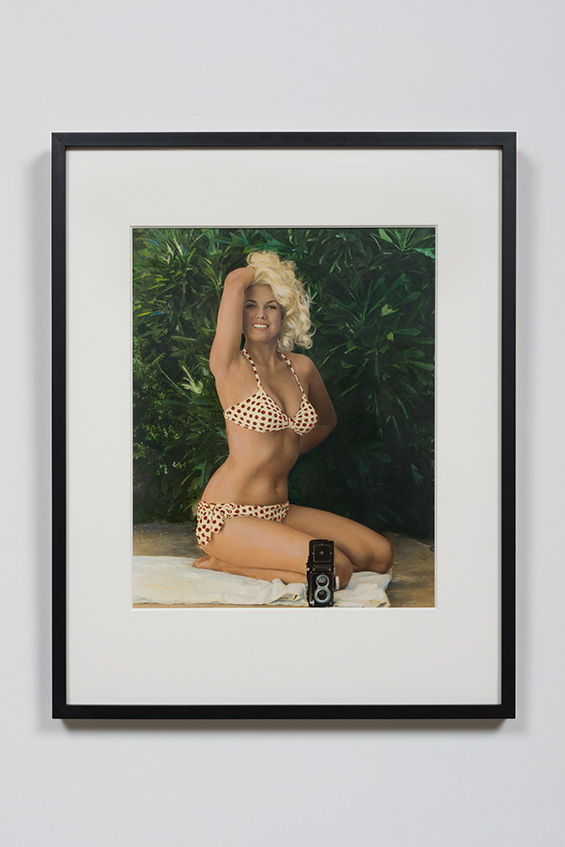 The general atmosphere felt more tense and less celebratory than in years past, with the collective volume level relatively low and dealers already experiencing “fair fatigue” even within the first hour of the opening. It was nearly reminiscent of the low, long murmur heard throughout a typical edition of Art Basel (Switzerland), but spotted with a few more fake tits, fake jewels, and fake tans. Perhaps a shift towards more academic, more rigorous dialogue amongst patrons and gallerists is owed to the level of care taken on by newly-appointed director Noah Horowitz (formerly director of The Armory Show). Still, let there be no mistake, Miami is still New York’s excuse to party, Europe’s reason to wear flip flops, and Leo DiCaprio’s ongoing obsession with Ivy caps and pairing Keds with socks.

Art Basel Miami Beach opened by invitation only (First Choice Preview) at 11am on December 2nd, opened to the public on December 3rd and runs till December 6th. 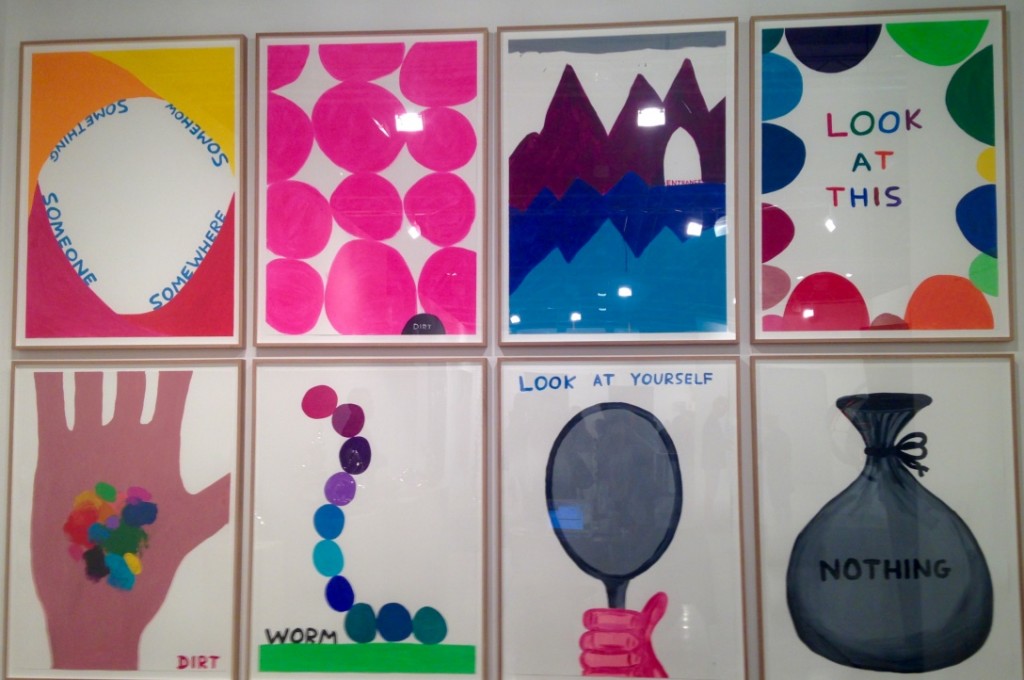 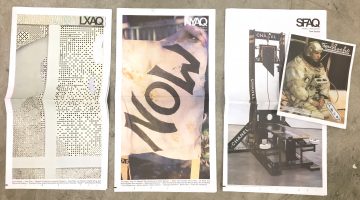 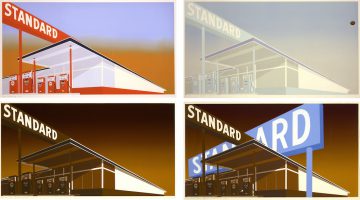