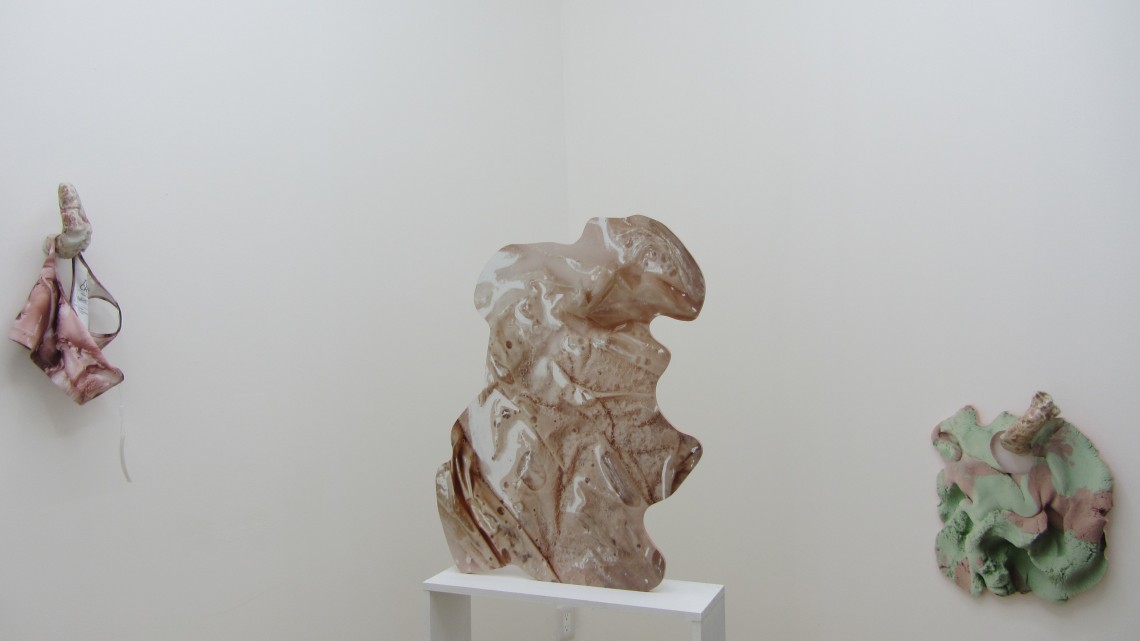 The art market in Mexico has long been a one-gun town on the art-fair front. That is, until three years ago when the Material Art Fair opened its doors and shook things up.

Each year since its inception, Material has seen pretty radical format and venue changes, but at their core they maintain a dedication to emerging practices with the ambition of attracting fresh new talent and vision to Mexico City. On that front, they are an undisputed success, attracting the young, fabulous, and broke, whose collective hustle builds a palpable and dynamic energy. Art Fag City even went so far as to call it the most important art event of the year for artists.

“For artists” is the key. 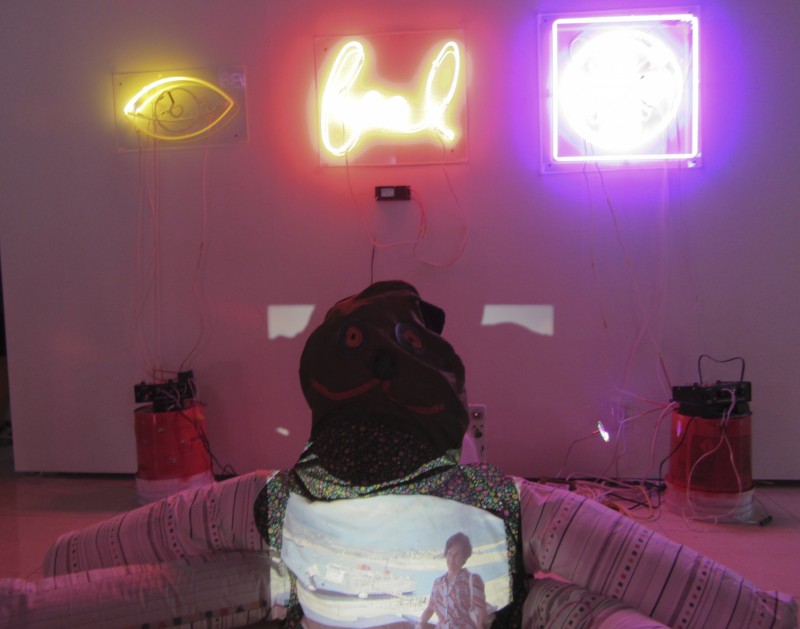 Material bills itself as having its thumb squarely on the youth pulse. From their online PR to the party scene, they cultivate a spirit of scrappy can-do-ism. This year the fair is on the sixth floor of Expo Reforma, a ‘60s building that seems caught between decay and half-hearted attempts at modernization in a somewhat overlooked corner of the city center. When, on the way up, the elevator doors spontaneously open onto an empty floor with views of the city’s skyline, there is a dystopian sense of a megopolis on the brink of chaotic collapse. That sense quickly proves to be prophetic.

The fair’s layout is probably this year’s most defining characteristic. A cramped, maze-like floor plan with a low ceiling immediately has you asking ‘where’s the cheese?’ It’s loud and sweaty. There’s not a lot of oxygen, and music pulses from everywhere. Gallery areas rather than booths per-se are mashed up into narrow corridors that open up, at first, to Beverly’s Art Bar, then to a Vans-sponsored booth, and then to online art auctioneers ArtSpace.

The beats and the flow keep you moving and circulating, which is great as an exercise in democratic art viewing, but probably less so if you happen to be a dealer who is trying to sell something. Fortunately, Material’s emerging artist price point is generally accessible enough that it is conceivable to scoop something up, even as you are swept along the stream. By offering the feeling of a fair for people under 30, or for those who want to be, there is no arguing with the freshness that the fair brings. 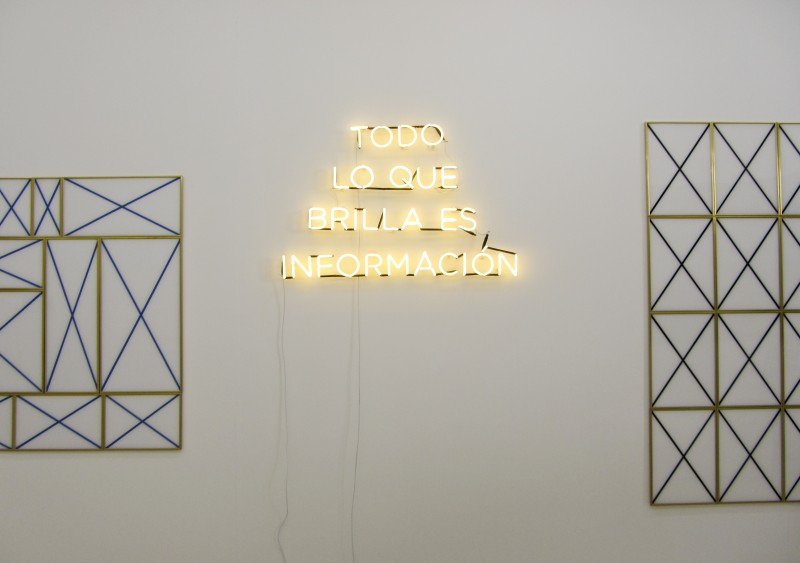 Material’s strength is that they capture the movement and the excitement that is drawing people to Mexico right now: a sense of possibility and room for creativity that artists need to produce. It’s a fair at which artists feel welcome to mix and mingle without constantly being reminded of that famous John Baldessari quote about walking in on one’s parents.

There was plenty of post-internet work, and lots of “bad” painting, little of which managed to command attention in such a chaotic space; rather, it only contributed to the din. But the fair did it have its moments. Among the standouts were Azikiwe Mohammed’s neon and inflatable doll with family photo slides projected on its belly (an installation at Beverly’s Art Bar); a series of Francis Bacon inspired body-morphed prints by Asger Carlson at Sade Gallery; Rachel de Joode’s disgusting-in-a-good-way photograph and clay sculptures at Kansas; Andrés Bonilla’s hyper-realistic studio paintings at Sketch; Brian Kokoska’s paintings with Paralello; and Dardan Zhegrova’s stuffed creature that played gay love poems when you nestled into it at LAMDALAMDALAMDA.

A handful of booths fell victim to the format that felt unfair. Lodos, for example, presented strong pieces so shoehorned into its space I couldn’t help but wonder who had made the math error.

As the art riot raged on, joségarcía, David Petersen Gallery, Lulu, and Carne seemed to offer the fair moments of anchoring maturity through tightly edited selections that allowed space to see the work amidst the cramped chaos.

While Zona Maco brings the commercial gravitas to the Mexican art fair scene, Material brings the fun and the funk. Although the flair of Material generally gets in the way of the fair, both spirits are needed and important. After all, a wrecking ball without momentum is just a plumbline.

Next post All that Glitters at the Track: Sadie Barnette’s Superfecta