Anglim Gilbert Gallery presents simultaneous exhibitions by Paul Kos and Tom Marioni, both key figures in the Bay Area conceptual art movement. In Symmetry, Paul Kos presents two large sculptural works, as well as current and early works in video, photography, and drawing. A new sculptural work, Donner Pass (After Bierstadt, for David Kos), simulates the experience of viewing nature from manmade shelter, employing references to European painterly tradition and the landscapes of the Rocky Mountain School. Kinetic Ice Flow, first created in 1969, consists of a 12 foot tall wooden structure that narrows toward the bottom; a block of ice is placed at the top, which is drawn slowly downwards along the form by gravity and heat. A number of other sculptural works by Kos are also on view. 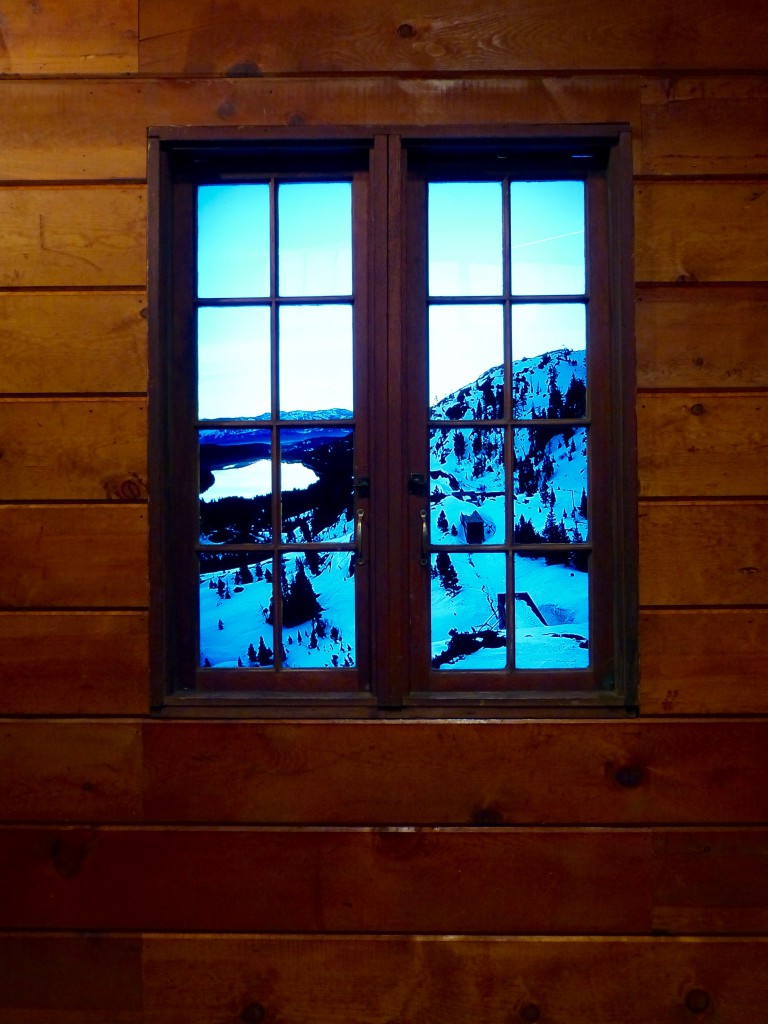 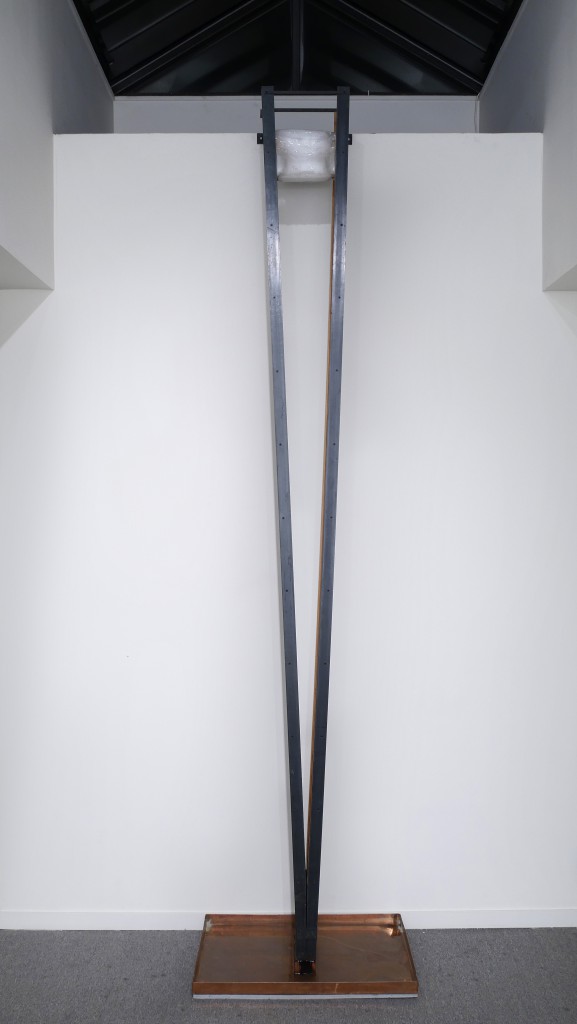 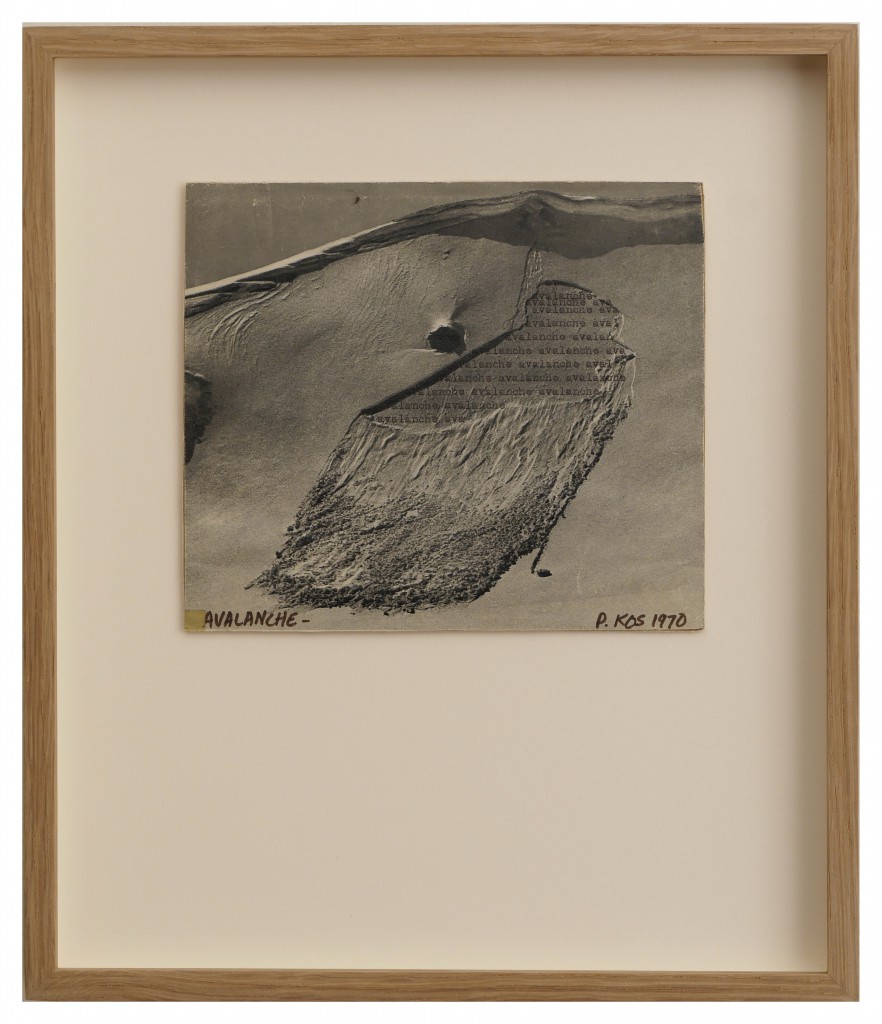 
In Birds in Flight, Tom Marioni presents a range of his Drum Brush Drawings, a series which the artist began in 1972, making marks on sandpaper with metal drum brushes and producing drawings as a record of sound and performance. More recently, Marioni has repeated this process with graphite attached to bamboo, working on a plaster surface. Marioni also presents Birds in Flight, a work that requires a facilitator (gallerist, curator, etc.) to construct the work according to the following written instructions:

Enclosed is a packet of multicolored construction paper.
To install the sculpture, sit in a chair about ten feet from a wall.
Take one sheet at a time and crumple each one, as if you were in a hurry and throwing it into a
wastepaper basket.
Throw each piece at the wall, trying to keep the pieces generally in a confined area.
The result should be multicolored birds at the moment of flight after being frightened by the
stamping of feet. 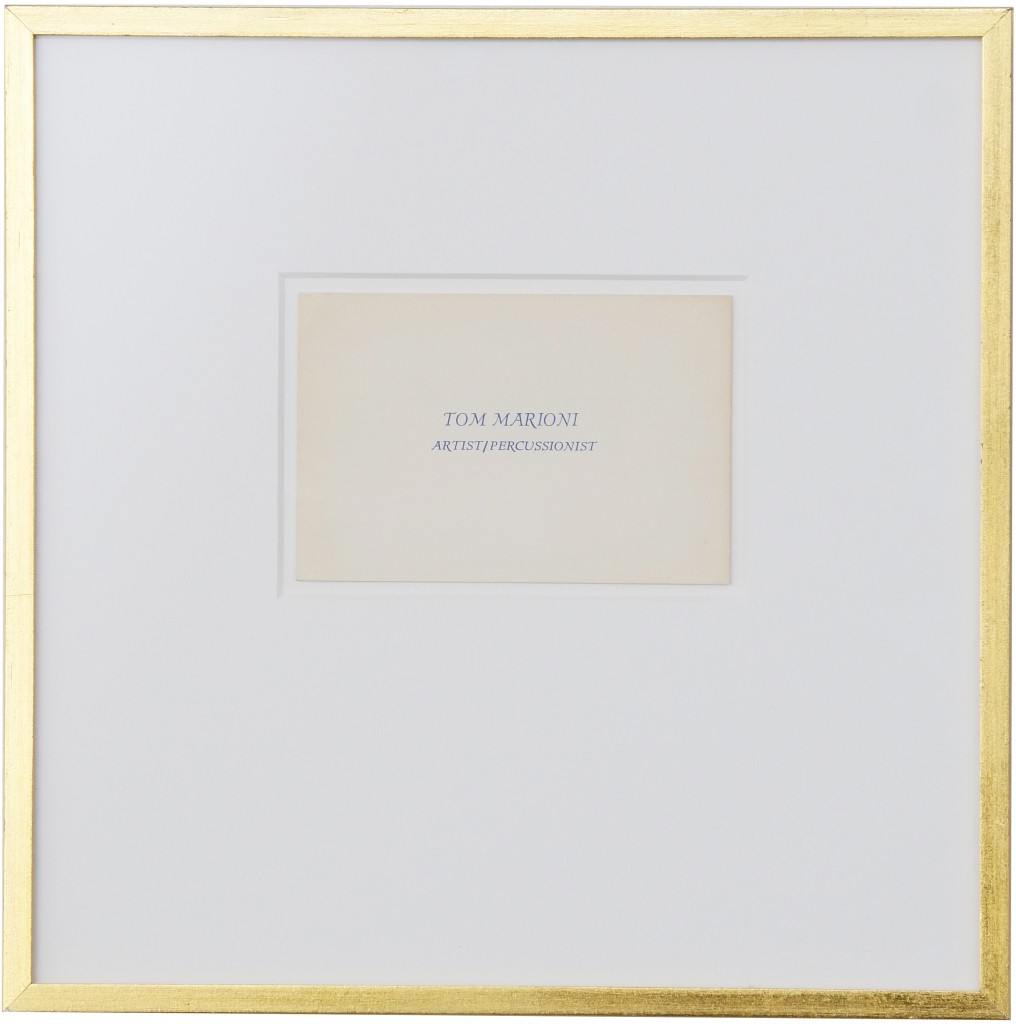 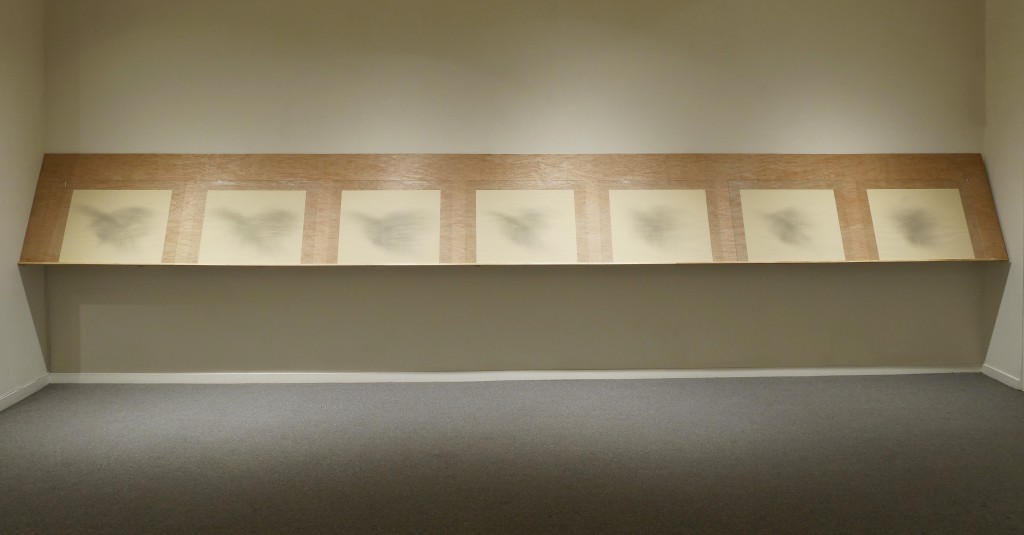 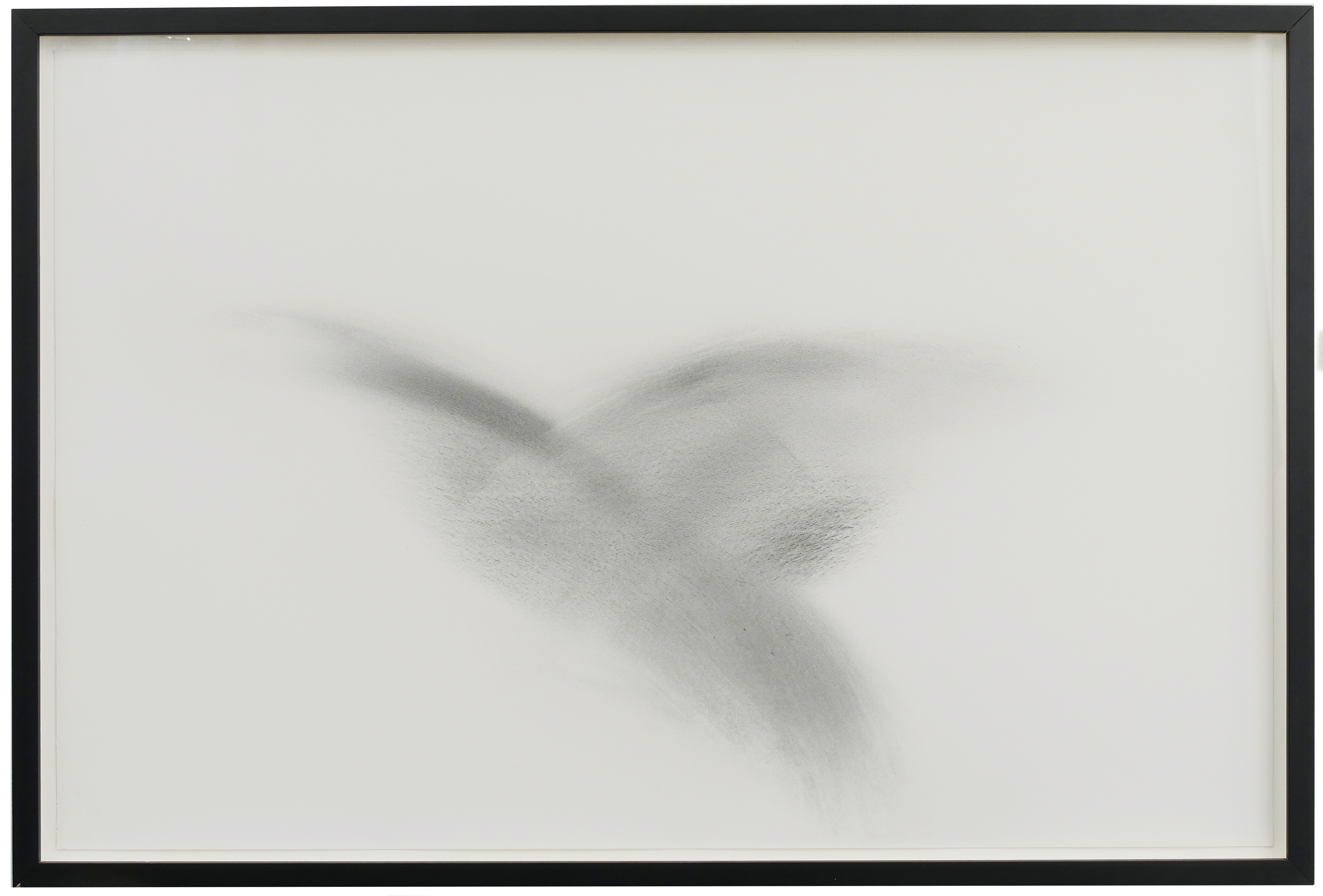