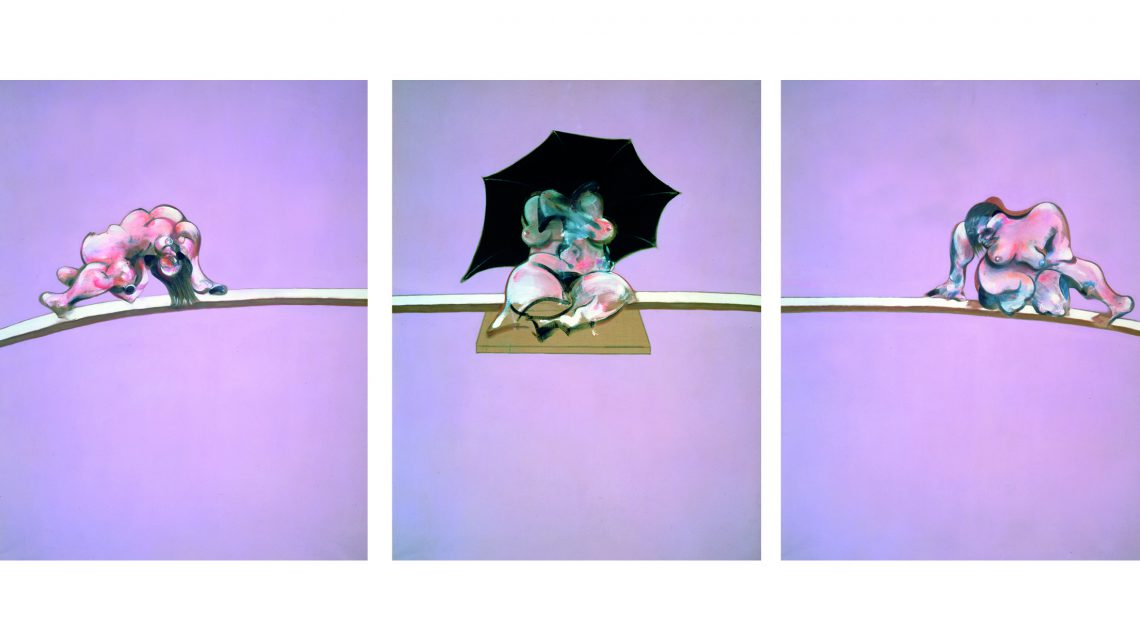 The Grimaldi Forum in Monaco feels more like a corporate conference centre than anything else. Steel beams, glass ceilings, security guards at every opening with an LED board of forthcoming business conventions and meetings. Once inside the darkened entrance to Francis Bacon: Monaco and French Culture, the setting is something else, entirely.

Darkened walls with overhead lighting, ample space between work after breathtaking work, and even a set of stairs leading up to the false wall holding Studies of the Human Body (1970) all lend a cathedral-like atmosphere. The Holy Trinity of media with paintings, sculptures, and photographs surrounding the artist’s life add to the sensation of awe. I did have a tinge of dislike for the overly worshipful setup, something that Boris Groys had once commented as the single source of devaluation for both curator and artist. But the works themselves, coupled with helpful, original source material from Tolouse-Lautrec, Soutine, Picasso, and Guillaume commanded such focused contemplation that it would seem wrong not to compare the experience with that of some religious awakening. 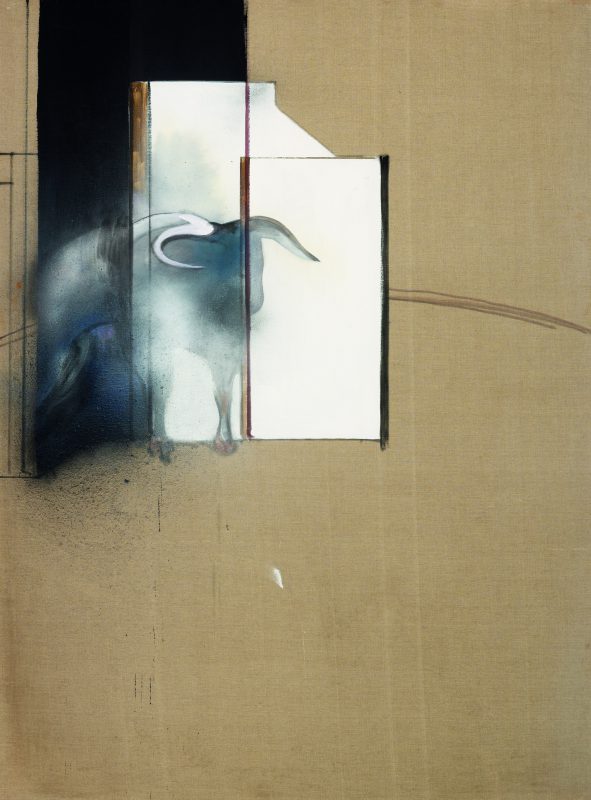 The number of works assembled for this exhibition is staggering: over 60 works dating from his first-documented Watercolour (1929) to his last, never-before exhibited work Study for a Bull (1991). Collections ranging from Tate Modern to the Van Abbemuseum (Eindhoven), to the Francis Bacon MB Art Foundation and those never seen by the public all contributed to this massive arrangement. So unusual was this gathering of masterworks that HSH Prince Albert II inaugurated the opening on July 2nd, coinciding with the creation of the Francis Bacon MB Foundation (based in Monaco) to support original research, emerging artists, and special seminars connected to Bacon himself. 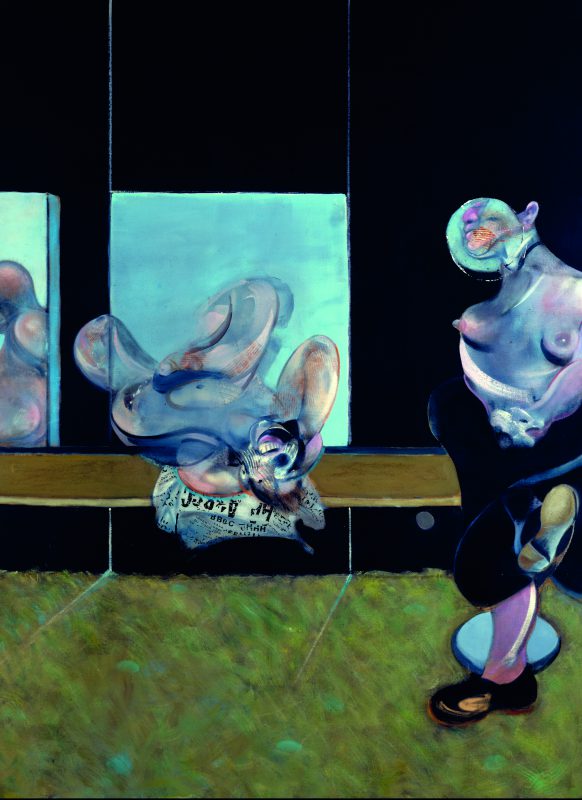 The exhibition doesn’t seem to immediately suggest a link to France or Monaco just by observing Bacon’s works; granted that Bacon rarely, if ever, hinted at any discernible environments in his works except boxes and cages. Only the wall texts detail his residence in the principality for four years (1946 to 1950-51), but where the paintings and texts coincide is perceivable in his movement from abstracts to figurative forms. After completing his first “Pope” painting (inspired by Velásquez’s Pope Innocent X, also present in the exhibition) in Monaco, Bacon focused almost exclusively on the human form and initiating his nightmarish permutations. The two loves of his adult life, Peter Lacy and George Dyer, are given much greater context within Bacon’s circle as men dwarfed, intellectually and emotionally. Their deaths (nine years apart) occurring just before Bacon’s showings at Tate and the Grand Palais, respectively, are catalogued as being instrumental to the permanent change in his countenance: the one we’re familiar with as inwardly knotted by melancholy, outwardly reflected in agonised, deformed pillars of flesh.

It would be fair to assess this retrospective as comprehensive and exhaustive; for those who might never have seen a Bacon painting, this entire project could form the basis of Bacon 101. Chronologically oriented, garnished with candid snaps of Bacon and his entourage, Francis Bacon: Monaco and French Culture feels like a solemn initiation into the artist’s dark world. While it doesn’t communicate anything visually unexpected, nor does it take any massive curatorial risks (probably a wise choice by Martin Harrison, Bacon’s friend and art historian), it is a compelling narrative of the man behind the artist.

Francis Bacon: Monaco and French Culture opened at the Grimaldi Forum, Monaco on 2 July and runs through 4 September. It will move to the Guggenheim Bilbao from 30 September to January 2017, where the subject will shift to Bacon’s relationship with Spain. 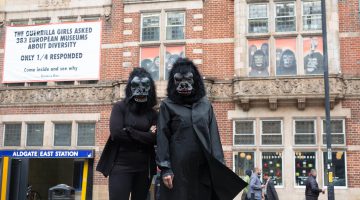 Is it even worse in Europe?, the Guerrilla Girls at Whit

Bowls, Balls and a Hole through the Soul: Mika Rottenber 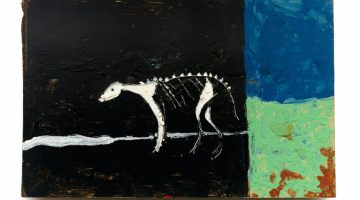