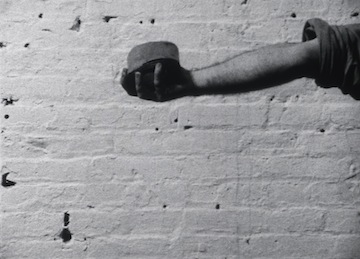 Clammy hands seize the edge of the seat as fingers graze elusive lead but fail to catch. A head bows in disappointment or shame, a cheek turns mercilessly away. Given little we can do much, or so claims Melodrama, Act 2, eliciting bare suggestions of an uncharted narrative through the coincidences and contrasts of the four works that inhabit this sparsely-appointed space.

The dim, theatrically-lit parlor is animated by the compulsive flicker of a hand bursting open only to shyly flourish closed in the coy dance of an anemone. Richard Serra’s Hand Catching Lead (1968), pulses out a seemingly ceaseless rhythm, surging closed around the flying block only to open again, releasing it in a single decisive motion. Now for a scene change: tech carries out a chair, hands gripping the prop by its upper edge only to…never let go. In Urs Fischer’s Foxtrot (2015) corpulent paws frame the rusty-orange chair-back like apostrophes, digits leading thickly up to severed wrists. Angled gently upwards, resting almost lightly upon the upper edge of the chair, we can almost imagine that these hands emerge from invisible shirtsleeves, swelling to the solid forearm visible in Serra’s video. But this they do not, seeping up along the amputated edge, cratered by the traces of bubbles formed when the liquid silicone was cast into human form. Foxtrot plays slapstick to Serra’s cropped limb, catching in full and in stillness a disembodied hand not unlike the one that struggles so emphatically on the monochrome screen. The consonance of these works is writ in the simple parallel of these amputated fists, seeming to catch the same sundered character in both action and suspension. 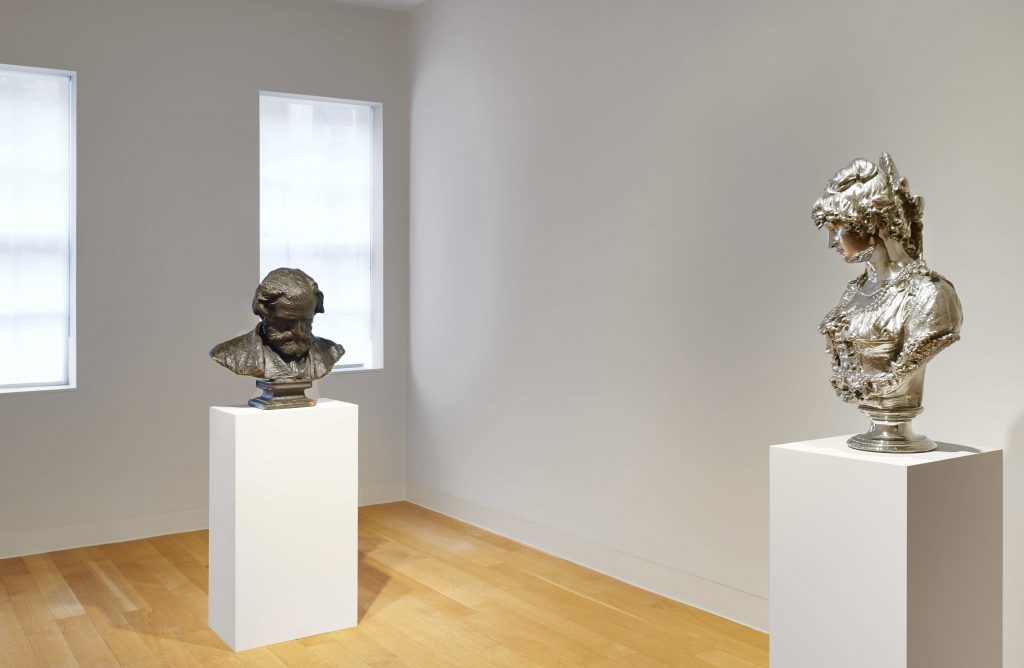 Walking into the front foyer, the viewer finds herself caught as witness and judge in a charged face-off. Flanked by the shuttered glare of summer sun through two street-facing windows, Vincenzo Gemito’s Portrait of Giuseppe Verdi (1873) lowers his head with the downcast eyes of a man in chains. To the right, Jeff Koons’s Italian Woman (1986) seems to soar over the lowered visage of Gemito’s mournful figure. The steely Woman gazes imperiously on, head righteously tossed, sending the daggered stare of an avenging angel upon uncertain and imperfect man. The material irony of her condemning glance: all lustrous steel and Rococo embellishment, this Pop appropriation of neo-classical sculpture disowns an original exemplar of her own style with the vehemence of an indignant child confronting an indifferent parent. In confrontations of materiality, Koons and Fischer play a Jasper Johns one-upmanship to Gemito and Serra, following an object or style through transformations of media and form.[1] 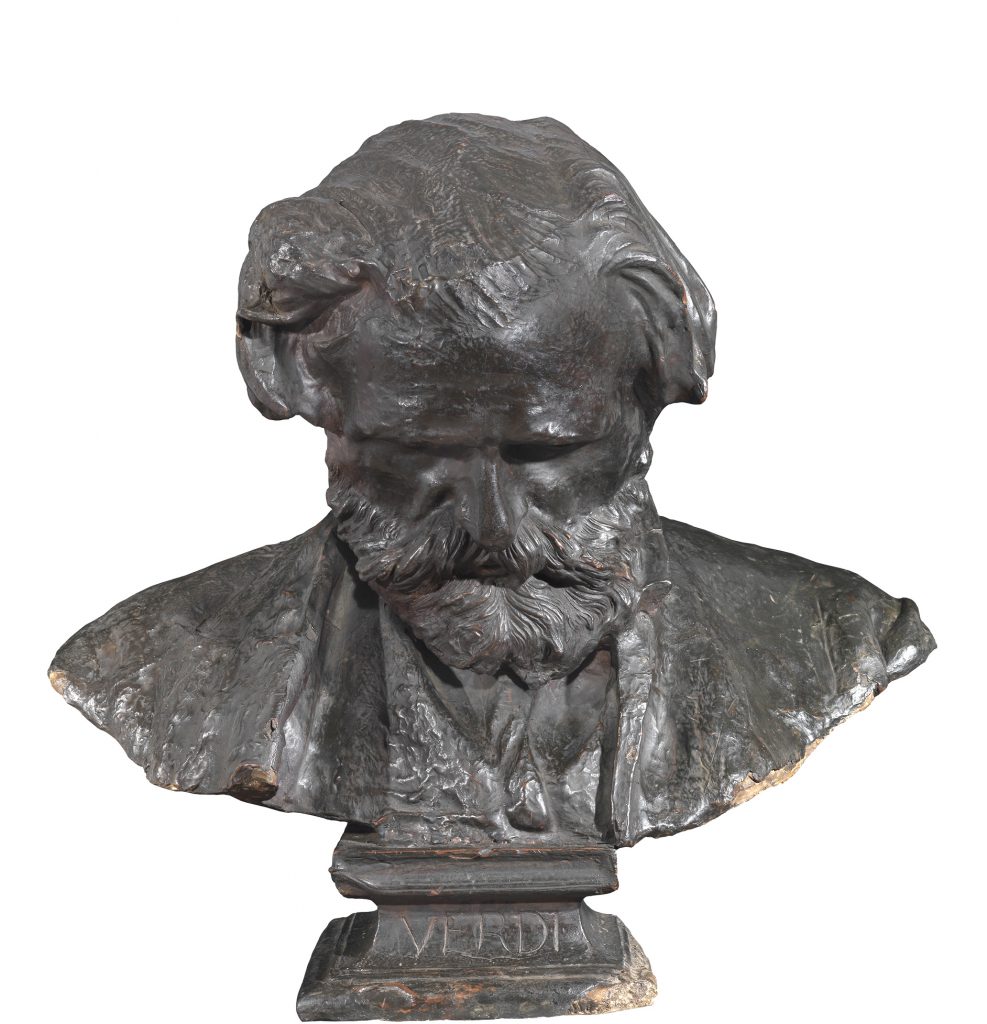 Vincenzo Gemito,Portrait of Guiseppe Verdi, 1873. Bust made of beeswax, red wax and pigmented  wax with a bronze appearance on a plaster core, 22 ⅘ x 24 ⅕ x 12 in. Private Collection.

Unintended conflicts made pointed by opposition, these pairings offer parallels that, while spectacular, are to some extent, superficial. In a resolute turn towards subject, the gallery plays these four works as paper dolls, meaningful not in context or intent but wholly in subject. However, with a checklist graced by the stars of Jeff Koons, Richard Serra, Urs Fischer, and Vincenzo Gemito, this blue-chip constellation hardly needs the justification of a bare-bones dialogue. Perhaps that is precisely the idea. When you already walk amongst the giants, sometimes less is more. The exhibition, like Serra’s Hand Catching Lead, is largely “‘one thing after another’…like days simply following each other without anything having given them a form or a direction.”[2] Although Melodrama, Act 2 presents these works in quaint dioramas, scenes frozen in suspended animation, there is little interrelation between scenes and no real drama beyond the joke of hand and hand, bust and bust. Predicated not upon the propositions latent in these works, but on the explicit content of forms, this exhibition comes as little but a hollow fanfare preceding the names of well-worn celebrities. Cute, but no cigar.

Previous post live from the capitol records b.– i am not a human i am a disgusting piece of shit, Parker Ito at Château Shatto, Los Angeles 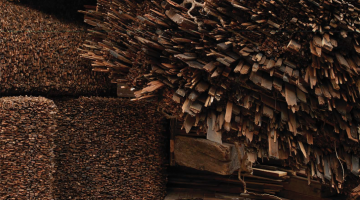