Theaster Gates: How to Build a House Museum 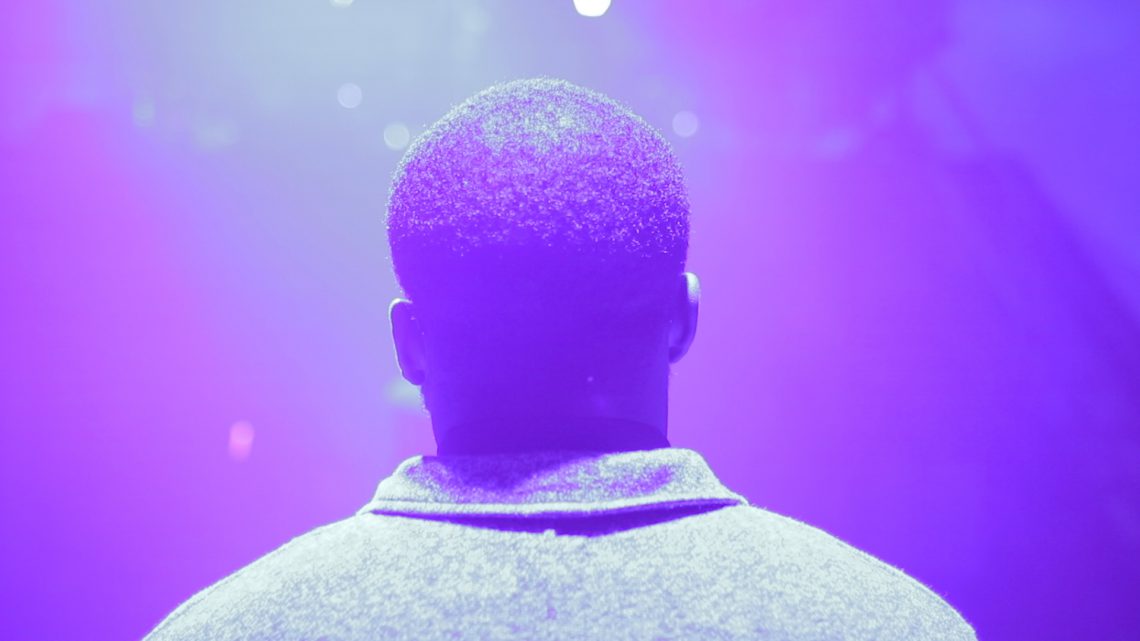 Though gaudy, the shimmering gold curtain that faces visitors to Theaster Gates’s How to Build a House Museum is a near-perfect introduction to the show. Curtains are suggestive of theater, foreshadowing a big reveal or an experience free from societal constraints. This curtain hangs from the rafters of the fifth-floor gallery, the crown of the institution, and conceals the gallery wall by foregrounding its own secondary surface. Best of all, it is not explicitly treated as a work in itself. 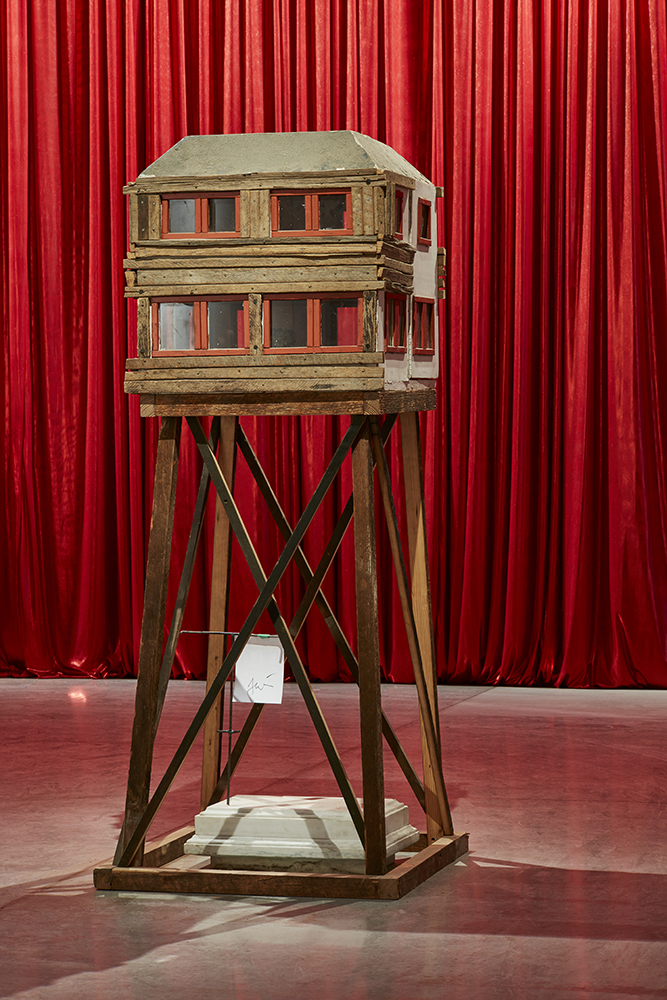 Now that the visitor has noticed that they are indeed inside a gallery, the fact that it is segmented by a series of walls and smaller structures should be of no surprise. Rather, the visitor should be acutely aware that some traditional divisions have been removed—such as the wall behind a vitrine that once concealed the storage room beyond—and those divisions that do exist do not function traditionally. Even sound travels differently through the body as it walks through this series of spaces.

Attention to structures is crucial, for this show considers that of the House Museum. Gates has built several structures and spaces within the AGO that are museums in themselves, “dedicated to the potential of Black creativity and freedom.” After first obscuring one type of infrastructure, Gates begins building another. Appropriately, the show opens with one house dedicated to house (music). Stacks of speakers and recording equipment line the far wall of the wood-paneled building, and a plaque blocks the entryway. Frankie Knuckles is the evoked icon, and his music is the first sonic experience through which one walks; because the actual Shrine is much smaller than its encompassing gallery, one naturally encircles it.

Surrounding this monument, hanging on the walls of the gallery, are paintings of colorful forms on white grounds. The violence of these abstractions is revealed only in the next room, where one discovers that their shapes and patterns were derived from representational graphs of the relative “progress” made by black people in America, originally charted by W.E.B. Du Bois. Such figures as illiteracy rates, business ownership, and “Crime among American Negroes” become darkly playful compositions: the rise and fall of a black line on a red grid, the easy rhythm conveyed by a series of variable-width bars, or the aesthetic harmony of a stacked pyramid.

But apart from their physical proximity, how do these canvases relate to the house of the “Godfather of House”? As Knuckles’s DJ sets play, the red waveform of the recording blinks in red LED lights from the mixer monitor. Its movement visually resembles that of the bar graph, aurally echoes the idea of “progress.” In the same room containing those nineteenth-century charts from Du Bois, two contemporary letters in a display case again contemplate this elusive theme. One, from Gates, is addressed “Dear Friend,” and invites the recipient to respond with “a personal letter to me on your black progress, especially in relation to your artistic practice.” The other is one such response from Kerry James Marshall, who invites criticism of the terms “Black,” “Negro,” and “progress.” All responses are compiled in the accompanying publication, Letters of Negro Progress. 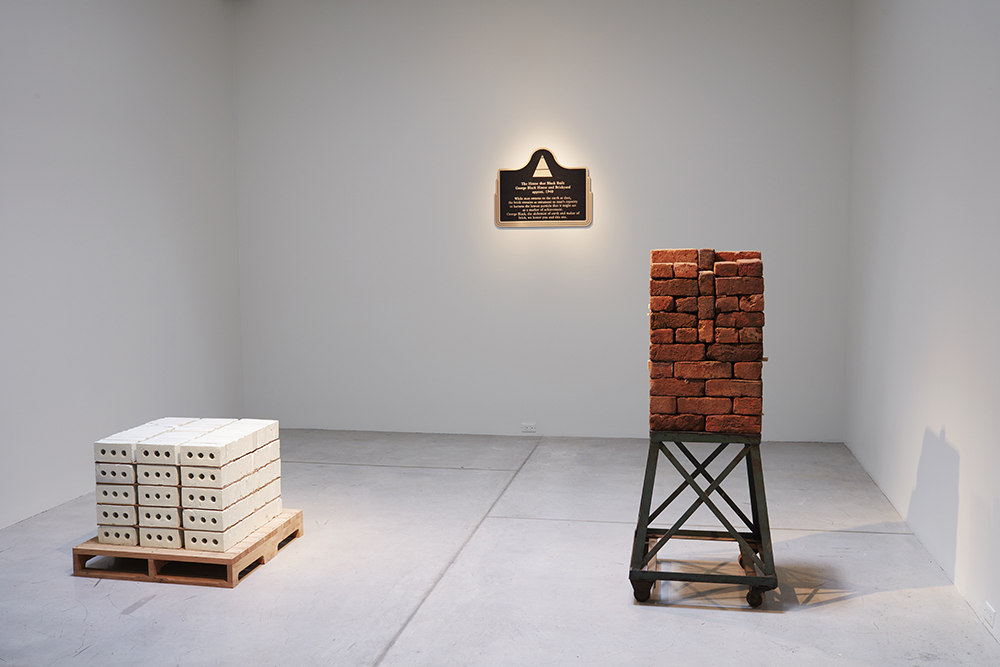 These orbiting conversations on art, identity, and progress also inevitably invoke art history, whose canonical texts and exhibitions have routinely excluded black artists from major exhibitions (perhaps most recently Art Aids America, criticized by black activists in person and Julia Bryan-Wilson in print). Indeed, Gates was clearly referencing the often-jarring juxtapositions that make up the foundations of academic art history when he arranged this gallery. Nineteenth-century landscape paintings by a self-taught black artist hang on the walls, Baroque sculptures of dancing figures face each other in an otherwise sterile vitrine, and baseball caps from Knuckles’s collection are displayed commercially in a row within that nearby open-ended vitrine. A model house, wooden crates, and an insulation blanket are visible in the storage room behind the caps. These materials represent what is needed to construct any house or museum and allude to the other house museum dedicated to brickmaker George Black. In these anachronous displays, Gates seems interested in how culture is nonlinear, approaches to institutional critique double back, and embracing decontextualization as art may be another type of progress. 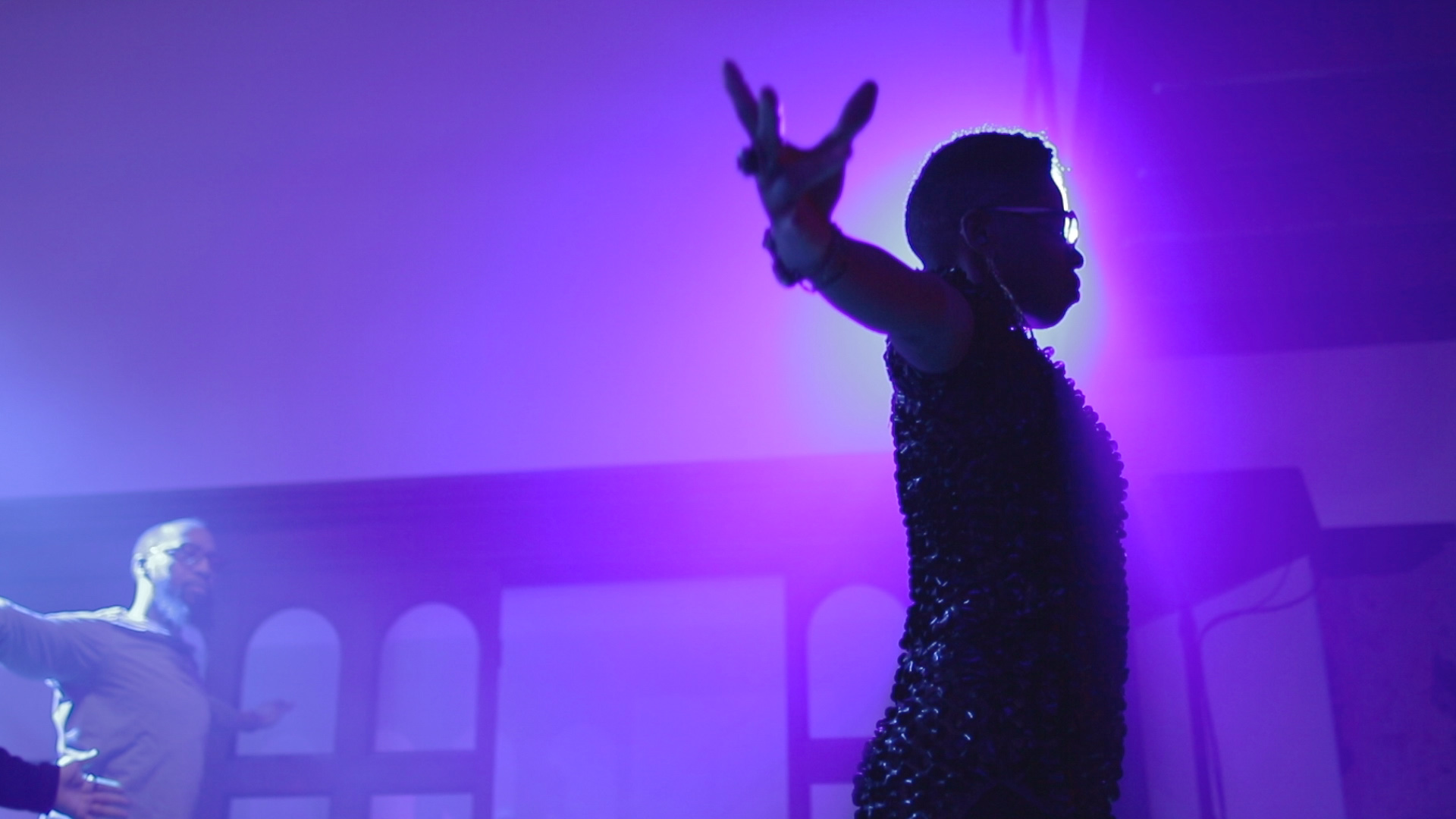 Decontextualization may be a form of movement or insurrection (Gates uses both verbs in his “Mission” statement on a black slab near the entry), but the more obvious core of this show is literal song and dance. In the space of the deepest gallery, the video House Heads Liberation Training depicts bodies in states of musical rapture. Its luminous projection casts a purplish hue across the walls. The mirrored surface of the rotating, body-sized sculpture Houseberg creates the visual effect of lights dancing towards the viewer. It is not surprising, then, that How to Build a House Museum opened with a house party in this room, which was then initiated as art by sound and movement.

But like all exhibitions, and like all progress, this show must eventually end here, to be reactivated elsewhere if all goes well. The show is perhaps the least permanent of Gates’s monuments, but the metaphors of reconstruction throughout the show are perhaps more potent than any single house museum the artist could have built. 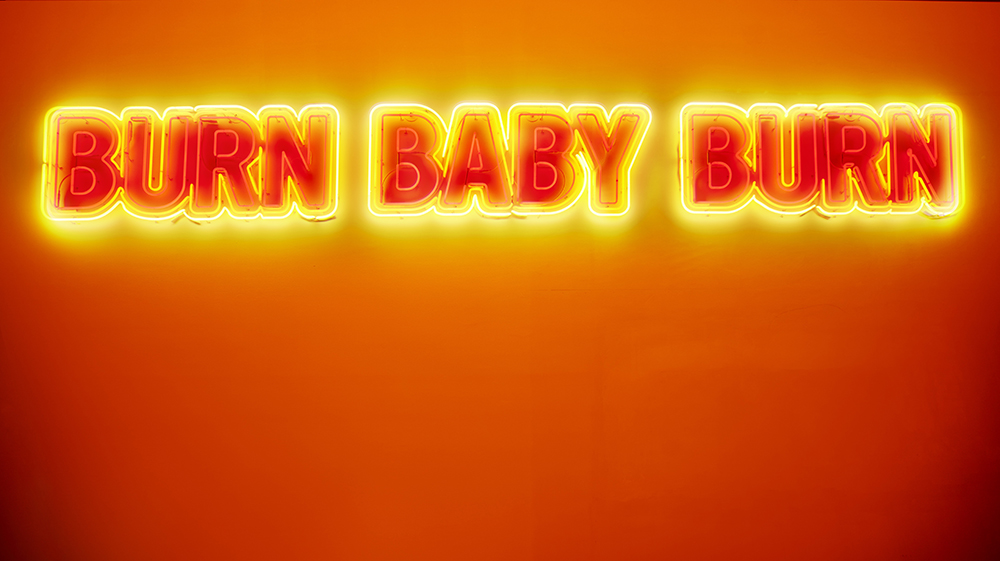 Next post New Issues of SFAQ & NYAQ and Introducing LXAQ