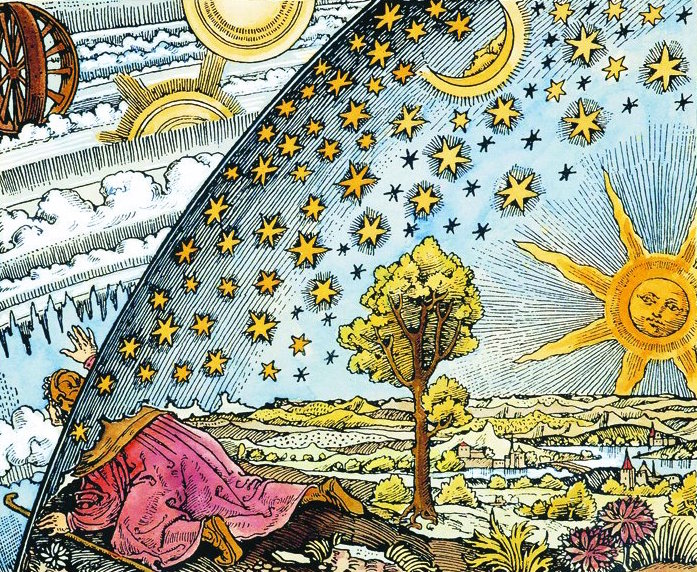 The Flammarion engraving, circa 1888.

This spring, Simon & Schuster published Sprint: How to Solve Big Problems and Test New Ideas in Just Five Days. Co-written by three men from their team of designers and creatives who swoop into startups to help “ideate” at Google Ventures, (or GV, Google’s venture capital investment arm), Sprint purports to offer the secret to solving sweeping business and technology problems in just under one working week. The book presents itself as a solution “for anyone with a big opportunity, problem, or idea who needs to get answers today.” Blurbs from a vice-chair of General Electric and a co-founder of Twitter emphasize swiftness and promise the book will help you “build better products faster.” The value of the sprint would seem to be pure speed, a gift of kinetic energy. There’s an entire channel on Medium (a company that GV helped to sprint) devoted to Sprint Stories.

While the structure of “the sprint” itself turns out to be just a very simplified, accelerated model of the usual process of making production decisions (and settling for more modest goals in most cases), GV has clearly been successful in using this process to add exponential value to the startups in which it invests. More than the content of what is streamlined, it’s the rhetoric of the sprint that’s notable: the fast-forwarding through what would seem to be an unavoidable period of complexity as a sign of economic value in 2016.

The dream to speed up production isn’t new; it is explicitly as old as industrialization itself, and practically much older—we’ve been hacking the creation and distribution of material things since the concept of value was invented. What’s new is the hacking of decision-making itself, or even the process of, which has always been held as unwise to shortcut. At a time in late capitalism when many of our processes for value extraction seem to have exhausted the possibilities for raw potential material, increasingly abstract concepts are being presented as raw materials to be refined for the creation of value.

Sprint highlights one of these new cases, in a conceptual model of alchemy of thought. In a crucial and not always obvious way, we have shifted from a modernist outlook at productivity and product—focused on mastering the natural world and everything in it—into a logic that feels more arcane and supernatural. To use a parallel from the vocabulary of magic, we have transitioned from an elemental magic of modernism—mastering the elements, taming them under the forces of human systems—and into a new realm of that relies on conceptual models of alchemy, where things can be transmutated beyond the realm of physics, and something can be made out of nothing. This kind of arcane magic can summon and animate forces that are invisible to the modernist mindset. It is exactly this model of beliefs that makes us think that we can turn a year’s worth of work, with all its thinking, planning, ruminating, hypothesizing, decision-making, breaking and fixing, into a ritualistic system that, if done in the proper order, can change the speed of time itself—in other words, casting a spell. The tech sprint of 2016 demarcates a moment in Western cultural thinking when we have shifted from attempting to control the world via modernist thought, and are now attempting to manipulate it through creation ex nihilio: pulling worth out of thin air.

For the sprint, a focus on time turns into the magic of discovery. Yet, the rhetoric of value increasingly relies on magical structures of thinking to self-perpetuate across industry, the most widespread magico-cultural logic of the economy being an alchemy particular to late capitalism, where value is abstractly created when there is nothing real of value left to extract. GV’s rhetorical injection of profit-making through the sprint offers a benign model of getting something from nothing, but this logic has become crucial in darker ways at a time when resources (at all levels of abstraction) are scarce. This logic characterizes fracking as well as shuffling debt constructs through housing loan bundles. When there is not enough in the world to do what is needed, we work to get blood from a stone and shuffle the deck of cards until they tell us what we want them to.

The famous Arthur Clark quote that “any sufficiently advanced technology is indistinguishable from magic” points to the role of technology in this logic; the more mysterious a technology, whether in the form of a simple-looking app, injections of high-pressure fracking fluid, or financial markets, the more its impossible mechanics are hidden. This often-invisible magic is pulled, rabbit-style, from the top hat of tech startup culture in a city like San Francisco, where the disconnect between actual value and alchemical value is often at its most palpable. Consider the logic that determines that growth at all costs, even when no profit is even imaginable in a company’s model, makes a firm valuable, or that data itself—any data—is hidden gold, or rather, to continue our metaphor, can be transmutated into gold.

In order to learn what the difference is between fictional value and real value now, we have to ask what the deepest wish is for alchemic thinking. Who are our shamans, our witches, who convince us that the magic is working? And what happens when we stop believing in it? In the next edition of SFAQ I’ll be taking up these threads again to examine how magical value-finding in contemporary economics is taken up in the medium of new formal photography, where the development of post-Photoshop can even be seen as a formal analogue to late capitalism’s alchemy.

Next post EJ Hill: In Conversation with Nicole Kaack 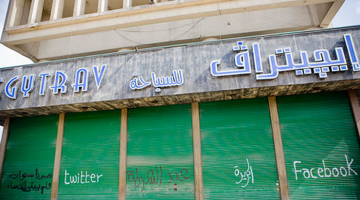 Searching For A Citizens’ Media, Online 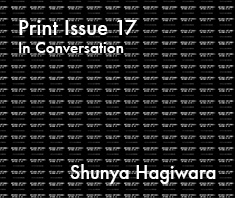 In Conversation: Shunya Hagiwara with Aaron Harbour and 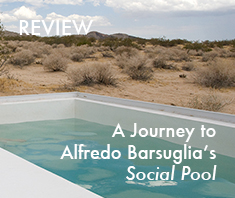