Portrait of an Art Dealer

When did you open the doors of Show & Tell Gallery and what is your background in Art?

I opened Show & Tell Gallery in January of 2008. I don’t have a formal art background but grew up with in a community of graffiti artists and that scene has always been an inspiration to me. In a way graffiti was my first introduction to the notion of fine art. I began to pay attention to the gallery work of artists like Banksy, Shepard Fairey, Steve Powers, and Barry McGee (amongst others) who I was already familiar with through the graffiti world. I was building a modest collection at the time and following a lot of international art galleries, blogs, and websites. I found that there wasn’t any galleries really representing the art I liked in Toronto and that was the main driving force behind starting the gallery. Show & Tell Gallery was conceived as an online venture in my apartment. I operated out of my apartment for a year until it grew enough that I could open a brick and mortar storefront.

So you recently opened COOPER COLE Gallery as well – are these two acting as separate identities or is there a shift in the program? What prompted this and how will it affect your programming?

COOPER COLE is the reincarnation of Show & Tell Gallery. They are separate identities in the sense that I will not continue to operate as S&T. The change in branding is meant to reflect the maturing of the gallery and roster of artists. The gallery has come a long way from hosting exhibitions in my living room. I have shown quite a few established artists who have exhibited in major institutions and are part of large collections; I want to reflect that in a brand that is more serious.

In your programing you exhibit a strong roster of younger contemporary artists – many of which we are familiar with in San Francisco. There seems to be a balance of this with some conceptual undertones and large installations mixed with some well know “street artists”. Is there an underlying current that you curate around to balance these two out?

I curate shows based on my personal taste and vision. I definitely have a focus on young contemporary artists and people who are based in communities I relate to. I have an interest in conceptual abstraction, narrative, and figurative work. I would like to show more sculptural and photography work in the future.

Which contemporary photographers are of interest to you, and are you interested in more New Topographies, documentive street photography, or alternative process based photography?

My immediate response is that my interest lies in photography that is more process based than documentary.  That said I do enjoy a variety of different photographers so I try and keep an open mind.  Sara Cwynar is a young photographer I am working with who I think takes some really interesting photos.

What’s the Toronto art scene like? Is there a strong community or “arts neighborhoods”?

The best word to describe Toronto’s art scene is “growing”. There is a great community of young artists/curators here and people doing some fantastic work. It would be better if the collector pool was larger but I am sure that could be said in most cities. 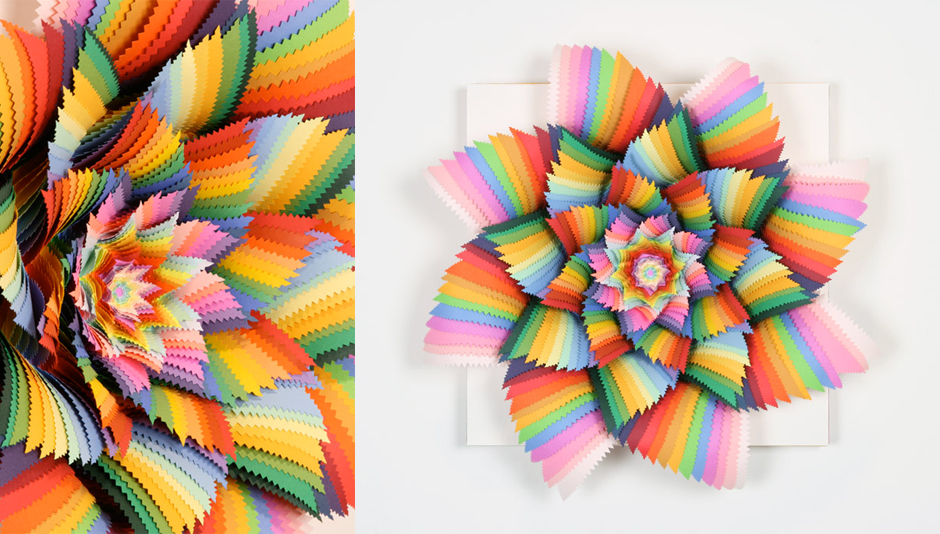 You recently participated in PULSE LA with Jen Stark through COOPER COLE. How will you continue participating on an international level?

COOPER COLE will definitely be participating in more art fairs. I feel like these fairs are a great way to contribute to the dialog of the international art scene. They are also a fantastic way to connect with collectors in other cities and be introduced to artists who you may not already be familiar with. I strive to introduce the Canadian market to more established American and international artists who generally do not have the opportunity to exhibit here. It’s a pleasure to show these established artists in Canada for the first time. It is also a great pleasure to see my younger artists gaining notoriety for their art across the globe. Their art obviously speaks for itself but it is nice to feel that I may have a small part in that evolution as well.

What are some highlights of your programming in 2012 that we can look forward to?

Well I am looking forward to all my upcoming exhibitions.  I’m excited to be working with Canadian artists such as Geoff Mcfetridge, Anders Oinonen, Tessar Lo, Sara Cwynar, and Jesse Harris.  Also looking forward to showing SF based artists like Andrew Schoultz and Richard Colman. In addition to Andrew and Richard I will be exhibiting American artists like Brendan Monroe, Andrew Jeffery Wright, William Buzzell, Marissa Textor, Ryan Travis Christian, Ryan Wallace, and Chris Duncan amongst others.

What are some other art spaces in Toronto that you feel are exhibiting some interesting / noteworthy art?

I think if you are visiting Toronto, checking out the Dundas West, Ossington, and Queen West neighborhoods is a must.  There are a lot of great gallery spaces to check out. Hunter & Cook Magazine recently opened a project space and have had some interesting shows so far.  Also recently opened is Tomorrow Gallery which is an artist run gallery with an emphasis on exhibiting international artists. They have had some cool shows as well.