“Juice” at Jessica Silverman is an epic display of painterly renditions of liquid textures produced by artist, Conrad Ruiz.  Hyperactive in nature, Ruiz presents a body of work that exemplifies the nature of liquid, but using a palette that eludes to man made beverages, such as soda, energy drinks, artificial juice and so on.  The watercolors on canvas, ” Redbull (G2 Series Pro)” and “Bombslide” both express their materialized identity through paint very clearly.  A majority of the work express a frothy, slurry gesture in paint which is hypnotic in nature when viewing the works, and also display a quality of uneasiness knowing that these are representations of liquids many individuals consume on the daily.

When I visited the space, I spoke with the gallery assistant about Ruiz and the leaps he has made in the subject matter in his work.  Moving away from portraiture and human subjects Ruiz is now fascinated with the liquid textures on view, which liberates his work from linear narratives within each painting.  It is still a cultural discussion seen in his past bodies of work (“Cold, Hard, and Wet” and “Beijing Series”) but is no longer restricted to the human forms to conduct the conversation of the concepts that drive his work. This exhibition is worth visiting in person.  If your in San Francisco, make a trip to Jessica Silverman and see what she has in store for the last months of 2012. 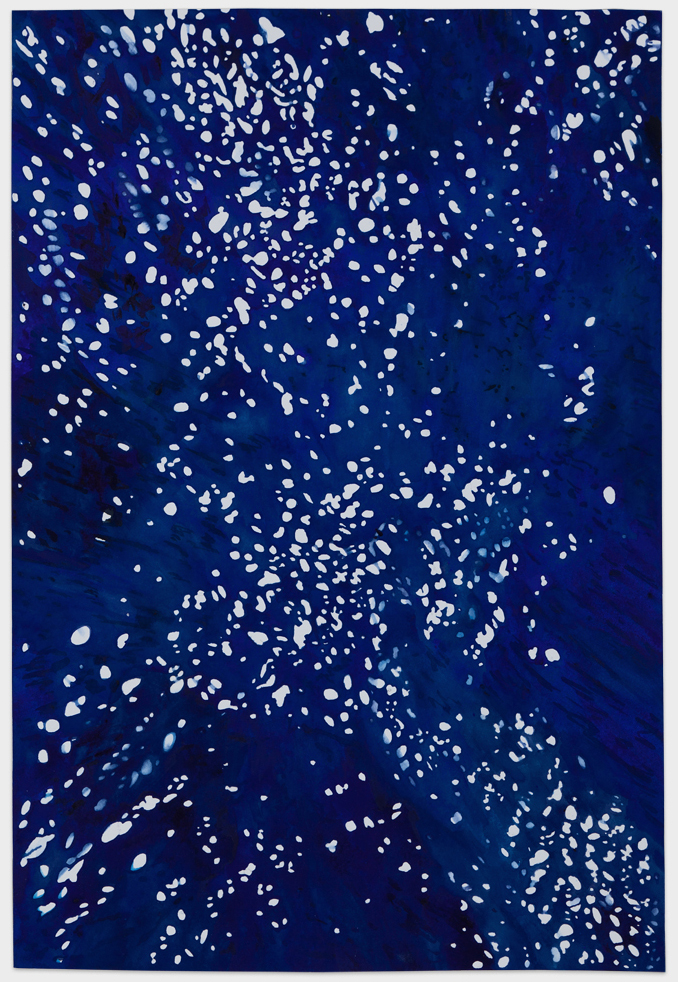 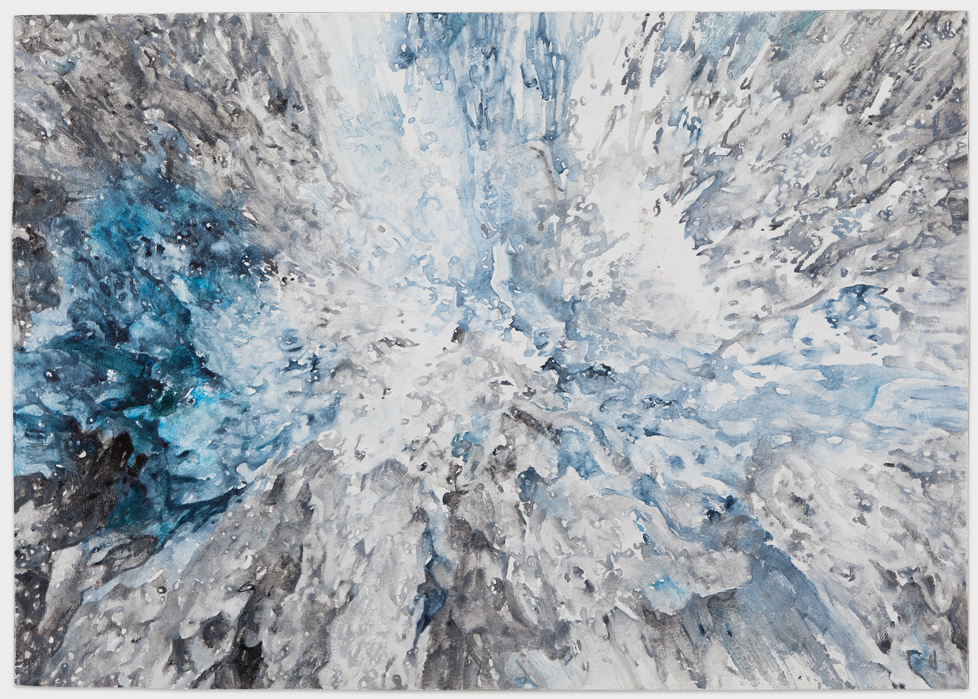 “Juice” is a series of watercolors on canvas and paper that explore the history of Pop art, abstract painting and realist representations of water. Titled after real energy drinks like Red Bull and fictive ones such as Passion Squirt and Punch Monster, the paintings merge classic dichotomies between nature and culture, still lives and landscapes, figuration and abstraction. Antecedents to the series include David Hockney’s splash paintings, Hiroshi Sugimoto’s seascapes, and Clyfford Stills’s abstract expressionist canvases. Conceptually, the series pays homage to Andy Warhol’s 1962 hand-painted Coca Cola canvases.

In previous work, Ruiz has appropriated found images but “Juice” is culled from photographs that the artist took of waves crashing on the California coastline. He reworked the digital files to create sketches that became the reference images. The results are visually complex and sexually evocative.
Ruiz says that he likes to “express my personality by avoiding myself” and much of his work plays with viewers’ expectations about his identity. Upon viewing the work in his first solo show, “Cold, Hard and Wet,” many people assumed that Ruiz was African-American while his “Beijing” series of paintings led some viewers to suppose he was Asian. With “Juice,” some may suspect he is gay.