ALTAR this Friday at The Episcopal Church of St. John the Evangelist, San Francisco

Coming into 2013 is an exciting curatorial project by Nikki Mirsaeid, and Taj Robinson titled ALTAR. Everyone who is involved in the arts has dipped their fingers into off site exhibitions at one point in their life using empty storefronts and public spaces as venues for exhibitions, known as pop-ups. For many these pop-ups are short lived, and stay within a local bubble without any outreach into the national and international realm. Also many pop-ups are structured as a test to see if that location is prosperous and if it is, the pop-up becomes an establishment, forever fixated to their small plot of land in this vast world we live in. ALTAR is taking their own pathway for this creative endeavor without being anchored to a permanent space, in any specified city. They are choosing to float in the grey area of uncertainty, and it’s within this grey area where we find creative freedom. ALTAR is taking their transformative curatorial project from San Francisco to Los Angeles, New York, Bangkok, Thailand, Beirut, Lebanon, and more. Both Mirsaeid and Robinson have big plans for ALTAR expanding their programming across borders which that unconventional spaces into exhibition halls that highlight the sacred nature of art, silence, and breakthrough. Opening this Friday, February 1st 2013 is their debut exhibition including works by: Johnny Abrahams, Facundo Arganaraz, Emily Verlo Bovino, Aaron Finnis, Bryan Morello, Kamau Patton, Melissa Sachs, Tim Sullivan, Aaron Wacks, and Andrew Norman Wilson. Scheduled public programming for this exhibition below. 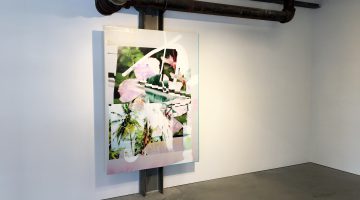 SO ON AND SO FORTH, Facundo Argañaraz at Ever Gold [Pro