Opening Saturday, February 23rd is two exhibitions at Important Projects in Oakland.  In Gallery 1 is “Poem and Notes”, a solo exhibition by Philadelphia based artist, Eric Veit.  Veit recently exhibited at Queer Thoughts in Chicago, IL in a group show titled “Shalom” also featuring works by Alison Veit and Laura Veit *(images: http://qtgallery.net/pages/Exhibitions/Shalom.html). In Gallery 2 is “Emperor!Emperor!Emperor!”, a solo show by Bailey Hikawa, an Oakland based artist.  Hikawa’s studio is currently at Real Time & Space, an amazing studio complex in Chinatown, Oakland.  Check out http://baileyhikawa.com/ for more images of Hikawa’s work.  Real Time & Space also offers a residency which has an impressive history of artists in their program including Colter Jacobsen (currently on view at Gallery Paule Anglim, San Francisco), Chris Fraser, Jackie Im and Aaron Harbour, and Erin Jane Nelson just to name a few.  I recently visited their open studios event earlier this month, and it was more than satisfying.  The artists who inhibit RT&S truly have exceptional studio practices. It was a great to be able to talk to most of them while I was there. Some of the artists from RT&S include: Amy Ho, Et al Projects (Jackie Im, and Aaron Harbour), Aurora Crispin, Cybele Lyle, Ian Dolton-Thornton, and Joel Dean and Jason Benson who co-founded Important Projects.

Next post KATHAN BROWN “Know that you are lucky” 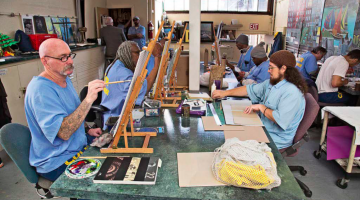