“An exhibition which comes and goes as it pleases,” group exhibition recently at Et al. gallery, San Francisco

Installation view. Courtesy of the gallery.

Et al., of the most recent curatorial projects turned physical gallery, opened “An exhibition which comes and goes as it pleases” last week in the micro-space beneath Union Cleaners in Chinatown. Fluorescent, and brashly pared down, and again, in a basement, the space itself has an effect just to descend into, no small thing to contend with when considering what to display in it.

This latest show seems of a recent approach that conflates the curatorial and artistic side of things, the curatorial hand adding in upon, rather than deciphering, the art, layering poetry on top of artwork; less a restraint in didacticism, than an overt plugging into the creative process. Look at the recent “O the sleeping bag contains the body but not the dreaming head” at Altman Siegel, a much spiffier exhibition space, or “Image-Painting-Text” at Garis & Hahn in NY, a gallery that calls all of their shows “projects.” 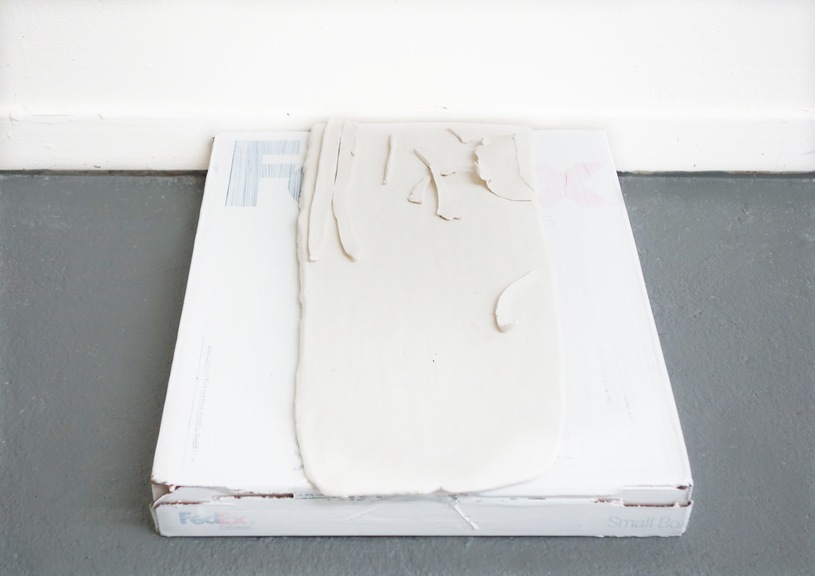 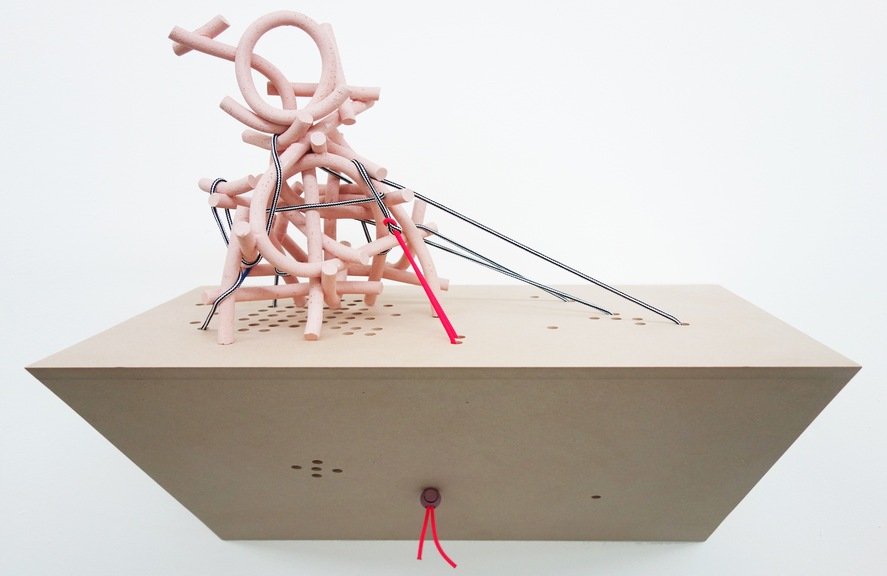 Impermanence, shifting, transformation, uncertainty, all things you would expect from a show explained to “come and go” are displayed in the small space of one drawing, a few obvious art display pieces by Sean Talley and Claire Nereim, Rick Bahto and Julia Holter’s film-to-digital video “Finale” and Laurie Reid’s series of small scale architectural interventions, add-ons, and oddities “Alley behind Willow Brook Avenue.”

Utility is also present, in the cord and stoppers of Sean Talley’s sculpture “OSTWV”, and Claire Nereim’s “Hoop” of brass and silver, slipping off its pedestal and somewhere between medical equipment and jewelry. 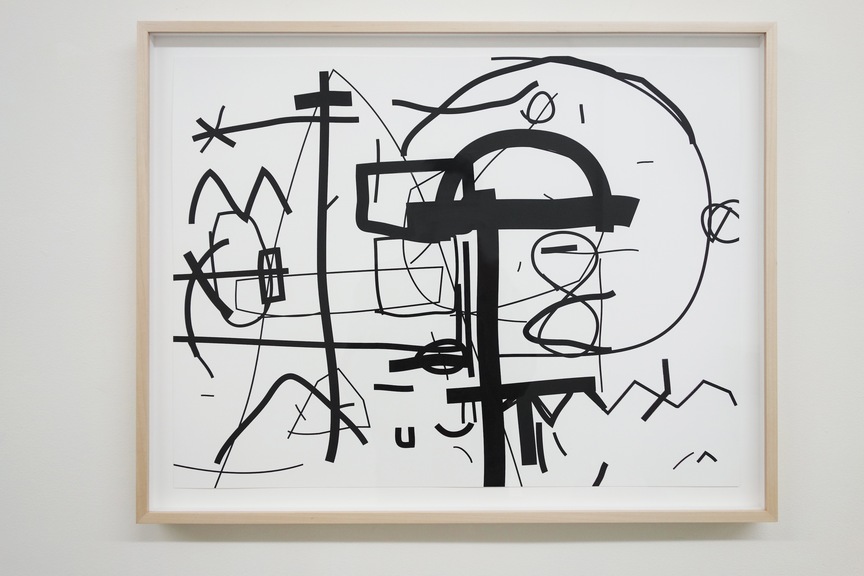 Assumedly acronymous, is Talley’s “TCAMABUUIT” graphite on paper, strongly graphic and reminding of the “prove your human” gibberish box checks online, as much as a cave drawings or any other art reference. The seeming functionality of these pieces stand in contrast to the imperceptibility of Reid’s pieces, tucked out of sightline, begging to be over-looked and misunderstood. There is pull to and fro, between looking at things, and looking for things, and missing something. This indecisive and wavering sense feels like being left, with questions, even as you’re the one leaving.

Just opened this weekend is Et al.’s first solo show featuring new work by Aaron Finnis.  The new exhibition will be on view until September 14th, 2013.