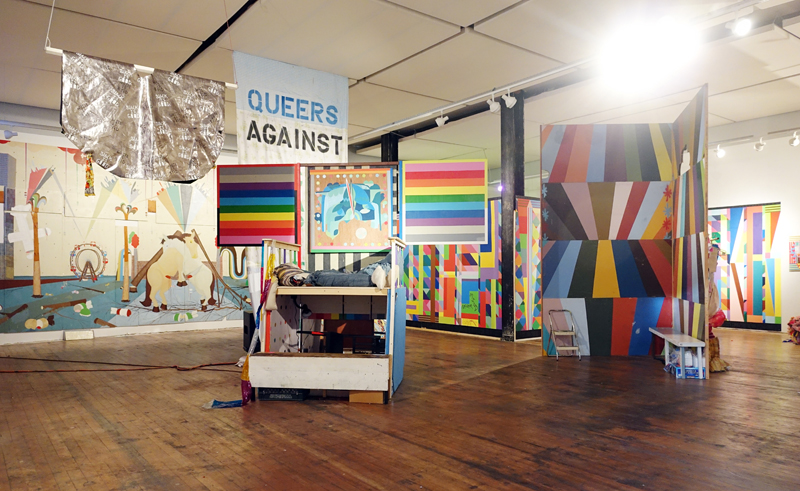 The Lab is a nonprofit experimental art space in the Mission District of San Francisco, where Jackie Clay and Dena Beard serve as Special Projects Manager and Director, respectively. This September, Clay and Beard had the following conversation regarding their history, their curatorial philosophies, and their plans for the future.


Dena Beard: What is the root of your interest in small art spaces? I think we both grew up in small town environments with more conservative atmospheres. I never saw contemporary art growing up, not until I was 16 or 18 or something like that. But the only analogous thing I can say about a place like The Lab is that it’s kind of like a church. The ethos of the place has to be collectively held for it to continue existing. It’s weird.

Jackie Clay: I agree. Being from Alabama, which is like ground zero for conservative ideology, it’s a good and a bad thing. Structurally they are similar. You have a charismatic leader who symbolizes the institution. There are audience members that are very committed and come regularly and then there are people that come for Easter Sunday, New Year’s, and Christmas. You have people that work there: your deacons and deaconesses. Perhaps most notably, non-profits also function as tax shelters for the rich. 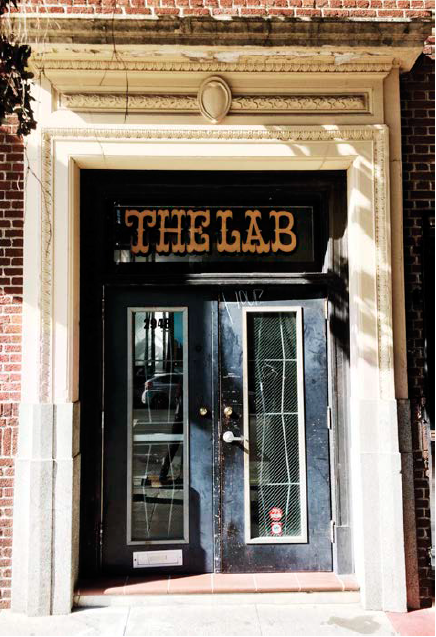 Exterior view, The Lab. Sign painted by Margaret Kilgallen. Courtesy of The Lab.

You’ve also talked about how you wish art spaces like The Lab were more intergenerational.

Honestly, I want older people as visitors more than just young kids and families. And really, I want that selfishly, as an object lesson. I want to see my future. Speaking of older people, do you want to talk at all about your long-term goal? Your dream, post-Lab?

As you know I’ve given myself a contract. So, I’m done in 2020. The idea is to avoid burnout and to allow the institution to refresh itself, to be given over to someone else. After that I’m going to create a retirement home. The idea of retirement and leisure is intriguing to me. I’m always trying to figure out the distinction between work and play. How can we start moving more towards play and less towards work? I’m trying to build that into my life in advance. I think it’s a really interesting conceit. Also . . . there will be pot-growing involved.

I’m interested in that, in part, because right now I think everyone is working too hard. I think people are too productive. I mean I’m saying this as I have four jobs—but that’s about survival. When you talk to some folks they recount a litany of projects. I’d rather have just one or two.

I think that’s completely valid. As with any job you spend a lot of time doing really wretched stuff. That’s 75% of the work, wherever you go. However, I find my work more pleasurable now than I ever have in my life—now I can keep a through-line in my head from the more base tasks to the overarching meaning of the project. I don’t create meaning algorithmically—despite living in a technocracy, humans aren’t actually becoming more machine-like. We’re terrible drivers. We can barely use our common sense to walk down a city street. Experience and learning are important but not as an accumulation of senseless gestures; they are important when they allow us to know a form well enough to take it apart, to look at it differently. That is when work becomes synonymous with play—it is the act of making our world meaningful to us again.

My critique of productivity: being overly productive is, at its root, about competition. About us seeming busy. “Machines” have made us more impatient. We think things should happen really quickly. Like when I think about dial-up . . . I would lose my mind. I am shaped by it.

Do you have a curatorial philosophy? A way of organizing your work or your thinking?

Yes. I’m definitely pretty research heavy. I do also like the service aspect of being a curator being in service to this project that I don’t have to author but can facilitate or even improve sometimes, through technical knowledge.

I think it’s weird how the work has shifted, but we still think of exhibitions as central. People ask me about our space and ask “Are there exhibitions?” I mean we could put one up . . . but are you going to that many exhibitions that often? Is that what you’re seeking out? It’s a model that I enjoy, but I don’t think it has to be the lead in the way that I shape my practice or shape things for other people. 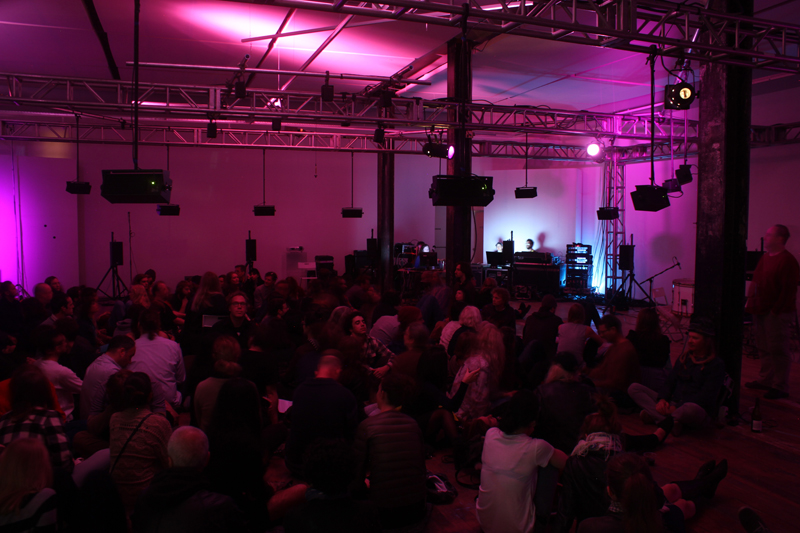 Jacqueline Gordon and Zackery Belange, The Acoustic Deconstruction of 2626 Bancroft Way, 2016. Performance at The Lab. Courtesy of The Lab.

Absolutely. Sometimes stewarding the artwork means doing something totally different than an exhibition. Many exhibitions are so over-determined, so self-serious. There are usually only a handful of shows that we will see in our lifetime that will have lasting impact. That seems about right to me. What was the first exhibition that you saw that totally blew you away?

My best birthday, my 21st birthday, my family and I went to an exhibition at the Central branch of the Birmingham Public Library, and they had a Lorna Simpson. I remember it was hung really high. There’s a dramatic entryway with escalators and it was hung 12 feet in the air. I remember liking that it was in that particular space, even though it wasn’t the most attractive exhibition . . . it didn’t work in some ways, and I even recognized that at the time, but I was kind of into it. It didn’t make sense for it to be that far away or that high up. I think . . . I think I kind of like bad exhibitions.

What else have you been looking at recently?

JC: I’ve been looking at video work from the ’90s . . . thinking about who was in practice then and thinking about myself at that age—what might have happened if I could have seen this work at age 16 or 17. This artist Ayanna U’Dongo was in the 2000 Whitney Biennial and now seemingly doesn’t show at all. Who continues to be historicized? Who isn’t historicized and what can that tell us about what we think about or talk about now?

That’s a really good premise for a show.

Well, that’s what I’m trying to do with the upcoming show at Et al. in Chinatown! I’m curating for my 17-year-old self.

Yes! We are curating for our little selves.

Next post A grief, which does not cease, insists on a presence, which must protest