Currently on view at the New Museum, New York is “Chris Burden: Extreme Measures,” an expansive presentation of Chris Burden’s work that marks the first New York survey of the artist and his first major exhibition in the US in over twenty-five years. Burden’s epoch-defining work has made him one of the most important American artists to emerge since 1970. Spanning a forty-year career and moving across mediums, “Extreme Measures” presents a selection of Burden’s work focused on weights and measures, boundaries and constraints, where physical and moral limits are called into question. 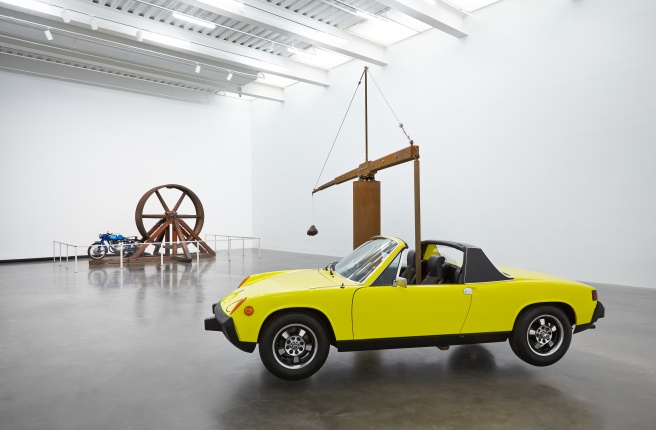 Over the past four decades, Burden has created a unique and powerful body of work that has redefined the way we understand both performance and sculpture. Startling at the time, his early works remain some of the most extreme and influential performances of the era, inspiring younger artists through his radical approach not only to the body but also to issues within a larger sociopolitical context. In the 1980s, he began a series of ambitious sculptures of increasing size and complexity using materials common to childhood playtime activities (such as Erector sets, toy soldiers, model train sets, toy vehicles, and construction models) to create miniaturized yet still monumental reconstructions of structures and environments. These works diagram dense political and historical relationships, and register the depth of our mechanical and technological imagination.

“Chris Burden: Extreme Measures” is on view through January 12th, 2014.