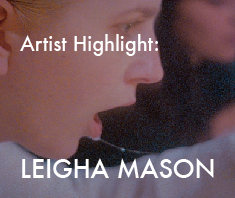 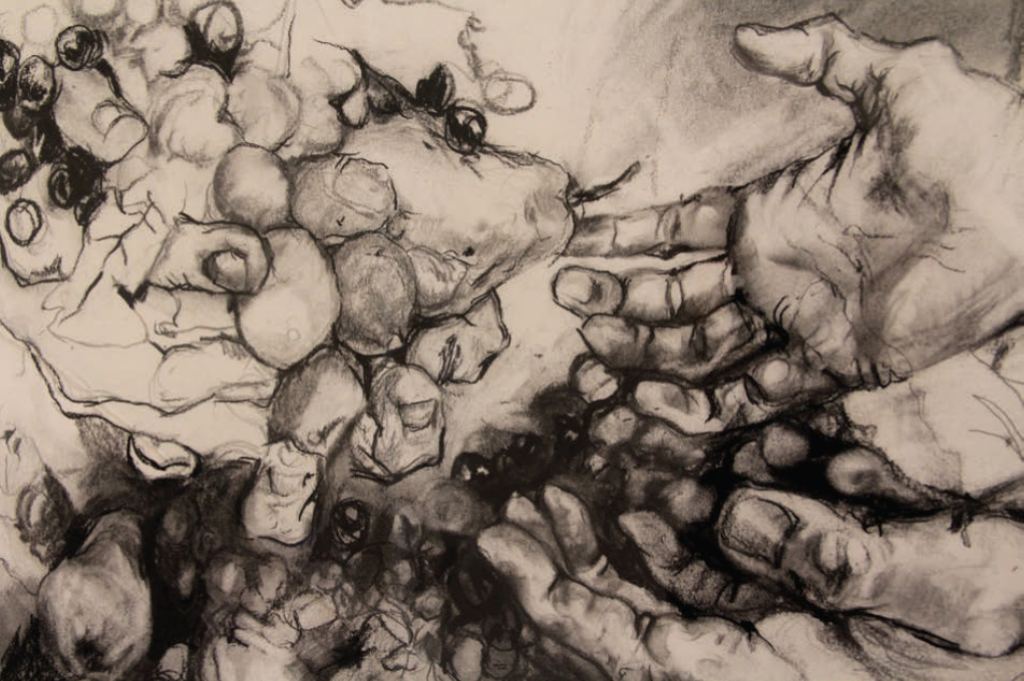 Playful, sincere, and often described as “abject,” Leigha Mason is already a major voice of her generation. Her imagery—portraiture, landscapes, still-life—can be described as carnivalesque, to use Bakhtin’s term, where reveling crowds and banquet tables freely mix fresh and rotting fruit, young and old, sex and death, in a space of social reversal so characteristic of carnival imagery. It is perhaps better though to understand her art as Dionysian, which keeps all the debauchery but carries deeper implications, as when Nietzsche describes the similarities between Shakespeare’s Hamlet and Dionysus:“for both have once looked truly into the essence of things, they have gained knowledge, and nausea inhibits action; for their action could not change anything in the eternal nature of things; they feel it to be ridiculous or humiliating that they should be asked to set right a world that is out of joint.” Mason looks deeply into the essence of things, and makes these abstract and embodied sensations into “signs” that can be fitted over the vast nausea of the human experience.

Mason mainly works with film and video in addition to painting and drawing—in short, she’s concerned with all aspects of representation, of how we become legible to one another as being in the world. One important recent film is “FILM PORTRAIT: MARNIE.YEAR ZERO” (2013), shot on a beach in Los Angeles, near where the artist was born. It is a short portrait of her father who has begun to transition into a new life as a woman named Marnie. The bright sun reflects off the sand and ocean making the 16mm film luminous and almost haptic. Marnie smiles and poses for the camera, brushing her wavy hair back from her face and laughing.The film evokes Marilyn Monroe’s famous photo shoot on the beach, and like Marilyn there is a poignant double-awareness of the performance of her self being turned into an image. “MARNIE.YEAR ZERO” depends on a delicate social mutation typical of Mason’s work, where Marnie is at once the artist’s Father and a little girl, with Mason assuming the parental position making a home movie of her child by the sea. 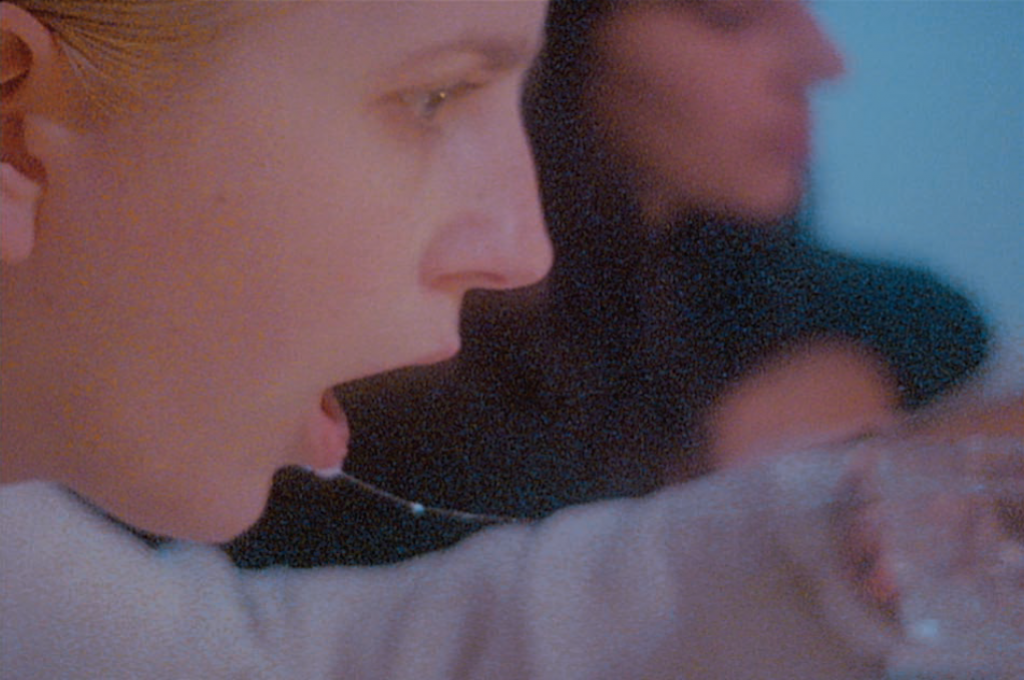 The film “SPIT BANQUET” (2012-2013) makes the political implications of these inversions more obvious. Mason staged a performance in which participants dressed in black and white were seated at a banquet table with empty silver and glass place-settings. Rather than eating, it was an evening of expulsion—two hours of continuous spitting, which Mason documented on 16mm film. The scenes are repulsive and as a sequence, intoxicatingly beautiful.

All of Mason’s work extends an invitation for a kind of action and seeks to offer, at the level of its form, an experience of radical ecstatic liberation. In this she sees the act of entering a work of art into the world as the most profound political and social gesture: exhibiting one potential new way of being; staging a confrontation with the possibilities of one’s own freedom.

–David Zwirner and the Need for Novels