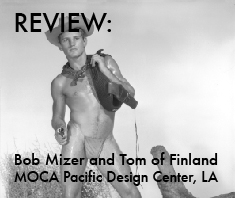 Bob Mizer and Tom of Finland 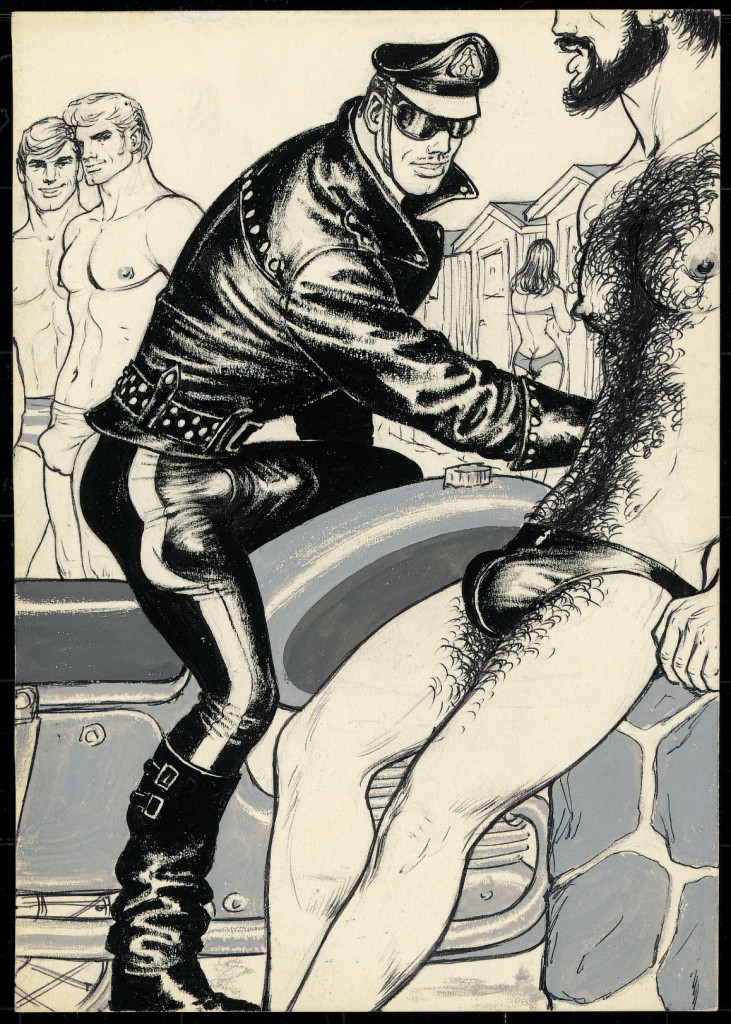 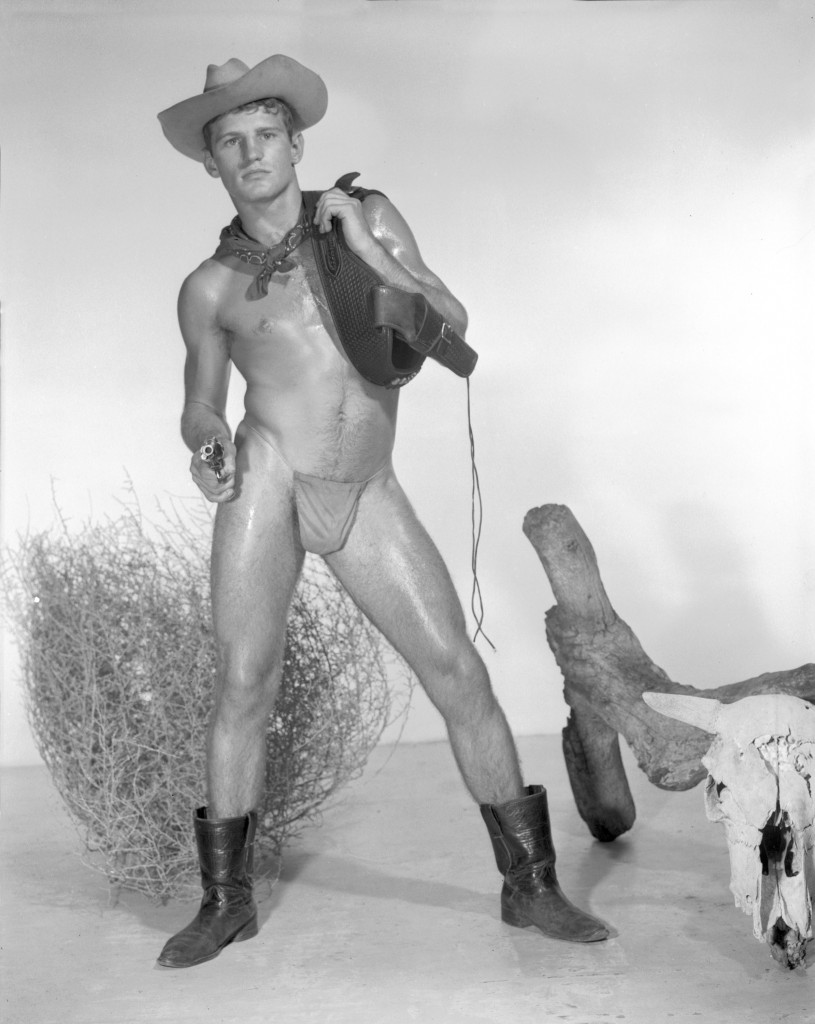 Bob Mizer (1922-92) was a photographer who founded the Athletic Model Guild in 1945, a photo studio that became the source for thousands –some claim millions– of photographs of physique models donning nothing but a loin cloth or g-string. These photographs became the source for Mizer’s, “Physique Pictorial” magazine, whose first issue, released in 1957, featured the first published drawing by Tom of Finland. The show presents an entire suite of catalogue boards – hundreds of photographs of models posing in narrative sequence. 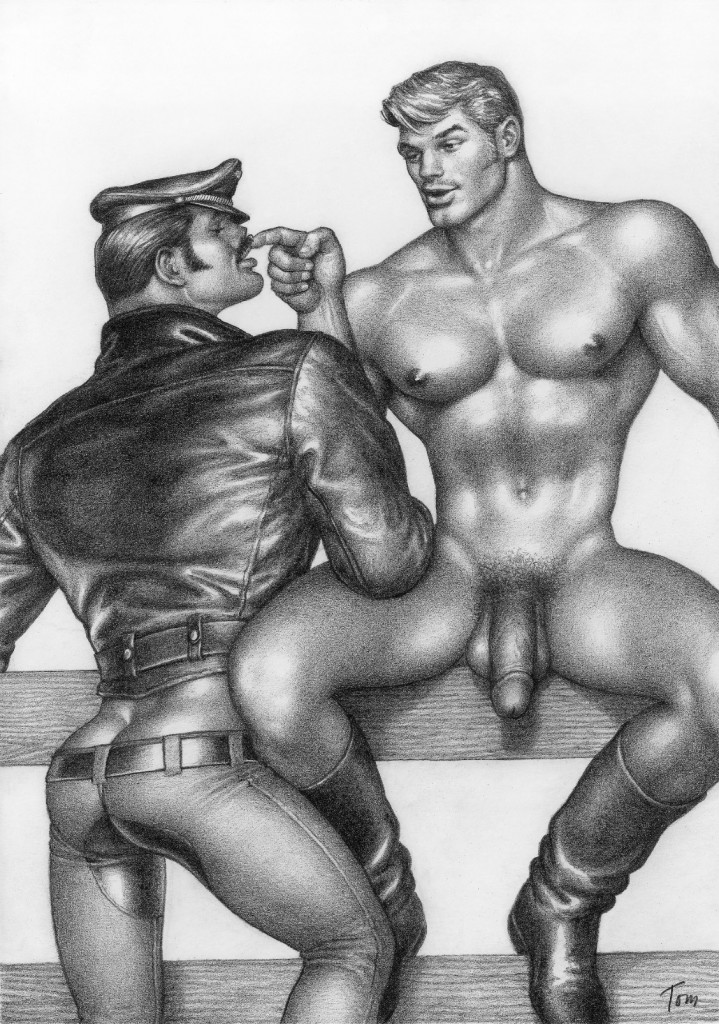 Tom of Finland (Touko Laaksonen, 1920-91) is known for his drawings of hulking strong men that explode with virility and extreme desire. His impeccably rendered sailors, cowboys, leathers, and bikers have a variety of encounters from a longing glance to anonymous hook-up and wild-eyed ecstasy. Tom’s men are out in the open and enjoying life. 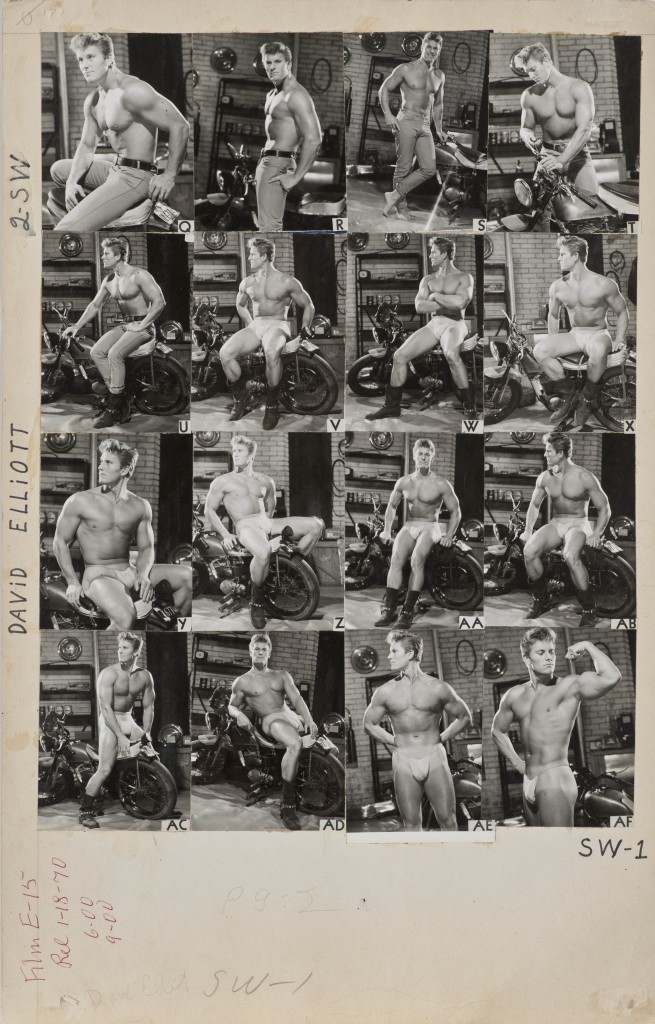 The show also features some rarely seen collages of Tom of Finland’s research files. Various clippings that capture facial expressions, gestures, and postures used for his drawings. Among the familiar faces include a mid-croon (or orgasmic looking) Elvis Presley or a young, bearded Che Guevara mouth slightly agape, looking sideways. These collages give a broader significance to Tom of Finland’s images of male desire, that were plucked from mainstream sources to commingle in subversive positions.

The pictures depict the liberated gay man as full of joy, desire, and with an acute sense of humor. Their eroticism is still wildly fascinating and not lost on our contemporary, over-sexed times. However, it might be easy to forget the reality in which these images were produced. 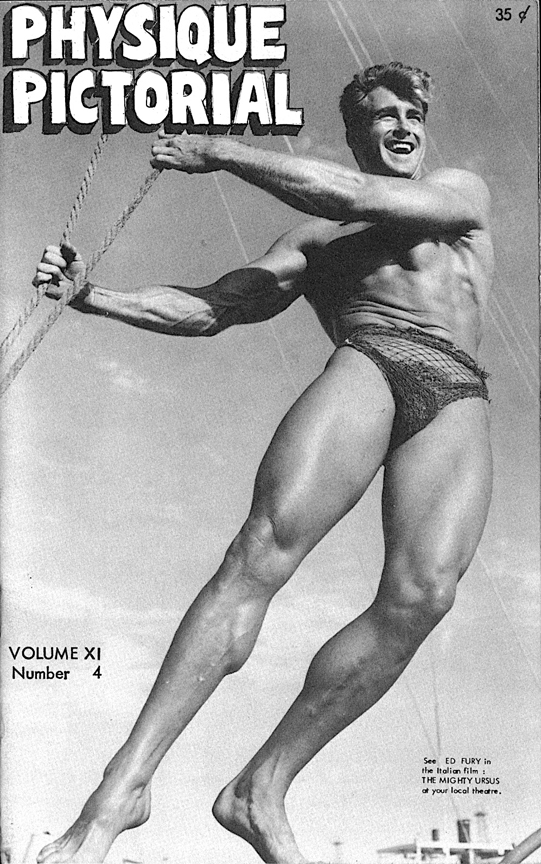 A couple copies of Mizer’s Physique Pictorial magazine are displayed in a vitrine, left open to pages describing a 1962 Supreme Court case against beefcake magazines MANual Enterprises vs. J Edward Day and Postmaster General. The case claimed that since the intended audience for the physique magazines was gay men, the magazines were considered obscene and therefore un-mailable. The case lead to a series of rulings that went all the way to the Supreme Court, which ultimately ruled that, based on “community standards of decency,” the content of the magazines was not patently offensive and could not be barred based merely on its audience.

Though it was then a subculture under the guise of bodybuilders and masculinity, these two artists were pivotal to the visual image of homosexuality and its history. The show at MOCA serves to finally record the desire and suppression of gay life into mainstream history.

Bob Mizer and Tom of Finland are on view through January 26th, 2014.