“Vertigraphy in 90°” is a large hand-made camera constructed out of styrene, foam core and lenses. The piece is large – approximately 6 feet tall topped with a multi-lens case approximately 20” square. Genevieve Quick took the quasi-sculpture/camera to Death Valley where she set up a dark room outside using a tent and buckets to develop the film.

The lightweight materials make it a little bit easier to take the camera on location, but it is very tall and bulky, and obviously fragile. Standing at almost 6 feet tall, the camera seems almost like a toy or a prop for a science fiction flick. Facing the window in the gallery, the lenses project an inverted view of the street onto a viewfinder. (The camera is not photographing the street, it is there on display). The camera has two lenses and can be configured to photograph images from four different angles. It works like a pinhole camera, and the results on display in the gallery have an eerie quality. 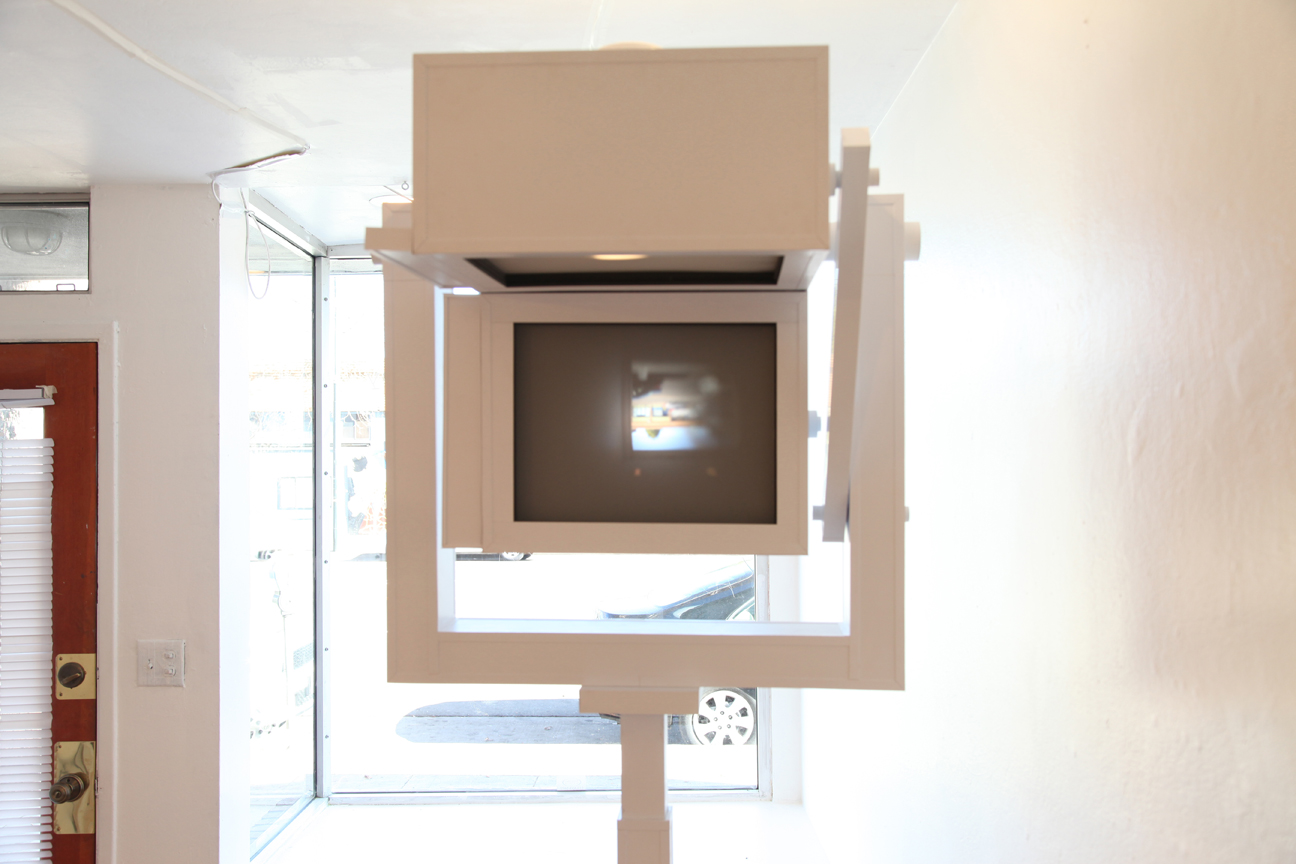 Genevieve Quick, “Vertigraphy at 90 degrees”, multi-lens camera, 2014. Courtesy of the artist and the gallery. 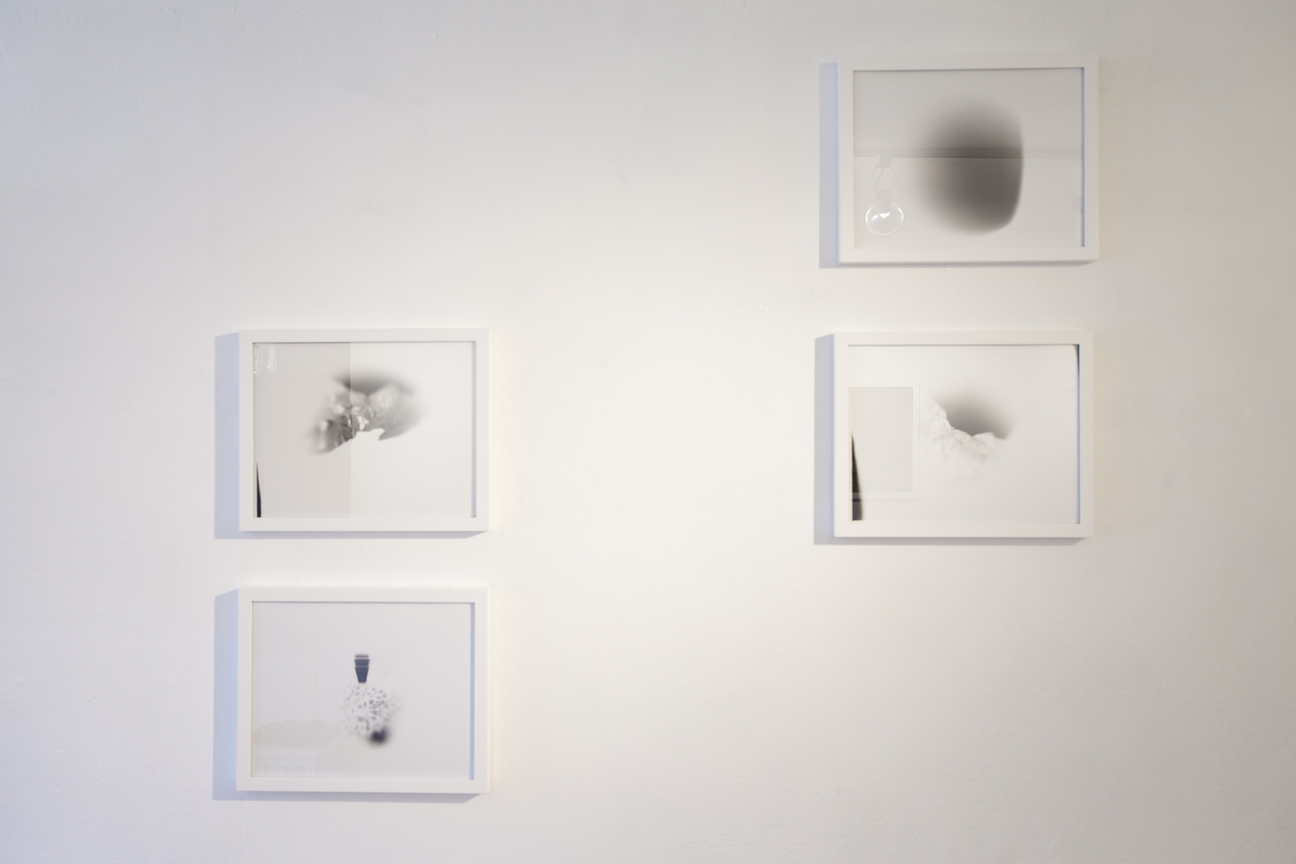 Genevieve Quick, “Vertigraphy at 90 degrees”, multi-lens camera, 2014. Courtesy of the artist and the gallery.

The four predominantly white images taken with the camera are called “Vertigrams” and are on the wall next to the camera. The modest images are monochromatic grey-scale blurs of unknown territory and appear almost as if they are from another time and place other than 21st century Earth. They hint at landscape, dirt or perhaps rocks and a hill in the distance, while looming dark shapes hover like the opposite of the sun infringing on blank white. Ghost-like, the fuzzy dark shapes are as mysterious and stark as the desert itself, quiet and barren, but rich in tiny details. 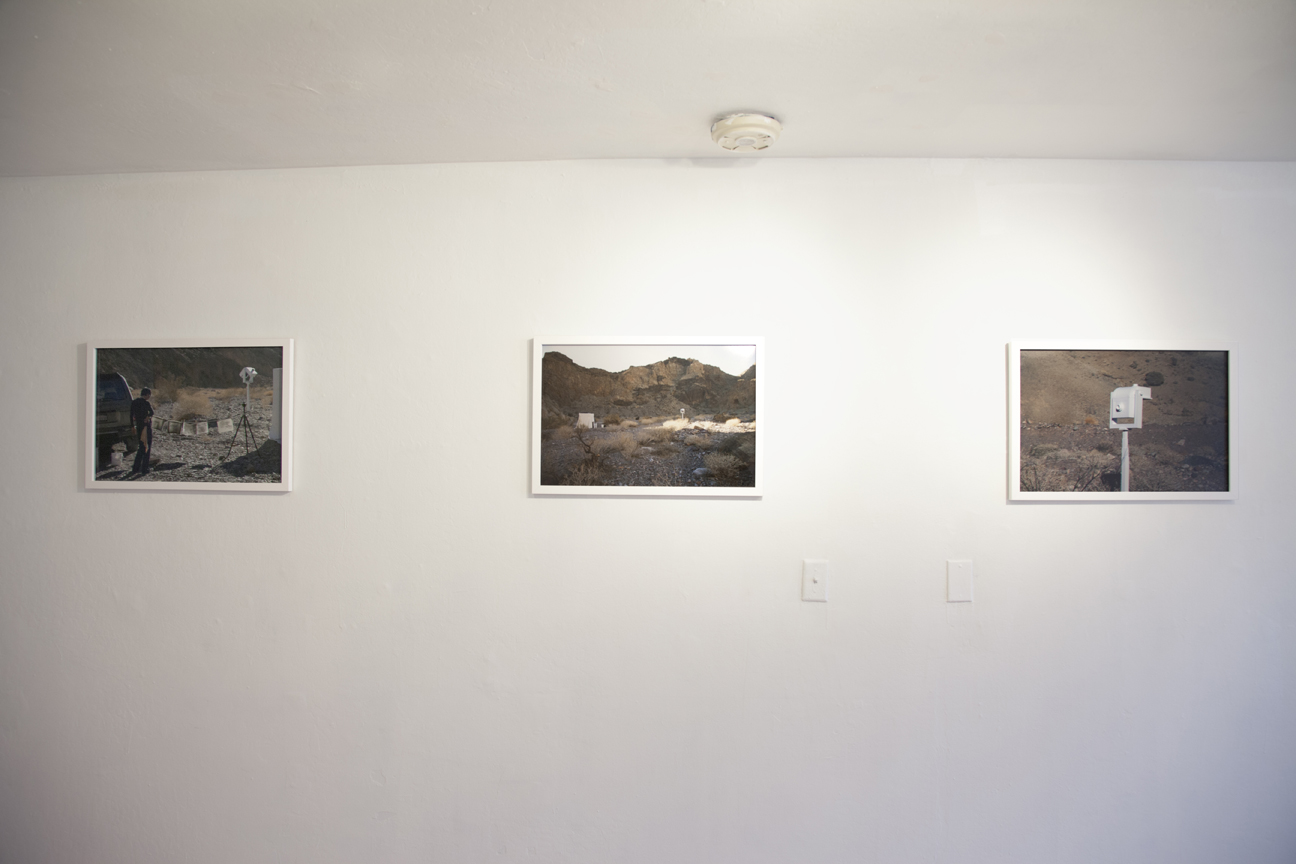 Genevieve Quick, installation view. Courtesy of the artist and the gallery.

Genevieve Quick, installation view. Courtesy of the artist and the gallery.

Also on display is a large color photograph approximately 9 feet tall and 20 inches wide, hanging pinned to ceiling, and then draped down the wall and extending across the floor. The image documents gravel at both top and bottom ends, while the sky is in the center. The dislocation of the earth onto the ceiling and then again on the floor makes for a strange panoramic shift, causing an up and down motion of the head to take it all in at once. The sky sandwiched between the two “lands” instead of simply floating on top disrupts the horizon norm even further. By challenging traditional photography and its formal horizontal configurations of landscape, Quick prompts the viewer to see the world at alternative angles through multiple lenses at one time—the way the body naturally enjoys viewing the landscape when it is exploring.

“Vertical Vistas: A Solo Exhibtion by Genevieve Quick” is on view through February 16, 2014.

For more information visit Royal None Such Gallery, Oakland.