Tucked in Agora Hills, a meandering road leads way to this former Hollywood back lot. Since its inception in 1927, the versatile terrain of Paramount Ranch has been transformed into antiquated China and 17th century Salem Massachusetts. The backdrop of trails, trees (and a decaying replica, feigning the “old west”), was lent to the dramatic story arches of Dr. Quinn Medicine Woman and Cisco the Kid. With the many alternate realities spun at Paramount Ranch, “art fair,” can now be added to its roster. On February 1-2, 2014, this site played host to the first installment of an international art fair of the same name, “Paramount Ranch.” Its Founders, Liz Craft, Robbie Fitzpatrick, Alex Freedman, Pentti Monkkonen, bill this initial outing, “as a low cost affair that taps into the pageantry inherent to the traditional art fair set up but done in a pioneering spirit.” 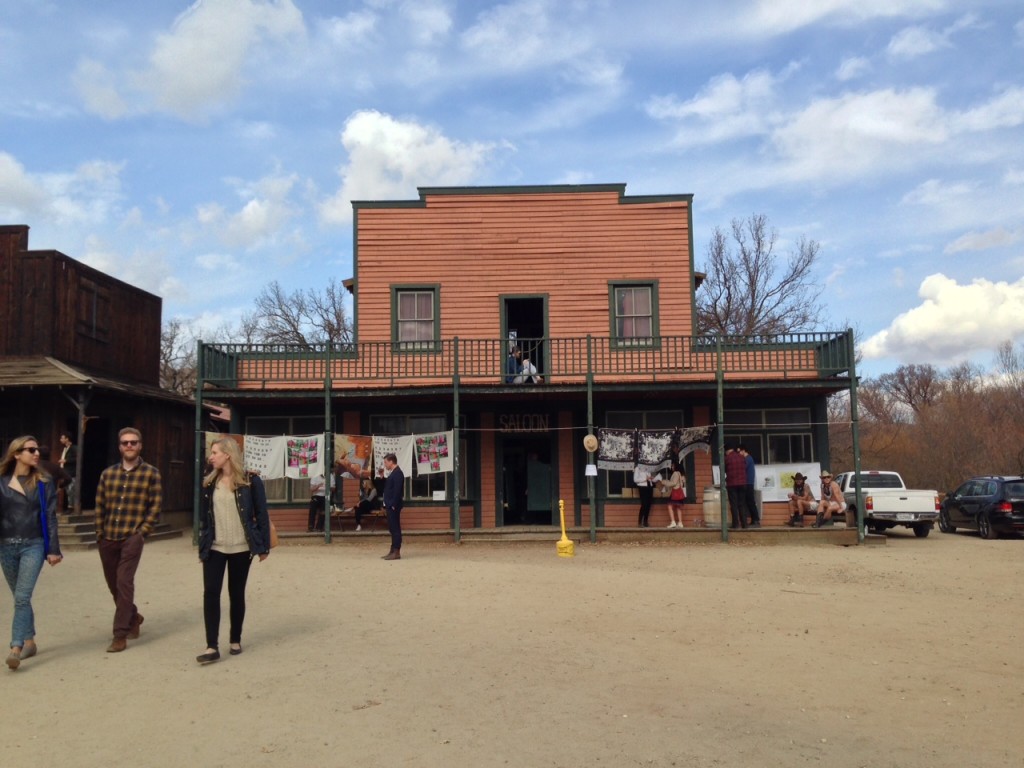 Booze and beverages inside by Mandrake. Image courtesy of Bianca Guillen. 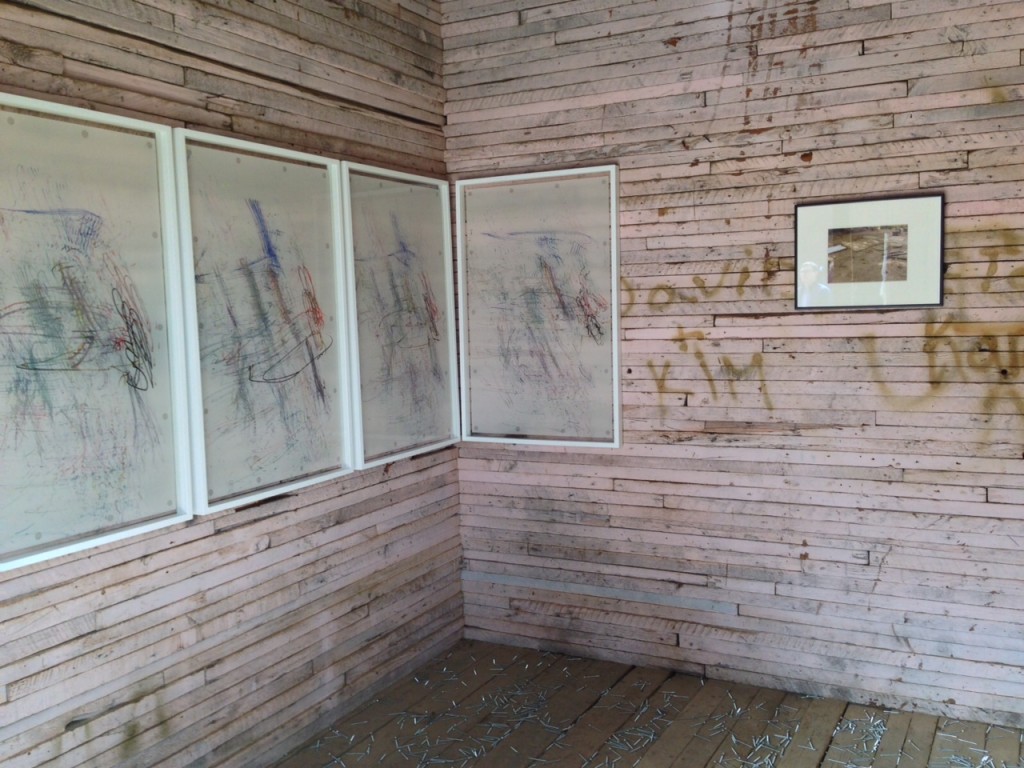 Unlike many of the Los Angeles art fair counterparts held throughout the month of January and February, “Paramount Ranch” has managed to turn a begrudging voyage into an enjoyable trek- the drive is tranquil, the surroundings are beautiful and parking is plentiful (and free!). The thirty-two participating galleries occupied Tombstone-like structures. General store, Sheriff’s Station, Barbershop and Saloon, each contained individually curated works and installations. At first you may think the character of these historically specific structures would sway from each gallery’s contemporary perspective? Somehow, the contrary seemed to be the case. In the estranged context of era and aesthetic, the identity of these works is made resoundingly clear. 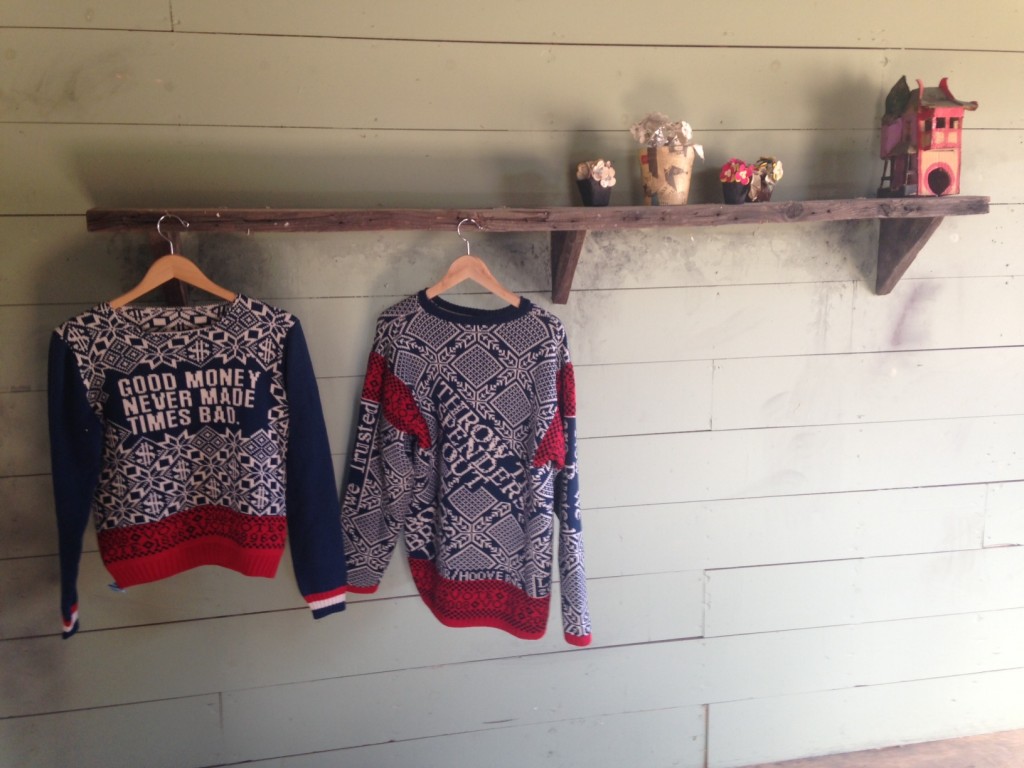 Typically, art fairs are spectacles of attendees’ and corporate sponsorships, devoid of the ability to achieve thorough contemplation, or even halfhearted observation. These affairs are industry necessities, formulaic and numbing, but a necessity, no less. “Paramount Ranch,” seems to be a very gutsy answer to this equation. Burgeoning talent (artists and galleries, alike) is embraced over the big leagues and the white walled, halogen lit structures are left behind for the open air. Sure, there is a degree of romanticism. But, it’s in that feeling that boundless possibility exists. 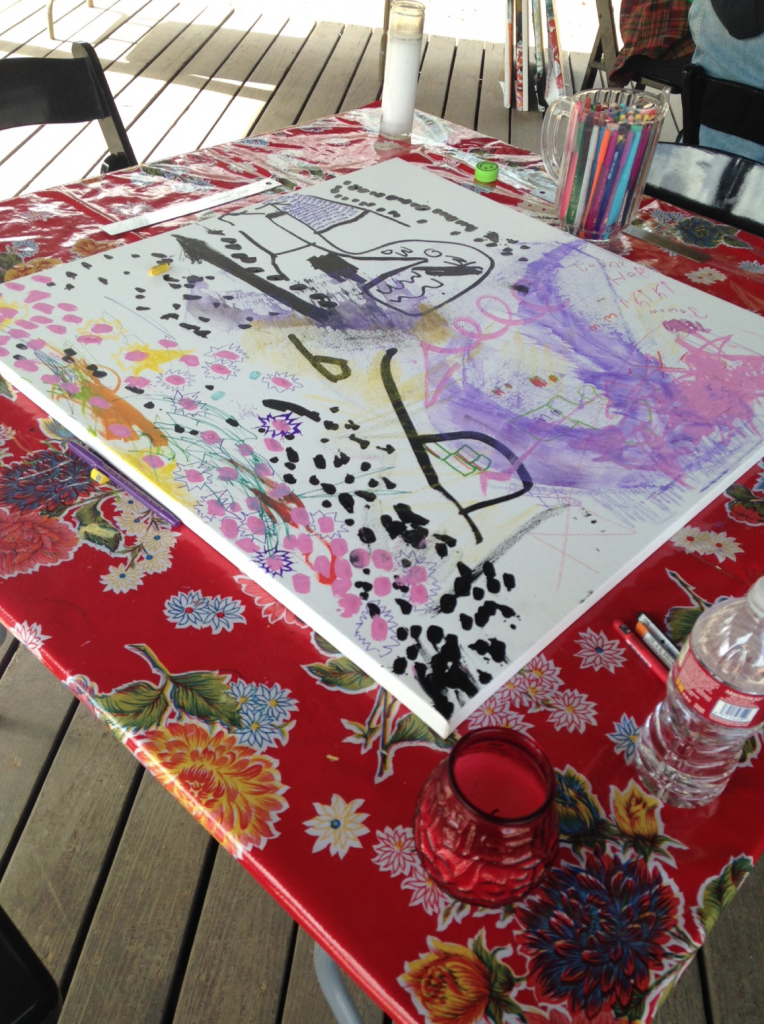