The first large-scale exhibition of modern art in the United States was held in 1913 and was organized by the Association of Painters and Sculptors. It was first hosted at the 69th  Regiment Armory on Lexington Avenue in Manhattan’s East Side, went on tour to the Art Institute of Chicago, and finally the Copley Society of Art, Boston. Last year, The Armory Show celebrated its centennial with five exhibitions held at different venues in New York, New Jersey, Chicago, and Connecticut. This year, The Armory Show will host five exhibition sectors between Piers 92 and 94: the first will focus on modern artworks; the second on contemporary spaces and practitioners; the third is entitled Focus: China; the fourth is a section for solo artist projects (similar to the Statements sector of the Art Basel franchise, The Armory’s version is called Armory Presents); and the fifth will be devoted to non-profit organizations.

A special artist commission by Chinese multidisciplinary artist Xu Zhen, entitled “Action of Consciousness,” will be shown within the Focus: China sector, curated by Philip Tinari, director of the Ullens Center for Contemporary Art (Beijing). Past artist commissions (both for the show itself and for its Benefit Editions) have included Theaster Gates, Liz Magic Laser, and John Waters. In a perfect world, The Armory Show will be a considered but exuberant blend of dead masters, established living artists, and emerging talents with their works (versus their umbrella galleries or quibbling independent curators) taking in the glory. For this edition, such an outdated concept might actually fly.

The 77th  Whitney Biennial will, this year, be corralled by three curators sourced from outside the institution (but no less internationally regarded): Stuart Comer (Chief Curator of a Media and Performance Art at MoMA), Anthony Elms (Associate Curator at the Institute of Contemporary Art, Philadelphia), and Michelle Grabner (artist and a professor in the Painting & Drawing Department at the School of the Art Institute of Chicago). The 2014 edition will be the final biennial at the current location on 945 Madison Avenue and will be moved downtown in spring 2015. Several artists in this year’s exhibition are recognized in memoriam, having recently passed before the opening, including Terry Adkins, Sarah Charlesworth, Channa Horwitz, and Allan Sekula. Young artists (under 40) to watch out for are duo Zackary Drucker and Rhys Ernst, Travis Jeppesen, and Jacolby Satterwhite. Another interesting set of artists, in the form of collectives, are the Sensory Ethnography Lab (based out of Harvard University), Critical Practices Inc., HOWDOYOUSAYYAMINAFRICAN?, My Barbarian, Public Collectors, and Triple Canopy. Should the sole purpose of the Whitney Biennial be an induced sensory coma, one can only hope that the new curatorial format split between three floors might shorten the inevitable blackout period. 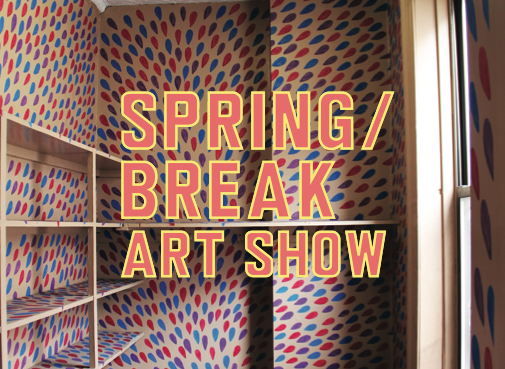 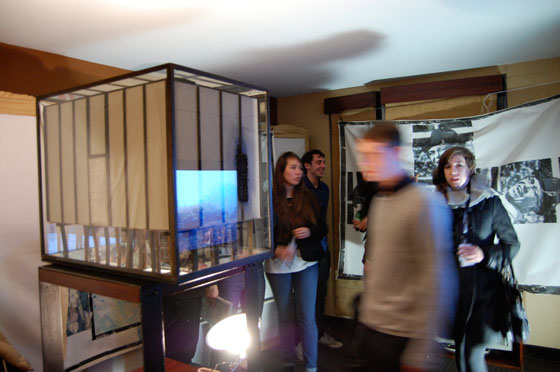 Two tautly-curated fairs also share the stage during this busy week: Independent Art Fair in Chelsea, and the fledgling SPRING/BREAK Art Show in SoHo. Partnering with Milan-based magazine Mousse, Independent is this week’s peek into the ultra avant-garde. Programs such as The Approach (London), Gavin Brown’s enterprise (New York), Mendes Wood (São Paulo), and Peres Projects (Berlin) are bound to be brain-benders. At Old School on Mott Street, the SPRING/BREAK Art Show funnels the talents of young curators into specific projects, headed by directors Andrew Gori and Ambre Kelly.

The countless exhibitions and related showings at private spaces will, literally, be sprinkled throughout the city like the never-ending drizzle of snow. Not that this will deter a toughened crowd of art world curios. On the contrary: the cold helps you stay awake.