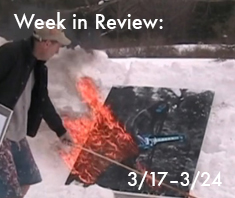 + Pace Gallery is set to open up a Bay Area location that, according to the syndicate gallery’s president Marc Glimcher, will be “one hell of a party.” On April 16th  Pace will open up its newest mega-gallery in the former Tesla Motors headquarters in downtown Menlo Park.

Well aware of the linguistic tropes of the tech industry, the gallery has said that the presence of a temporary art space will help garnish Silicon Valley’s limelight with a well-needed “moment.”  This moment Pace speaks about may just be the moment they realized that tech entrepreneurs now have more wealth than they know what to do with. This endeavor follows suit with the launching of the Silicon Valley Contemporary art fair that takes place April 10th through 13th in San Jose. Pace opens to the public April 16th, three days after the fair closes, where it will remain open until June 30th.

It is a safe bet that this new space will be more Tesla showroom than Kunsthalle, with its initial offering being an Alexander Calder survey, followed by the tony installation-sculpture of Tara Donovan. What may be novel are the complimentary screening rooms, library, and accompanying bar.

For what it’s worth, Pace will no doubt bring the attention of the Bay Area’s well-heeled to contemporary art, which could mean larger interest in the acquisition of artwork as a financial and social asset, possibly resulting in broader visual art sales and financial support. However, the Pace Gallery’s south bay sojourn is testament enough that their motive is purely one of profit—to give Bay Area entrepreneurs a taste of the wares that they can later purchase on business trips to New York, London, or Beijing, or if Silicon Valley Contemporary goes well, perhaps Art Basel Miami in December or Art Dubai this same time next year, which took place this week.

+ The Richard Prince appropriation case is finally closed. Artist Richard Prince has been found innocent in the copyright case started by photographer Patrick Cariou after the latter launched a lawsuit against Prince for appropriating his photographs from his series “Yes, Rasta,” a series of photographs of Jamaican Rastafarians, for the purpose of producing “Canal Zone”—a series of paintings that included collage components that utilized Cariou’s images. The court case had been widely discussed in art circles as it brought questions of authorship and appropriation to the courtroom.

Last April, three judges had declared twenty-five of the thirty works in question to be “sufficiently transformed,” directing the lawsuit that originally concerned copyright infringement firmly into the territory of aesthetics and postmodern notions of authorship. When the appeals court ruled that the twenty-five works of Prince fell within the confines of the free-use exception for manifesting a “different aesthetic,” they ostensibly left the remaining five works in aesthetic limbo. Last year, Prince posted a video online showing him burning one of the disputed works, though it remains unknown as to if the salvaged work was an original, or a symbolic replica. This was an act of resistance as a response to an earlier court order, which was almost adapted, that would have ordered all of the unsold “Canal Zone” works to be sent to Cariou who could destroy or dispose of the works as he saw fit. 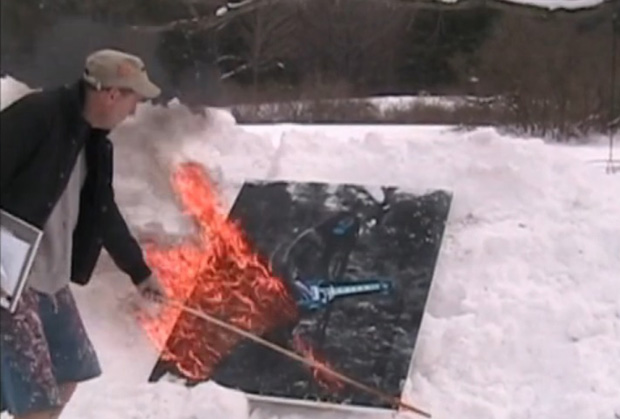 A screenshot from a video that originally appeared on the artist’s personal Twitter account, allegedly showing him lighting one of the contested appropriation works on fire. 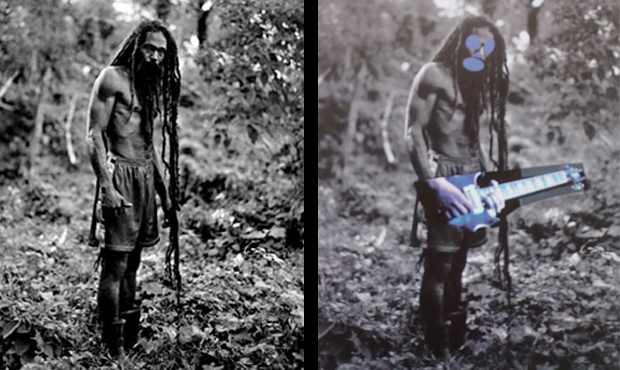 One of the original photographs by Patrick Cariou from his 2000 book “Yes Rasta” (left) and one of Richard Prince’s “Canal Zone” paintings from his 2008 Gagosian show of the same name (right).

The case is now closed, with both sides making a confidential agreement Tuesday to drop charges and pay their own legal fees individually. Although the case closes in relative quietude, it is clear that Prince is the decisive winner, as is conceptual art and its historical lineage of appropriation.

+ The art forgery scandal that just won’t go away is further deferred, as art launderer Glafira Rosales’s time gets put on hold. The revelation of a confidential court document has postponed Rosales’s sentencing until September, when she will face up to ninety-nine years behind bars for providing New York’s Knoedler gallery with counterfeit modernist artworks, as well as years of money laundering and not paying her taxes that resulted in an admittance that cost her eighty-one-million compensatory dollars in 2012. More on the forgery scandal can be read in SFAQ’s October coverage.

+ A 2,500-year-old bronze statue of Apollo found on a Gaza beach made news this week after the BBC claimed that the Louvre had requested the antiquity from Hamas, the Gaza Strip’s governing body. The Louvre has denied such a request but the story waits to be written. The 1,100 lb, 5½-foot-tall Bronze statue of the Greek god of love was found last August by a fisherman in the waters near the Egyptian border of Gaza. The priceless antiquity was given to Hamas in October with the promise that its discoverer, Jawdat Abu Ghurab, would receive the money for its sale. The statue has not been seen since, though did briefly make an appearance on Ebay with an asking price of 500,000 dollars.

+ Statistics about the financial lives of artists and curators are shown on a graph. NPR published a study comparing the economic disjunction between the childhood of workers in many fields and their adulthood reality. Two of the fields included artists and curators. According to the data, a majority of individuals from both groups are raised and end up in the middle class echelons of society. However, according to the findings, artists tend to come from slightly wealthier parents than curators and archivists, but make less money in adulthood in comparison to their parents than do curators. Perhaps this explains some of the animosity felt between some more unruly artists and their more prudent and professionalized curatorial peers. Artists may have had fewer restrictions put on them in childhood, with more freedom arising from more flexible financial obligations. Perhaps it doesn’t help explain anything.