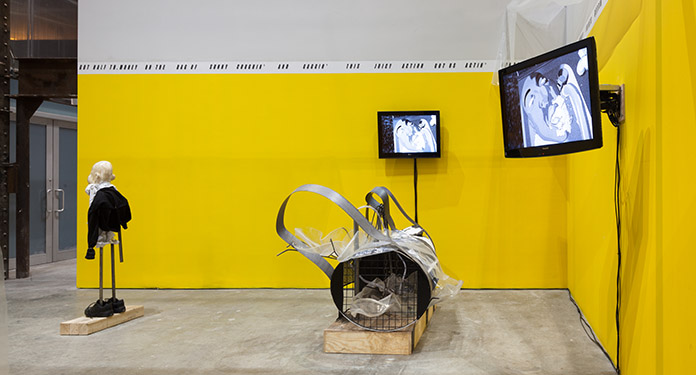 Currently on view at SculptureCenter, New York is a simultaneous presentation of new work by four artists, Rossella Biscotti, David Douard, Radamés “Juni” Figueroa, and Jumana Manna, each artist to have a solo project in an U.S. institution for the first time. For his exhibition at SculptureCenter, “)juicy o’f the nest.,” David Douard is creating new works that explore notions around the literal and figurative underground, or underbelly, of a city, creating an elaborate scheme connecting fruit, fountains, a sofa, as well as other elements. Radamés “Juni” Figueroa is creating is creating a site-specific structure that will reference a previously built tree house in Naguabo, Puerto Rico. The construction will incorporate materials from and related to the tropics, but also from the city.

Jumana Manna is creating a group of new sculptures in relation to her video work, Blessed Blessed Oblivion (2010). The video work references Kenneth Anger’s Scorpio Rising (1963), and examines macho culture in East Jerusalem. Lastly is the U.S. premiere of Rossella Biscotti’s film The Undercover Man (2008). Part of a larger project that includes sculptures, photographs, and a publication, the film is a portrait of Joseph D. Pistone, an FBI agent also known as Donnie Brasco. 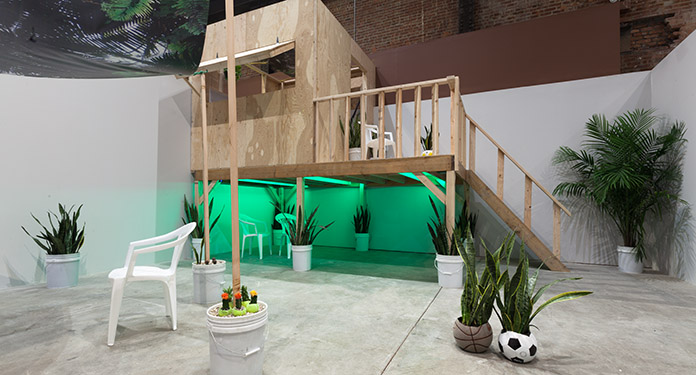 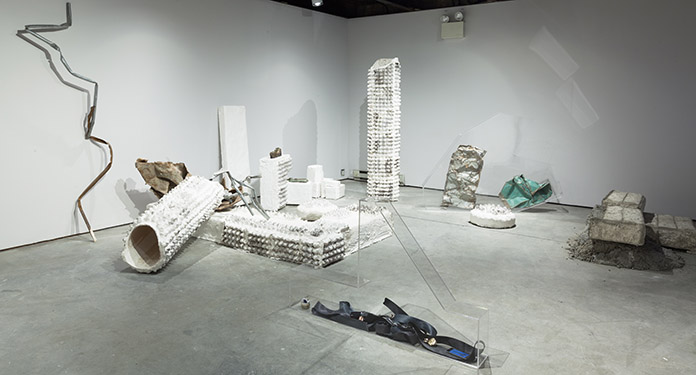