Review: Amy M. Ho, “We Are Only Dust and Shadow” at Et al., San Francisco 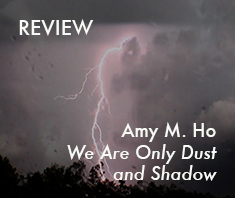 Amy M. Ho, “We Are Only Dust and Shadow” 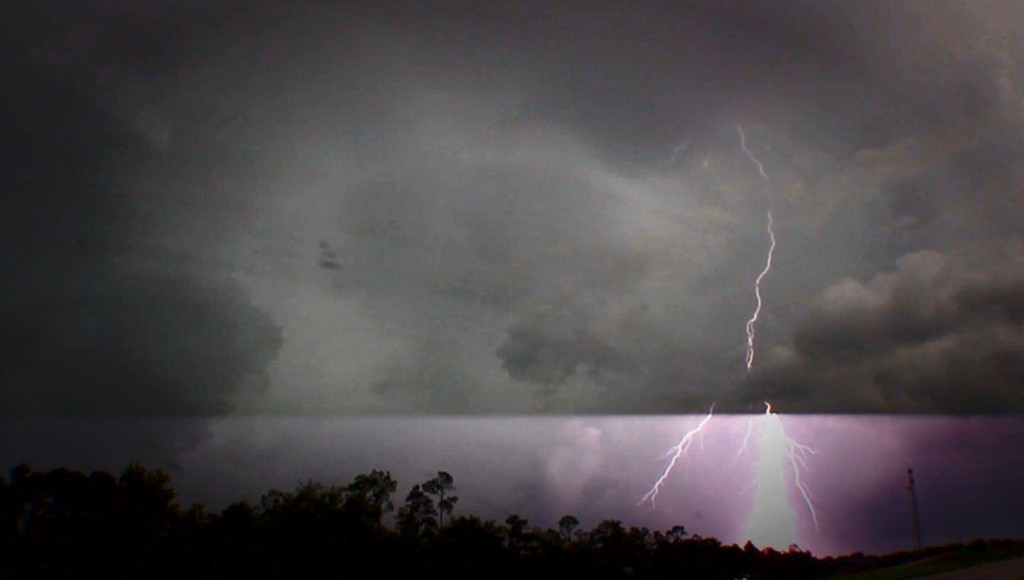 Amy M. Ho’s “We Are Only Dust and Shadow,” currently at Et al. gallery, sponsored by the San Francisco Arts Commission, presents a series of video stills and a visceral video and sound installation, that bring to life the literal, sensory and psychological experience of lightning.

Descending the steps into Et al.’s basement gallery, one is lulled into a dimly lit space by a steady thrumming sound that permeates the gallery, which has been divided into two rooms. The first room presents five small video stills from footage of lightning Ho gathered in Boston, Maine, and particularly in Florida, where she traveled specifically to film lightning. The stills are printed on Duratrans and presented in carefully constructed, uniformly sized, light boxes (each 9” x 3.5” x 5.5”). They capture moments in the video footage when the camera was not fast enough to record the lightning, resulting in visible lines running through the images and a change in color from top to bottom. 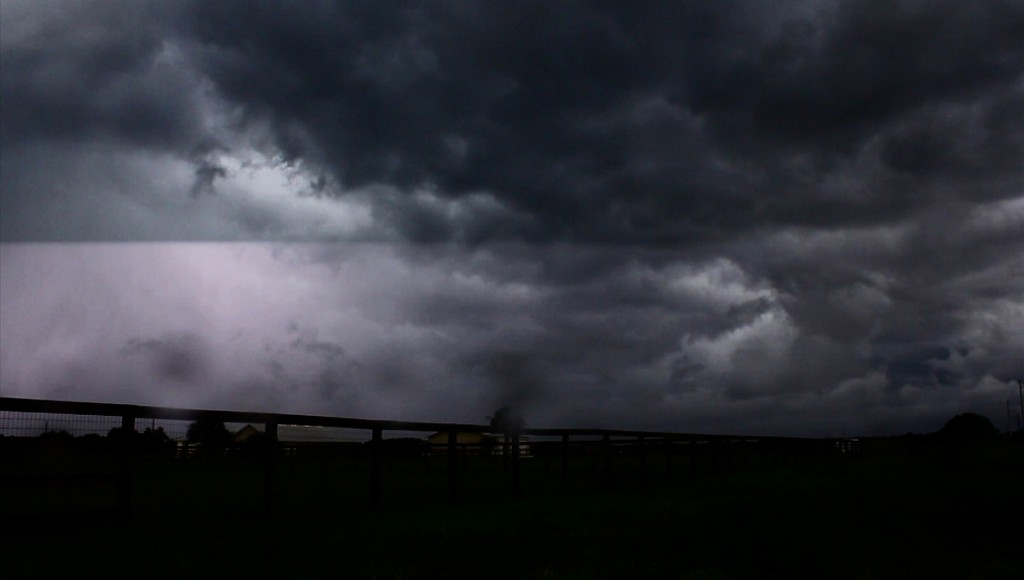 Moving through this room and beyond a curtain, one encounters the video installation after which the show is titled. Video projections of lightning flash intermittently on the four surrounding walls. The thrumming sound piece, which accompanies the projections, sounds like the rhythmic thudding of tires on pavement or wind whipping repeatedly during a storm. It is actually the sound of a gas lamp burning—the artist’s attempt to capture the “sound” of light.

The video footage has been slowed down just long enough to allow the lightning to be visible to the viewer. Meanwhile, the intermittent flashes on each of the walls produces a sensation of the unpredictability of lightning and where it might hit next. The result is disorienting, creating a heightened attunement in the body—an effect that is complemented nicely by the slightly askew gallery walls.

Amy M. Ho, “We Are Only Dust and Shadow,” 2014. Four-channel video projection, dimensions variable. Courtesy of the artist.

“We Are Only Dust and Shadow” simultaneously calls attention to the present moment experience of sounds and projected images within the gallery, while successfully capturing the ominousness and excitement of experiencing actual lightning. It also triggered deeply embodied personal memories of childhood road trips in the Midwest, which sometimes occurred during storms. Interestingly, when the projectors are dark, they cast a subtle, violet hue on the wall that recalls Ho’s more minimalist light works in which she similarly seeks to create a physical and psychological experience for the viewer.

The images in the first room, though stills from the same videos, do not stand as well as individual artworks. Ho often creates meticulous models that serve as studies for her work and often form the bases of her projections.  It is more interesting to think of these light box pieces in that context—as models or studies for the installation. Either way, they end up being distracting as the first encountered artworks. The sensory experience of the primary video and sound piece might have been heightened even further without them so that, lulled down the stairway into this tunnel-like basement gallery by the steady, rhythmic, thudding noise, one would walk through the dimly lit first room, senses already attuned, into the full experience of the installation beyond. Overall, however, this is a successful, potent installation that provides an interesting continuation of the artist’s investigation into phenomenological experiences through large-scale installations and projected imagery. 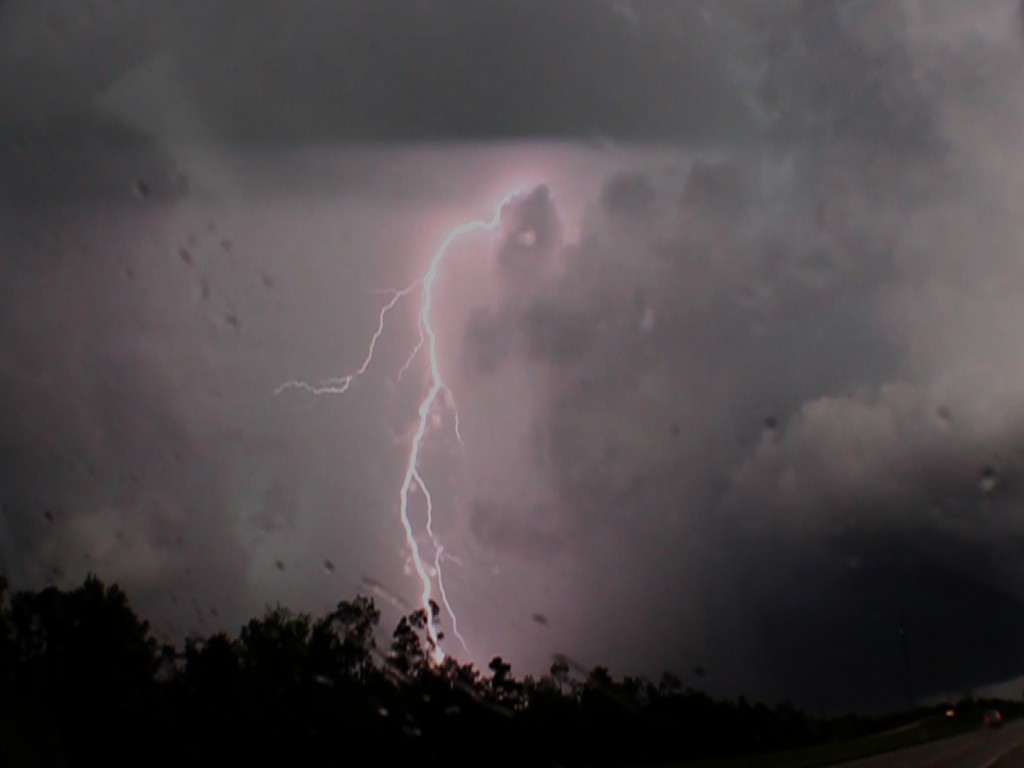 Amy M. Ho, “We Are Only Dust and Shadow,” 2014. Four-channel video projection, dimensions variable (still). Courtesy of the artist.

This exhibition is sponsored by a San Francisco Arts Commission Cultural Equity Grant through an Individual Artist Commission.

For more information about the show, visit Et al.

Previous contributions by Suzanne L’Heureux include: